"I wouldn't fancy fighting Mick or Roy to be honest."

Shay Given has opened up about the 2002 World Cup in Saipan; that infamous Roy Keane bust-up with Mick McCarthy and just how far Ireland could have gone if he had've stayed.

It's a story that's been done to death, but every time you dig a little deeper there's always new light, new perceptions, and information all coming to the fore.

END_OF_DOCUMENT_TOKEN_TO_BE_REPLACED

In case you were living under a rock, or somehow avoided newspapers for 20 years, Keane, who was captain of Ireland at the time, had a huge fight with McCarthy, the manager, regarding the poor playing facilities and accusations about faking injuries. 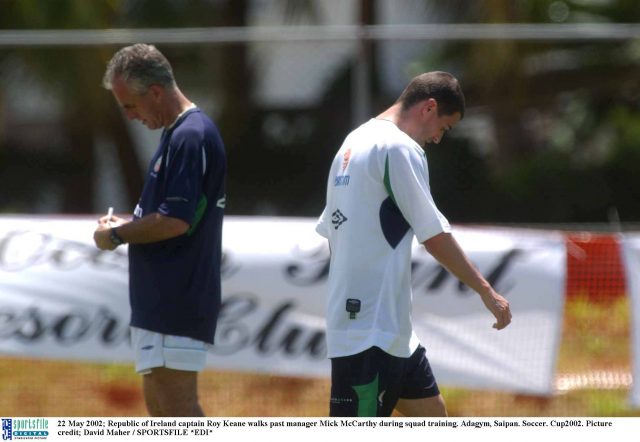 This resulted in the Manchester United star missing the World Cup, and having to watch from afar as his country progressed to the knockout stages, just agonisingly losing out to Spain.

Speaking on the All or Nothing podcast, Given gives his take on the whole situation, and even dares to delve into the 'what ifs'.

"Looking back now, it was mad, it was like being in a bit of a movie, like did that really happen? Obviously there was a big kick off and that's well documented and talked about the last 20 years," said the former Republic of Ireland goalkeeper. 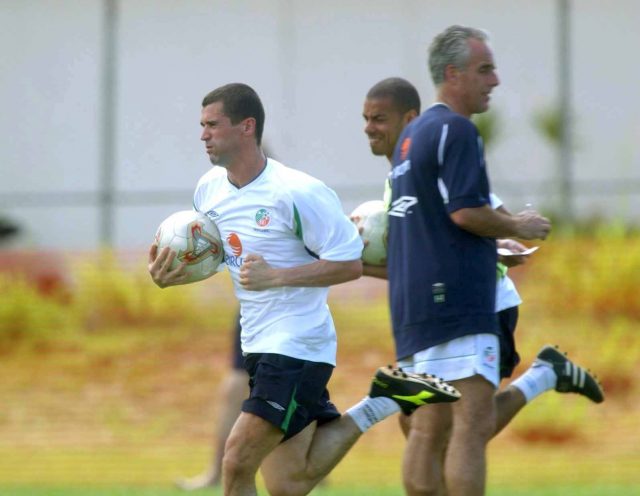 "Obviously Mick and Roy were going at it in front of everyone so it was all guns blazing. I think there was a bit of an edge (between Keane and McCarthy), and it goes back to when they were playing together.

"They had a bit of a kick off on a bus once, after a game or a night out, or whatever it was, so I think there was a bit of history there.

"Roy doesn't forget things like that. I don't know if you could pick sides like - I think in any club, or any team, you have to have someone in charge of the team, and that's the manager, so you have to support the manager. 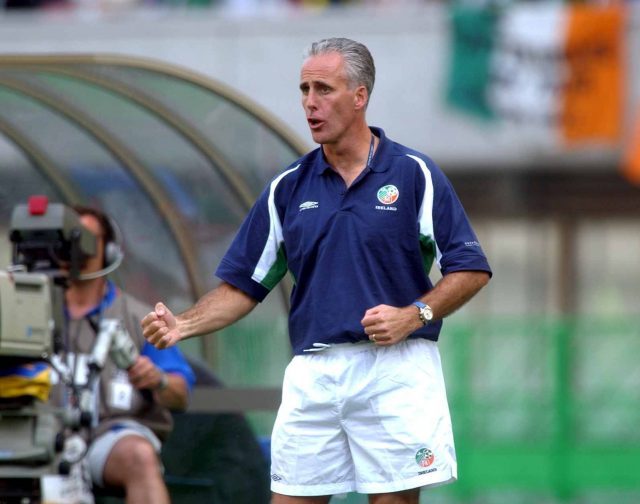 END_OF_DOCUMENT_TOKEN_TO_BE_REPLACED

"I think probably in the cold light of day, if Roy was asked, although he would probably never admit this, but he probably wished it hadn't happened either, and he had played in the World Cup.

Reports have been confirmed that the equipment for training such as footballs, cones etc had arrived late, and the facilities were just not made for football. 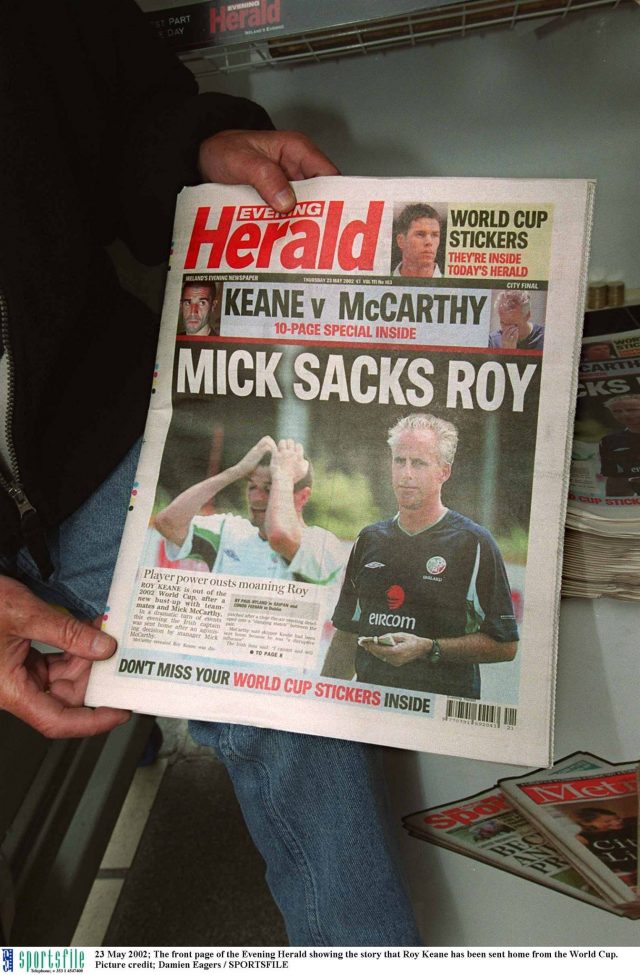 The pitch they were asked to train on was rock hard, and when they sprayed water on it, it ended up more like a bog and was nearly unplayable.

Disgusted by the lack of quality, professionalism and organisation, Keane went on the warpath, and many believed he was right to do so.

"I can obviously understand what Roy was saying, but it was more like an end of season, lads together, bit of training, few beers, getting us together - we said before about a team sort of thing.

"You're playing in a World Cup like, if you never trained at all, without balls, or out there in the carpark, you would still want to play for your country in a World Cup.

"It's one of them things, it happened, and I think the country back in Ireland are even a bit split, maybe not 50/50, but there would be quite a few on each side, and agreeing on both. 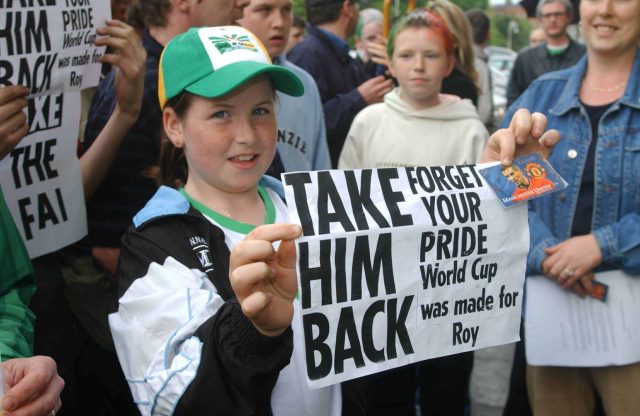 "But I can't get my head around how any player would not want to play for their country, and such a big tournament."

The million dollar question was then put to Given - who would win in a fight between Keane and McCarthy?

"I wouldn't fancy fighting Mick or Roy to be honest. Mick can hold his own but as we all know Roy has a fiery side to him as well, so I wouldn't really fancy getting on the wrong side of Roy either to be honest. 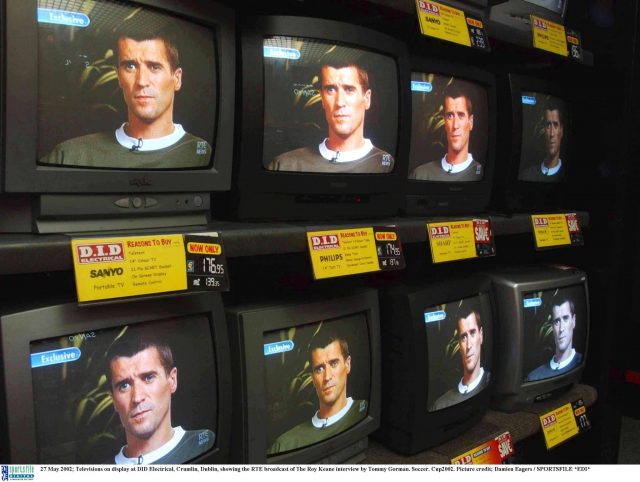 "I probably have done after this interview but it doesn't matter. He knows where I live," he added jokingly.

"Roy is strong in his views about it and what happened, and Mick is strong on his, it just wasn't ideal, even talking about it now, people will take bits of this interview now and go 'Shay Given says this, Shay Given says that' - it's quite a big headline even 20 years does the road, it's big news.

"As a player in that group, you just wish it hadn't happened, and you could have all been together, and went into that World Cup and seen where we went. 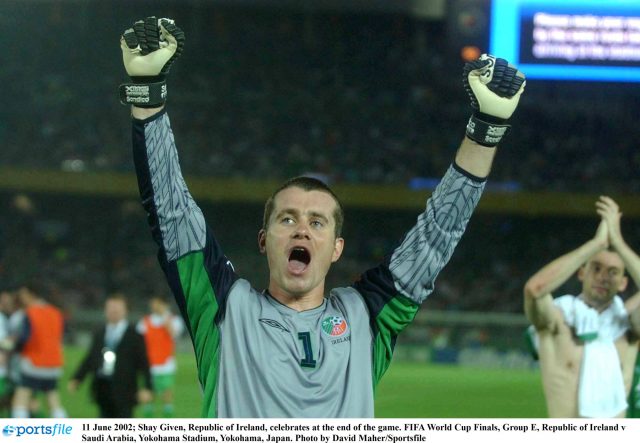 "We deserved [it] - I thought we would go through, but again how far would you go without your captain, arguably your best player, you know, could we have got past Spain that night?

"We performed really well and there's always that question of 'what would have happened if he was there? Could we have done better?' 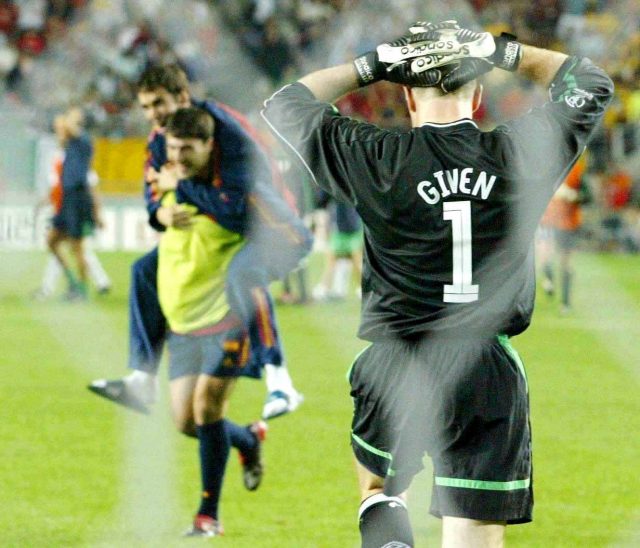 "I think at that World Cup there was a few surprise candidates who got to semi-finals, I know you do dream and stuff, but the next couple of rounds weren't against Brazil or Argentina, they were games where you think 'maybe...'

"You just dream that you could go further, but we will never know; no one will ever know."