"From then on, after those words, his actions have been something else."

Frank Lampard has offered insight into his working relationship with Seamus Coleman, and detailed how the Everton captain helped him steer the club away from relegation.

END_OF_DOCUMENT_TOKEN_TO_BE_REPLACED

The Everton manager said that Coleman is 'one of the best people' he has ever met and singled him out for praise in a dressing room speech during the team's celebrations.

Lampard has since explained why he holds his captain in such high regard and detailed the role Coleman played in helping him ensure Everton avoided the drop. 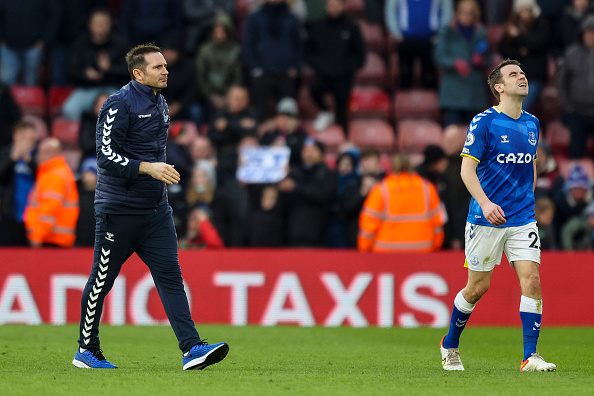 END_OF_DOCUMENT_TOKEN_TO_BE_REPLACED

The former Chelsea manager said that Coleman met with him on his first day in the job at Goodison Park back in January, and spoke about the issues at the club.

Lampard said he could sense that Coleman, as the team's captain and longest-serving player, felt burdened by the position the club were in.

The Ireland skipper, however, set the standards for others to follow as Everton avoided relegation to the Championship.

"On day one, Seamus came to me, sat in my office and was honest about the club," Lampard told Everton TV. 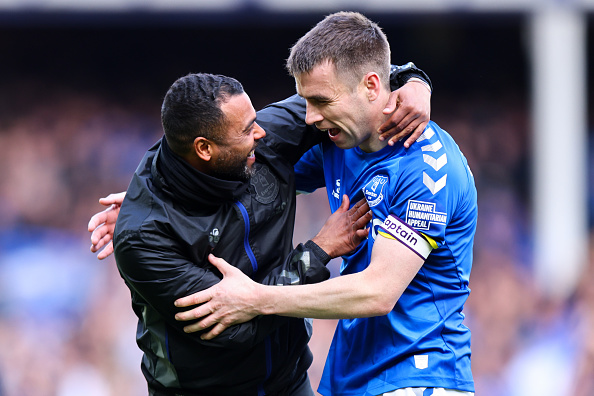 END_OF_DOCUMENT_TOKEN_TO_BE_REPLACED

"I could see straight away the burden Seamus was carrying, in a good way, because he cares so much, and he just wanted to change it.

"From then on, after those words, his actions have been something else: speaking, training, standards every day, performances in games. I have never seen humility like it in my time in football."

Lampard went on to say that Coleman exceeded his expectations and that he was being genuine when he declared that the Republic of Ireland captain is 'one of the best people' he has met.

"I heard a lot of good things about Seamus before I came to the club. He has gone there and beyond," the Everton manager said.

"I was being honest. I have never met anyone who has his morals and standards and he is an incredible player.

"You talk about legends of football clubs and he is certainly one of those.”

"This fella is one of the best people I have ever met" - Frank Lampard on Seamus Coleman.pic.twitter.com/YInR0Y2hTw

The Donegal-native joined the Toffees from Sligo Rovers for £60,000 in 2009 and has made 384 appearances for the club, under 10 different managers.


popular
Liverpool set £60m Mo Salah price as contract talks continue
Glass half full as Derry's positive play produces five fantastic goals to reach All-Ireland semis
QUIZ: How many of the 10 most successful football counties can you name without making a mistake?
Patrick Vieira claims he was 'much better' than Roy Keane in new interview
Éamonn Fitzmaurice explains Aidan O'Shea's best position and how it can be used against Kerry
"All of a sudden he had me midfield with Niall Scully. We played Na Fianna and I was chasing after Eoin Murchan."
Conor McGregor and Floyd Mayweather 'in talks' about a rematch
You may also like
4 days ago
Josip Juranovic may depart Celtic as Premier League clubs chase transfer
4 days ago
Rio Ferdinand on the four Man United players who could be sold this transfer window
5 days ago
Glenn Whelan highlights Rory Delap's importance under 'Pulis-ball' at Stoke City
5 days ago
Burnley name their price for Nathan Collins with two Premier League clubs interested
6 days ago
Chelsea ready to 'make move' for Raheem Sterling
6 days ago
Investigation launched into Granit Xhaka booking after huge bet placed
Next Page