"One of the best people I have ever met."

Frank Lampard paid an emotional tribute to Seamus Coleman in the Everton dressing room after the Toffees secured their Premier League status.

Everton came from two goals behind to beat Crystal Palace 3-2 at Goodison Park on Thursday night. The dramatic win ensured that they would extend their 68-year stay in the English top flight. 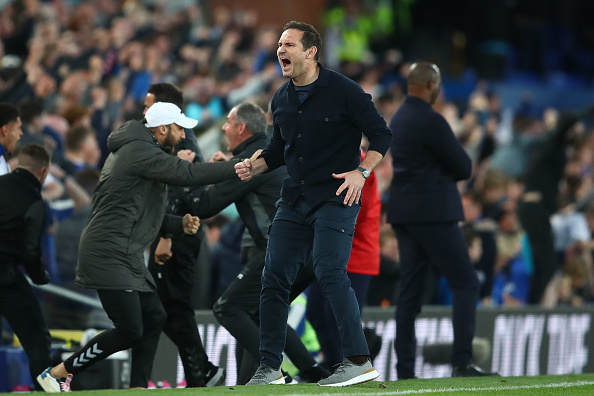 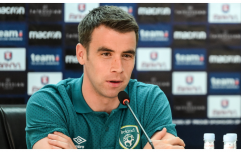 END_OF_DOCUMENT_TOKEN_TO_BE_REPLACED

Michael Keane, Richarlison, and Dominick Calvert-Lewin scored for Everton on the night, but it was Coleman who Lampard first singled out for praise in the dressing room after the final whistle.

Everton's captain and the club's longest-serving player has been the team's leader throughout a difficult season, and his manager appeared grateful for his hard work and professionalism. 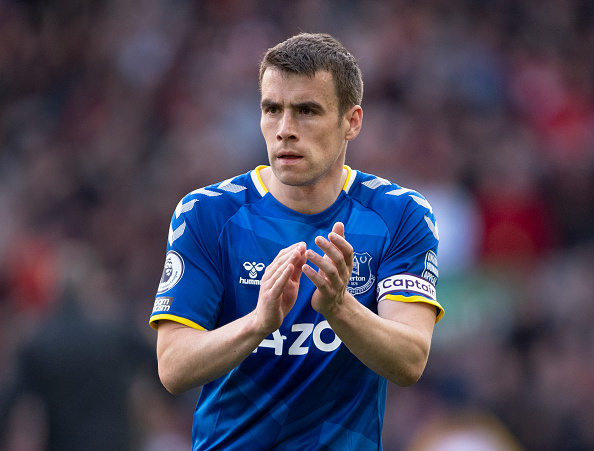 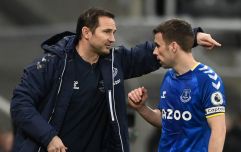 END_OF_DOCUMENT_TOKEN_TO_BE_REPLACED

Lampard said that Coleman is 'one of the best people' he has encountered in the sport.

"This fella, to say in front of everyone, is one of the best people I have ever met, as a man and a player," Lampard said about Coleman before giving the Everton skipper a hug.

"This fella is one of the best people I have ever met" - Frank Lampard on Seamus Coleman.pic.twitter.com/YInR0Y2hTw

Frank Lampard on Everton staying in the Premier League. 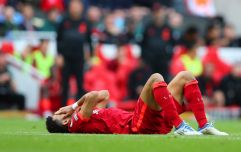 END_OF_DOCUMENT_TOKEN_TO_BE_REPLACED

Speaking to Sky Sports following the game, Lampard paid tribute to the character of his team.

"What we've just seen, it's Premier League safety, it's not Champions League," he said.

"But what it means to the club and the circumstances they were given in.

"The character of this club, the fans, players, just got us through. The spirit of the club was immense. 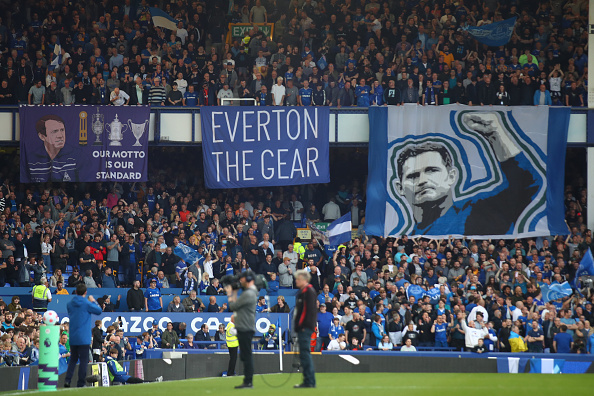 "There are a lot of people who work so hard for that, the players, the board, the fans, my staff.

"It's a huge night for Everton and now we want to take that forward."

Lampard took charge of the Toffees at the end of January after Rafa Benitez was sacked.

Under the former Chelsea midfielder, Everton have won six out of their 17 Premier League games and accumulated enough points to be safe before the final day.


popular
Liverpool set £60m Mo Salah price as contract talks continue
Two All-Ireland quarter-finals to be streamed exclusively live on NOW
Patrick Vieira claims he was 'much better' than Roy Keane in new interview
QUIZ: How many of the 10 most successful football counties can you name without making a mistake?
Matt Le Tissier says he asked Sky Sports why they never sacked Jamie Carragher
Ex-Real Madrid defender reveals he used to turn up to training drunk
Éamonn Fitzmaurice explains Aidan O'Shea's best position and how it can be used against Kerry
You may also like
3 weeks ago
Carlo Ancelotti insists Everton fans want Real Madrid to beat Liverpool
1 month ago
Everton fan slaps Joachim Andersen on the bum for shoving Dele Alli
1 month ago
Burnley and Leeds write to Premier League over concerns about Everton breaching financial rules
1 month ago
Dele Alli praises 'legend' Seamus Coleman after Everton avoid relegation
1 month ago
OPINION: Pitch invasions have taken on a sinister edge, it needs to stop
4 days ago
The incredible ways Sadio Mané has helped to transform his home village in Senegal
Next Page