The Republic of Ireland's inspirational captain and talismanic full-back suffered a horrific double leg break in the last World Cup qualifier against Wales.

The Donegal native has been shown lots of support since the tackle by Neil Taylor - with Ronald Koeman and his Everton backroom team travelling to Killybegs ahead of handing the 28-year-old a deal that will keep him with the Toffees until 2022.

Today we visit Seamus Coleman and his Family! Looking strong and positive pic.twitter.com/T0bSx5yCoI

END_OF_DOCUMENT_TOKEN_TO_BE_REPLACED

This week it is Coleman's turn to show his support - travelling to Dublin to be with Martin O'Neill's squad as they prepare for Sunday's qualifier against Austria at Aviva Stadium.

Assistant manager Roy Keane told reporters on Friday that Coleman is in good spirits, saying it was "great" to have him in Abbotstown.

Roy Keane: It's great to have him back in. It's nice to see him, he seems in good spirits. His recovery is the main thing. #COYBIG pic.twitter.com/4MUSobOQrn

Jon Walters appears to be fit to play after sitting out training on Wednesday and could be in line to captain the side again after his star turn against Uruguay.

But the squad are sure to get a boost from captain Coleman taking the time out of his holidays/recovery to lend his support ahead of the final game this season. 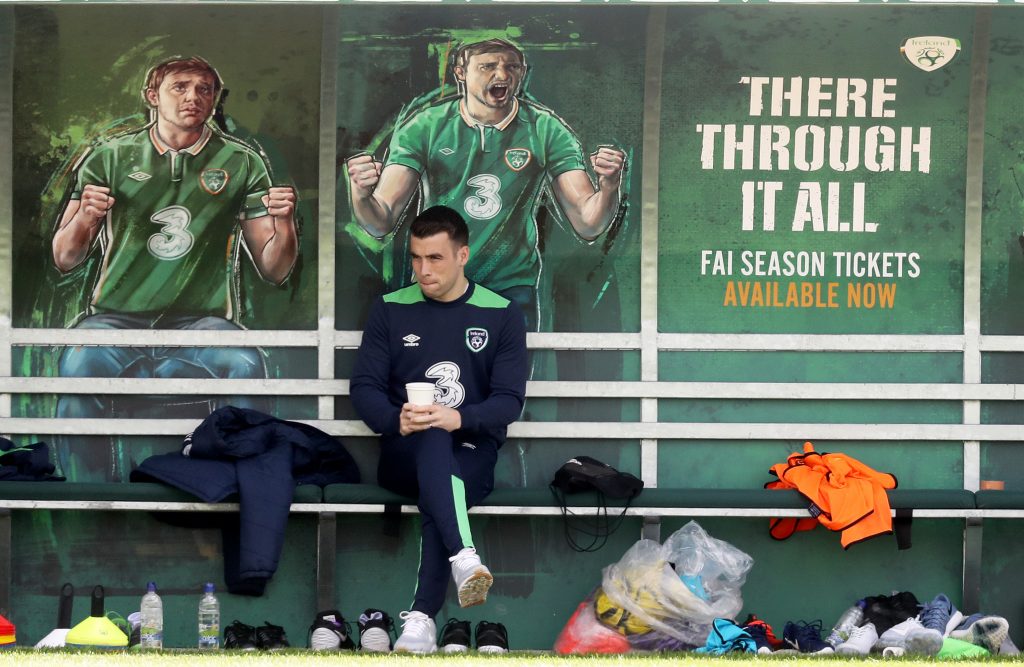 
popular
Spicy Donegal semi-final the highlight of a rip-roaring weekend of GAA on the tv
Shane Walsh: 'That's not how I was coached to play football. No one was coached to play football that way'
"Ah, come on!" - Richie Sadlier and Didi Hamann couldn't even agree to disagree on Griezmann's red
Seven exciting Ireland prospects pushing for November squad inclusion
"Where Johnny Sexton is so important to us now is being able to pass the baton"
Derry club win county final factfile games with extravagant set of jobs
Luiz Felipe in tears after bizarre red card after full-time whistle
You may also like
1 week ago
Ireland manager Stephen Kenny admits that "60 to 70% of our best players are defenders"
1 week ago
Claiming Callum Robinson has 'silenced his critics' with goals misses the point
1 week ago
Chiedozie Ogbene gives a brilliant interview after leaving Nemo Rangers behind to chase soccer dream
1 week ago
Callum Robinson performance shows Ireland what could have been
1 week ago
Adam Idah ready to play, but Ireland hit with late blow ahead of Azerbaijan clash
1 week ago
The Ireland XI that should get a much-needed victory in Azerbaijan
Next Page