Former Manchester United captain Roy Keane has said that Arsenal got out of jail with their 2-2 draw against CSKA Moscow on Thursday night.

Arsenal trailed CSKA 2-0 in the second leg of their Europa League quarter-final as goals from Fyodor Chalov and Kirill Nababkin pulled Moscow within one goal of levelling the 4-1 aggregate score from the first leg at the Emirates.

Second-half goals from Danny Welbeck and Aaron Ramsey secured the Gunners a 6-3 win on aggregate but Keane said that the type of mistakes that Arsenal made against Moscow will cost them in the latter stages of the tournament. 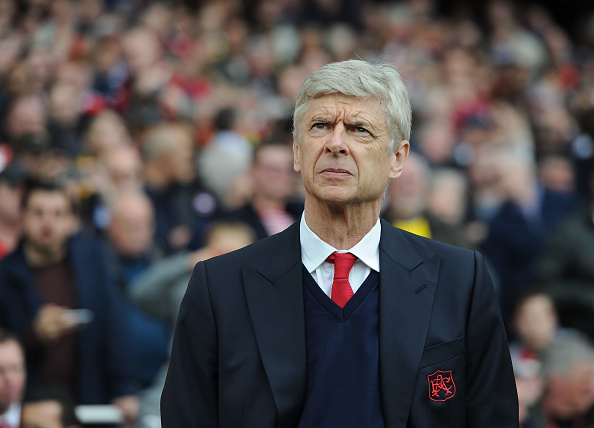 END_OF_DOCUMENT_TOKEN_TO_BE_REPLACED

"Obviously they were dreadful for the first 75 minutes. I'm sick of saying it if you start a game slowly you're in for a tough night," Keane said on ITV's post-match coverage.

"We've seen it over the last week or so with better teams than Arsenal starting slowly and heading for trouble. Arsenal did exactly the same. They got out of jail with a bit of quality from Welbeck, but yeah, the first 75 minutes, Arsenal were shocking. Really bad.

"But we've seen the best and worst of Arsenal. Then when they got the goal back you always felt they'd get a positive result but football is about setting yourself high standards, and I just thought Arsenal got out of jail tonight a little bit.

"Where was the intensity? You have got to play football with intensity. No one closing the ball down.

"The danger for the manager is that you're looking at Arsenal and you're probably thinking that you don't know what you are going to get, and that is not a great trait to have as a team.

"But Arsenal certainly have the quality to hurt teams, but I think certainly in the semi-final they won't get away with the mistakes they have been making with the teams left in the competition." 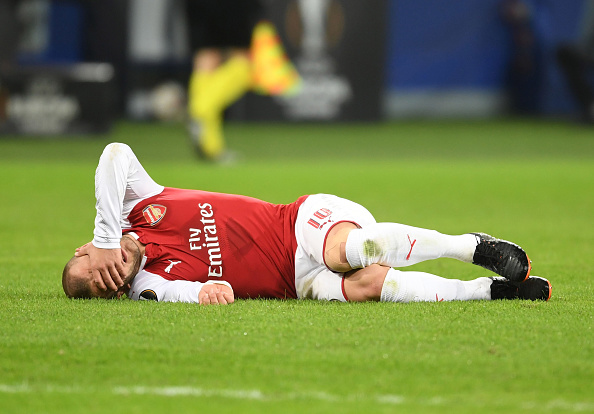 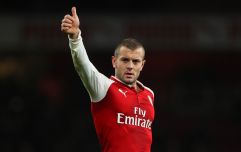 END_OF_DOCUMENT_TOKEN_TO_BE_REPLACED

Keane also singled out Arsenal midfielder Jack Wilshere for his performance after calling him the 'most overrated player on the planet' earlier this season.

Wilshere was a second-half substitute for Calum Chambers and Keane said that the England international is starting to drift in his career as he approaches this summer's FIFA World Cup in Russia.

"You need to be fit if you're going to be a footballer playing at the top level of the game. Every time I see him he's either getting treatment or carrying a knock.

"Listen, maybe people think that I've been harsh on him but I just can't see it. I've never been a big fan of his.


popular
Mario Balotelli, Luis Suarez, Fernando Torres and why Rio Ferdinand "hated them"
"I remember just hugging this Irish guy" - How one Kiwi rugby star reacted to Ireland's historic series win
"I don’t trust you" - Joey Barton delivers brutal dismissal of Irish defender
Gatecrashed interviews and chip-shop previews - Wexford GAA's online coverage sets the standard
"I'll ask for everyone that comes to the game to wear purple and roots for us" - Pat Fitzgerald
The FootballJOE Pub Quiz: Week 49
Javier Hernandez offers to play for Manchester United for free
You may also like
1 month ago
Tottenham fans will love Richarlison's Arsenal Instagram message after transfer
1 month ago
Richarlison 'wouldn't get into Arsenal's starting XI' claims Jack Wilshere
1 month ago
Patrick Vieira claims he was 'much better' than Roy Keane in new interview
1 month ago
Investigation launched into Granit Xhaka booking after huge bet placed
2 months ago
Thomas Partey announces he is changing his name to Yakubu
2 months ago
Yves Bissouma hints at Arsenal move in cryptic Instagram post
Next Page