One person that was certainly not getting excited about Anthony Martial scoring three pre-season goals was Roy Keane.

The former Manchester United captain has been strong, in the past, on Martial not realising his early potential. Even were United to keep Martial for the season, Keane does not believe he is credible competition for Cristiano Ronaldo.

"You can't think Martial is the answer," Keane told Sky Sports. "He isn't. He's had a decent pre-season - big deal.

"They haven't got enough options [up front], which might change over the next few weeks. But from a football point of view, you have to hold on to Ronaldo. You can't just let him go without the back-up behind it."

END_OF_DOCUMENT_TOKEN_TO_BE_REPLACED

United have been linked with the likes of Antony, Cody Gakpo and Leroy Sane, in recent days, and The Guardian report they are interested in Bologna striker Marko Arnautović, and have offered £10m for the former West Ham star.

Resolving the Ronaldo issue will be close to the top of Erik ten Hag's agenda, but Keane believes the new United boss has a bigger challenge to sort out. 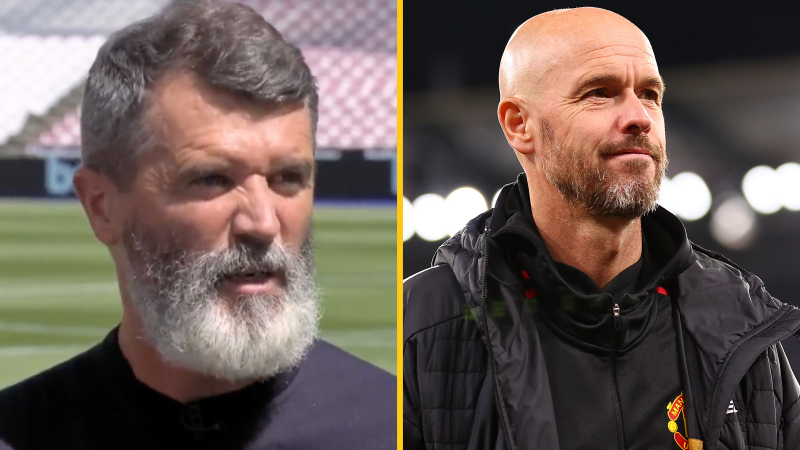 In a chat about how Erik ten Hag will fare at Manchester United, Roy Keane settled on a lot of positive stories that have circulated about the new manager's training and workout regimes.

"These players have to work hard. Your talent can only get you so far. So I think that's his biggest challenge - changing the culture at Old Trafford."

🗣 "There's a lot of PR from United. They're training properly? Praise the lord that's what you're supposed to do."

Roy Keane is hopeful, too, that ten Hag will have a real say in getting in the types of players he wants at the club.

"You are hoping he has got that power with the people above him with recruitment," said Keane. "There have been changes with the chief executive, you hope that will be pretty straightforward, but there has definitely been issues with the previous manager in terms of getting players in, which is a huge part of the job.

"No doubt he is a brilliant coach, we see that, his CV is fantastic and the players are enjoying it, but you need that strength in depth that United have not got.

"He has also mentioned in a number of his interviews about the culture of the club, which has to change. We have seen it with too many United games last year, players not working hard enough, not running, not sprinting - he has to change that mind set because United do have a lot of talented players."

52-year-old ten Hag has coached Go Ahead Eagles, FC Utrecht and Bayern Munich's second team, over the past decade. His greatest success was with Ajax Amsterdam, as he led them to three Eredivisie titles in five years at the helm.