The latest injury hold-up for Anthony Martial has highlighted the club's need for more attacking options.

Manchester United may turn to former Man City player Leroy Sane to strengthen their attacking options for the new season.

United begin their Premier League campaign with a home tie against Brighton, on Sunday afternoon, and Martial is unavailable due to injury. Cristiano Ronaldo has declared himself ready to play and Erik ten Hag also has Marcus Rashford, Anthony Elanga and Jadon Sancho to call on.

END_OF_DOCUMENT_TOKEN_TO_BE_REPLACED

Ronaldo's future with the club is not certain, though, and United were reliant on his 24 goals last season. Should the 37-year-old leave, to find Champions League football with another club, United will need to find another source of goals.

Ten Hag had been looking to bring in Antony from his old club, Ajax but United are wary of over-paying for the Brazilian winger. United had been hoping to get Antony for a fee in the £55-60 million range, but Ajax have demanded £80m.

There have been several outgoings from the Eredivisie champions, this summer, including defender Lisandro Martinez heading to Old Trafford. Along with Martinez, Ryan Gravenberch, Sebastien Haller, Nicolas Tagliafico and Dominik Kotarski have all left Amsterdam in recent weeks.

United have been scouting around for other attacking options, though, and two players are reportedly atop that list. 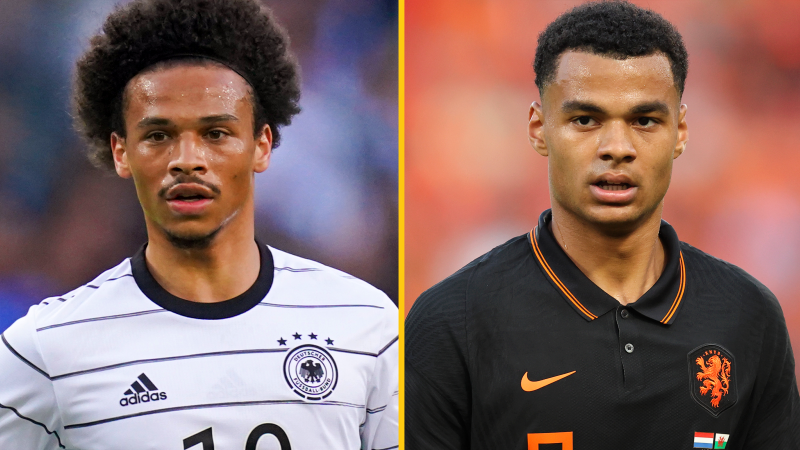 END_OF_DOCUMENT_TOKEN_TO_BE_REPLACED

Believing the price for Antony may be several million too high, Manchester United are looking at Dutch winger Cody Gakpo and former City attacker Leroy Sane.

The Mirror reports that United have made an enquiry with Bayern Munich about their 26-year-old attacker. The German international has been with Bayern since 2020 and has scored 25 goals in 91 appearances with the Bundesliga giants.

END_OF_DOCUMENT_TOKEN_TO_BE_REPLACED

The arrivals of Sadio Mane from Liverpool and Mathys Tel from Rennes may limit his playing time, so a healthy bid could tempt Bayern to make a deal.

Back in April, Gakpo told The Sun of his admiration for the Premier League, and said he enjoys watching Liverpool and Arsenal most. He commented:

"We are not the same kind of league but I think we try to look at the Premier League and learn about it. Everybody wants to play one time in the Premier League. I don’t favour one team but I like Arsenal a lot. I looked up to Thierry Henry when I was younger because he was a tall guy who played on the wing."

Gakpo has been on the books with PSV since 2016 and made his senior team debut in 2018. He has played 137 games for Ruud van Nistelrooy's side and scored 43 times.

The 23-year-old had a breakthrough season in 2021/22 and scored 21 times in 47 games, winning the Dutch Footballer of the Year accolade. He has scored twice in seven caps for The Netherlands. He could be available for around £40m but PSV may dig in if they qualify for the Champions League group stages.