Even the most optimistic of Manchester United supporters would have expected a trip to Eastlands to be a considerable step-up from the recent challenges against Liverpool and Arsenal. Did they expect to be 4-0 down at half-time again? Surely not.

END_OF_DOCUMENT_TOKEN_TO_BE_REPLACED

Erling Haaland and Phil Foden scored two goals apiece as the league champions cut their city rivals to ribbons in a merciless first half performance.

Watching from the Sky Sports studio, Roy Keane could scarcely believe what he was seeing and he tore into Erik ten Hag's side during the half-time break. 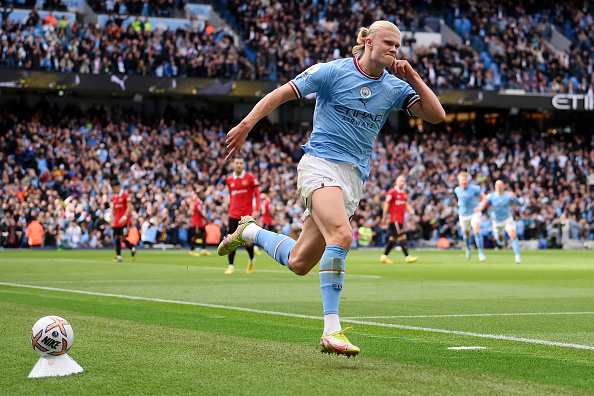 END_OF_DOCUMENT_TOKEN_TO_BE_REPLACED

Up in the commentary gantry, Gary Neville declared, "The players have bottled it, no doubt," after Manchester City went 3-0 ahead. He noted how the United players 'looked really nervous' and were giving away possession.

"There is no aggression, it is far too easy for Man City. Everyone is sleeping.

"You have to stop the cross, Eriksen is sleeping, Foden goes off the back of him. Eriksen has him here, he just switches off. One touch finish. Worst start ever for Man United."

"If we needed a reminder of how good City are," he added, "but, my God, I seriously can't believe what I'm watching. It's almost like the occasion is too big for them.

"I can't believe how bad Man United have been. It's not about counter-attacks now. It's about pride and personality, but they're not showing it."

Roy Keane reflects on a dismal first half for United...👀🔴 pic.twitter.com/UamckxHY6T

Ahead of the match, Roy Keane and Alfie Haaland came close to each other - in their punditry guises - on the Etihad sideline, but there was no reunion for the old rivals.

This is the fourth time since the start of the 2020/21 season that Manchester United have conceded four goals in the first half of a league game.