In a Manchester derby, 21 years ago, Roy Keane bided his time before crunching into Alfie Haaland and getting right in his face, before a deserved red card was shown.

Keane had brooded long and hard over what he felt was Haaland goading him as he lay injured on the Elland Road turf, in 1997, when he suffered a torn cruciate. Four years later and Haaland, having moved from Leeds to Manchester City, had a target on him. In his 2002 autobiography, Keane wrote:

'He was winding me up from the beginning of the game. Five minutes from time... I lunged forward at Haaland. I was trying to trip him rather than kick him. I knew it would probably mean a booking but, f**k it, he'd done my head in.'

END_OF_DOCUMENT_TOKEN_TO_BE_REPLACED

Keane would get banned for the red card and copped an additional sanction after that book, and that claim, was published. Two decades on and much water has passed under the bridge. The former Manchester United captain has even taken Haaland jokes in good humour, on recent broadcasts.

An attempt to reunite the pair, down on the Etihad Stadium pitch, before today's Manchester derby did not go as planned, though. 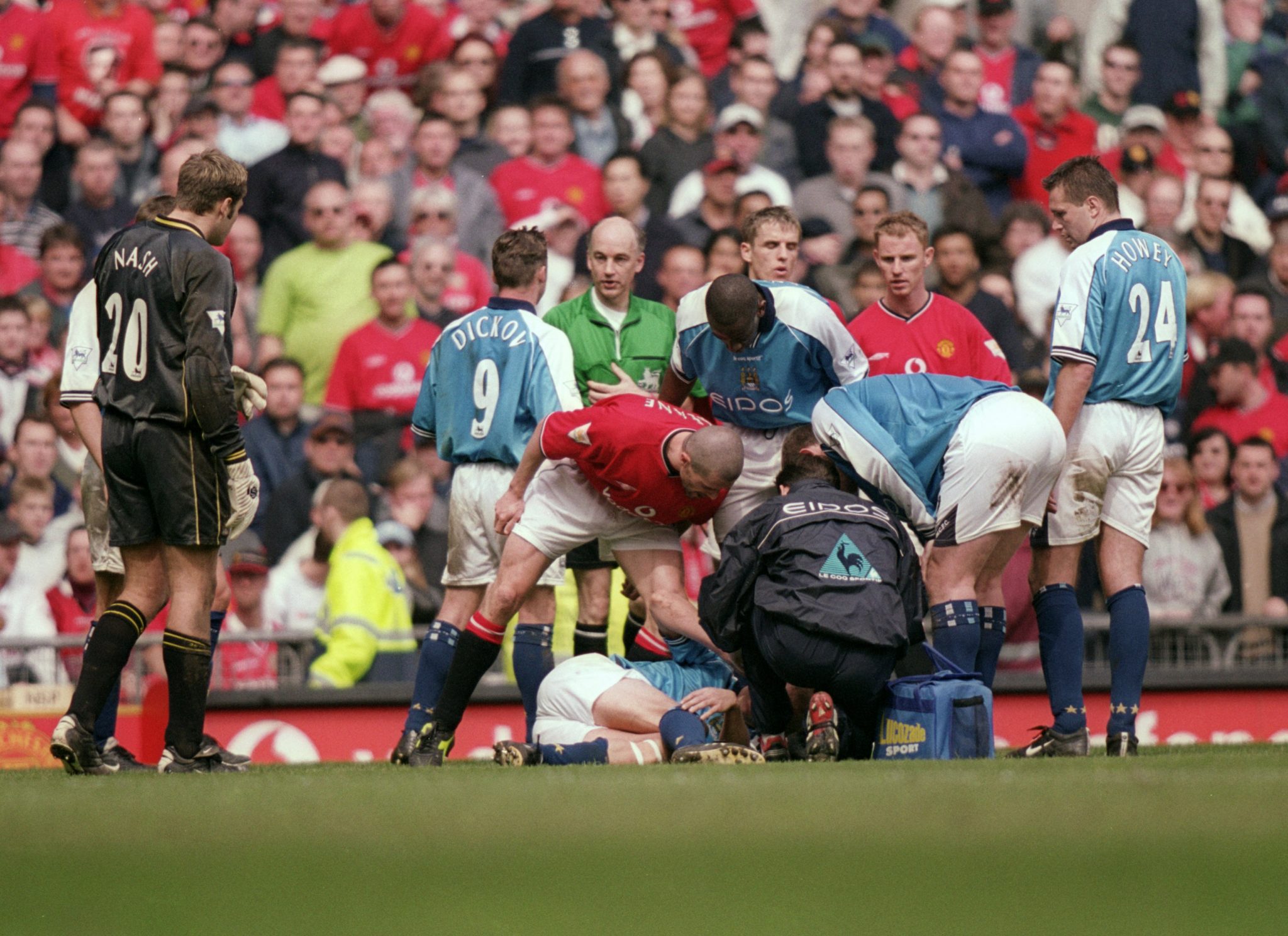 'Closest they've been in 20 years'

END_OF_DOCUMENT_TOKEN_TO_BE_REPLACED

As Roy Keane was doing his punditry duties for Sky Sports, at the Etihad Stadium, Alfie Haaland was working on the game for Scandinavian broadcaster Viaplay.

Ahead of City's home tie with crosstown rivals United, Jan Aage Fjortoft caught up with his former Norway teammate. Alfie Haaland spoke about still (just about) leading his son, Arling, in goals scored for City and his time at the club.

For @ViaplayFotball I met the Haaland with the most Premier League - goals for City…..@alfiehaaland pic.twitter.com/vdn2G0bIpt

END_OF_DOCUMENT_TOKEN_TO_BE_REPLACED

As Roy Keane and the Sky Sports team were broadcasting so close, there was an attempt to orchestrate a handshake between the former United star and Haaland.

According to Samuel Luckhurst of Manchester Evening News, though, the reunion was not to be.

Roy Keane just in front of the centre circle and Alfie Haaland is about 25 yards away pitchside. A broadcaster has unsuccessfully attempted to reunite them today. #MCIMUN

Roy Keane and Alfie Haaland sharing a touchline at the Etihad. Closest they’ve been for over 20 years… pic.twitter.com/uPJXu2jZvZ

Sky Sports with a pitchside studio today, Roy Keane and Micah Richards having a chat before going on air. Fifteen yards down the touchline Alfie Haaland is talking to the Norwegian TV crew #mcfc #mufc

Ahead of the game, Keane praised Erling Haaland as 'a machine' who 'is brilliant to watch and so hard to stop'.

A big fan of Haaland Jr.

Still not sold on Haaland Sr.