Roy Keane vs. Jordan Pickford: A history of one-sided violence

If that is what Roy Keane makes of Peter Schmeichel - one of the greatest goalkeepers the Premier League and European football has ever seen - then God help David De Gea and Jordan Pickford.

On Monday, Keane selected his greatest Manchester United XI of the Premier League era. Schmeichel got the nod of the former United captain, getting the No.1 jersey ahead of Edwin van der Sar and De Gea. During the discussion, Keane remarked, "Goalkeepers get too much praise, when they make a save."

One player that has rarely done well on the Roy Keane 'Praise to Scathing Criticism Ratio' is Jordan Pickford. For the past three seasons, Keane has taken a particular interest in the England international, and rarely likes what he sees. 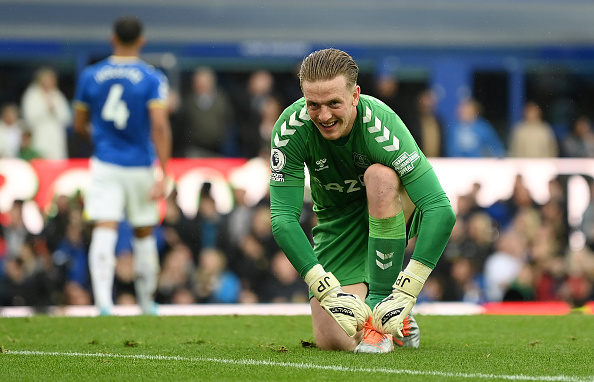 Jordan Pickford of Everton interacts with the crowd as he adjusts his laces in the final minutes of a Premier League match against Chelsea, at Goodison Park. (Photo by Michael Regan/Getty Images)
Advertisement

On punditry duty for ITV at the 2018 World Cup, Roy Keane was not getting as carried away as others on the desk when assessing how Pickford had fared in what was ultimately a tough semi-final exit at the hands of Croatia.

"Pickford makes a great save but that's his job," Keane reflected, at one point.

END_OF_DOCUMENT_TOKEN_TO_BE_REPLACED

This harks back to Keane's belief that most self-respecting goalkeepers should not be beaten from 25 to 30 yards out. Back when he was Sunderland manager, he strapped on some goalkeeping gloves and, to prove a point to his goalies, bet his outfield players cash to see if they could beat him from range.

He ended up winning £800 off his players but annoying Craig Gordon and the other Black Cats goalkeepers in the process. "I hadn't meant to," he later admitted. 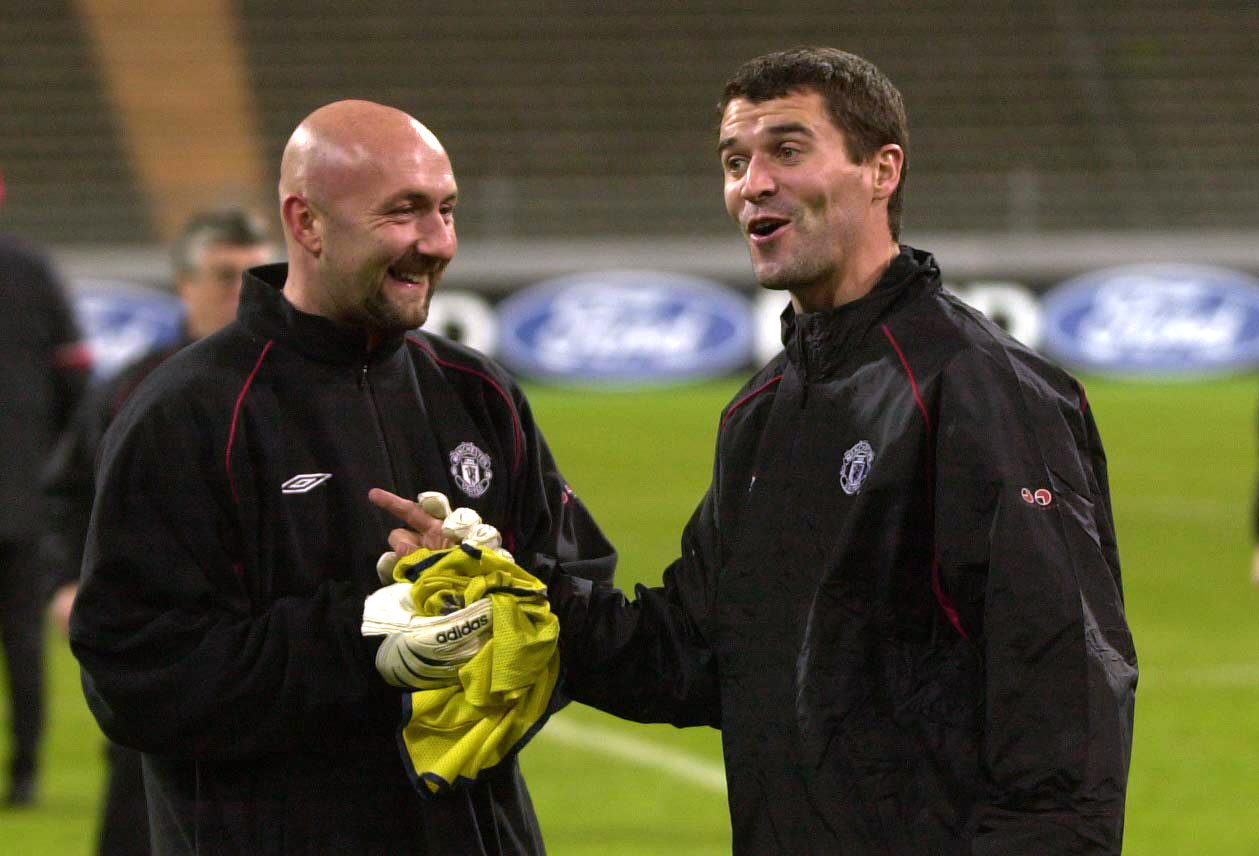 Roy Keane and Fabien Barthez during a Manchester United training session at the Olympic Stadium, in Munich. (Credit: Clive Brunskill/ALLSPORT)

A long-range strike from Bruno Fernandes proved too much for Jordan Pickford, in the Everton goal. The Toffees stopper got a glove to the shot but let the ball go under his arm and in.

When fellow Sky pundit Graeme Souness tried to argue that the ball was moving about, Keane cut in:

KEANE: I don't care. He's not a good goalkeeper.

"Gareth Southgate is watching, you're not impressing him."

Keane even went so far, on ITV, as to say Nick Pope should start in goal for England at Euro 2020 [held in the summer of 2021] as Pickford has 'got a mistake in him'.

"I wouldn't trust Pickford, to go and win a big tournament. His form at club level doesn't suggest that. He's got a mistake in him. Not for me...

"Pope has a good temperament. I look at Pickford sometimes and his head looks all over the place. I go back to when Joe Hart was in goal [for England] and he seemed too lively; too giddy in the tunnel."

As he watched England taking on Denmark in the Euro 2020 semi-final, at Wembley, Keane remarked to his fellow ITV pundits, Gary Neville and Ian Wright, that a Danish goal was coming.

The Danes had started well, and threatened an opener, before Mikkel Damsgaard curled a free-kick in, over the wall and past Pickford.

"It's just really sloppy from Pickford," Keane remarked, at half-time, with Neville going on to add the ball goes 'in the centre of the net, and the goalkeeper has got to save that'.

Jordan Pickford saved shoot-out penalties from Andrea Belotti and Jorginho but it was not enough for England as they lost 3-2 to Italy.

Following the game, Keane gave special mention to Pickford and Gianluigi Donnarumma, saying, "Instead of criticising players that missed [penalties], I admire them for stepping up. And all credit goes to both goalkeepers for making some brilliant saves." 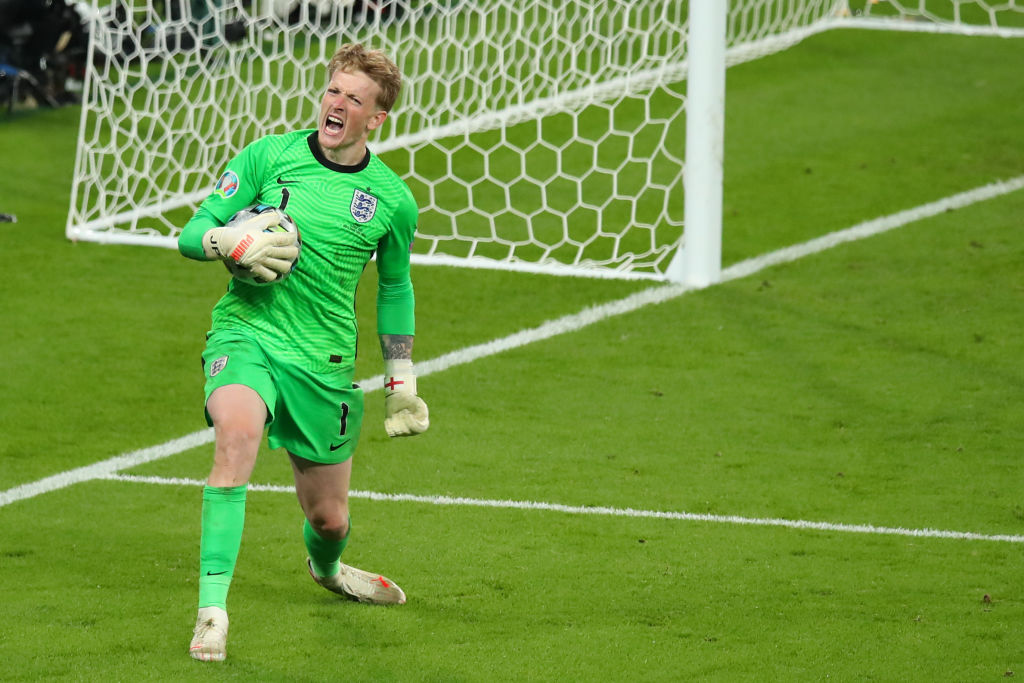 Earlier this year, Keane was in the ITV studios to discuss England's 2-1 friendly win over Switzerland. The Everton goalie denied Granit Xhaka, earlier in the game, but made a memorable, point-blank save to keep out Fabian Frei.

"I wouldn’t say I’m his biggest fan," Keane admitted, "but it’s a brilliant save... Gareth [Southgate] has got great faith in him, that’s the most important person. He picks them and looks at them over the last few years. He’s got a lot of credit in the bank and Gareth feels he’s never let him down."

Looking back on an Everton win over Chelsea, at Goodison Park, Keane was on Sky Sports and reflected on some of the Toffees' "disgraceful" time-wasting in the closing stages.

"Pickford, the goalkeeper, made some brilliant saves," said Keane, "but his time-wasting was disgraceful, but I totally get it. They have to win a game of football... look where Everton are. You're fighting for your lives, you're fighting for survival."

As for Jordan Pickford and what he makes of criticism from the likes of Roy Keane, Gary Neville, Lee Dixon, and others, in September 2021, he remarked, "Let them talk.

"It’s noise. And I feel like I’ve got my job to do, they’ve got their job to do... I think if they are still making noise then it’s a good thing really. For me, it’s just performing on the pitch and not getting distracted by any of that."


popular
Éamonn Fitzmaurice explains Aidan O'Shea's best position and how it can be used against Kerry
Matt Le Tissier says he asked Sky Sports why they never sacked Jamie Carragher
Patrick Vieira claims he was 'much better' than Roy Keane in new interview
Ex-Real Madrid defender reveals he used to turn up to training drunk
Two All-Ireland quarter-finals to be streamed exclusively live on NOW
QUIZ: How many of the 10 most successful football counties can you name without making a mistake?
Conor McGregor and Floyd Mayweather 'in talks' about a rematch