"I liked the lad straightaway."

Roy Keane and Cristiano Ronaldo only played alongside each other just over two-years at Manchester United, but they clearly made an impression on each other. When Ronaldo won his fifth Ballon d'Or last year, he thanked Keane, Ryan Giggs and Rio Ferdinand for their help during his early years at Old Trafford.

The trio were tough taskmasters and helped harness a winning mentality in Ronaldo, who was young and often attempted to beat opposition players twice, rather than go straight for goal or cross into the box.

He wanted to entertain, they wanted to win, and the Portuguese star soon adapted. 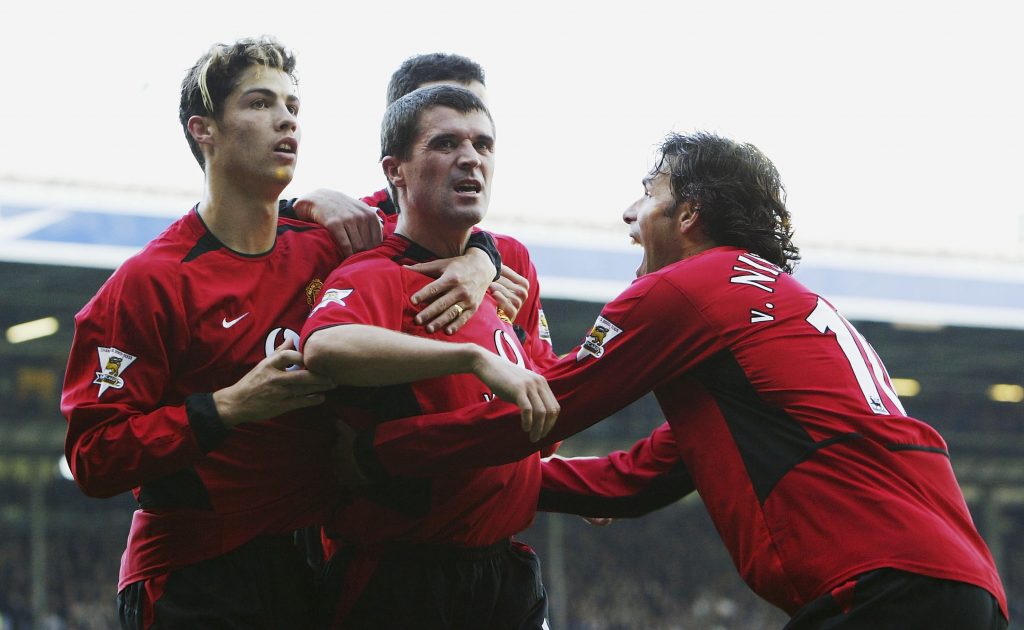 Keane said recently that he believes Ronaldo has surpassed his great rival Lionel Messi to be considering the best player in the world, the best of his generation and possibly the best ever.

And it turns out the Irishman's first impression of the Portugal captain was very accurate.

Roy Keane: "I think there has been a great debate about Cristiano and Messi but over the last six months I think RONALDO is on a new level – he’s out there on his own." pic.twitter.com/j6gLjLAzLY

Keane first encountered Ronaldo when United played Sporting Lisbon in a pre-season friendly in 2003. The winger was so impressive, and gave John O'Shea such a difficult game, the United players urged Alex Ferguson to sign him. 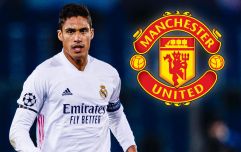 END_OF_DOCUMENT_TOKEN_TO_BE_REPLACED

Ronaldo made his debut for United on August 16, 2003, when he came off the bench in a 4-0 win over Bolton Wanderers. It was obvious United had signed a player of massive potential, and Keane's first impressions of the player proved accurate

"I liked the lad straightaway. He had a nice presence about him, and a good attitude," Keane recounted in The Second Half, his second autobiography.

"What impressed me most was that he’d been given the option of staying in Lisbon for another year, on loan, but he said no; he’d come over to Manchester straightaway. I thought it was a good, brave decision – because he was only seventeen. After the first few days, watching him train, my reaction was, ‘This lad is going to be one of the world’s greatest players.’ I didn’t say it publicly, because I’d always be wary of building a player up too early – or knocking him down." 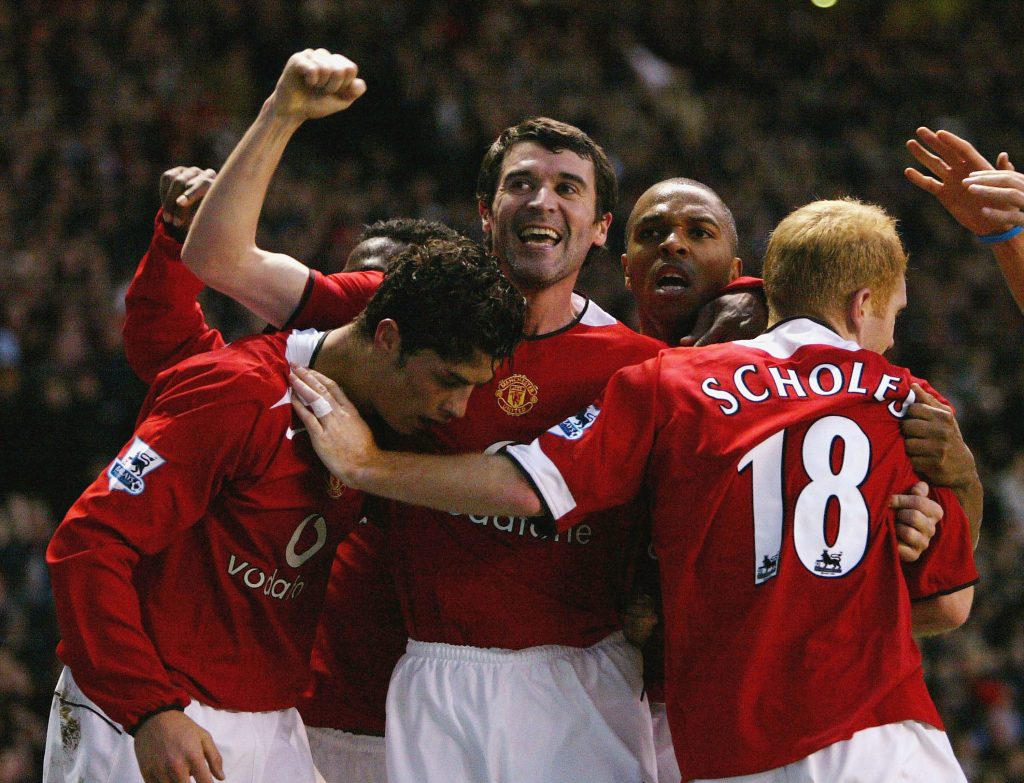 Keane also said that Ronaldo carried himself well for a young player, that his confidence was evident but that he was also an extremely hard-working player.

"He looked like a player. You have to look the part, and he did. Zidane looked like a player – and Ronaldo looked like a player. The shape, the body language – they were there. A bit of arrogance, too. But he’d a nice way about him; he was very likeable. We forget that he was very heavily criticised when he first came on the scene. He was going down too quickly when tackled, his final product wasn’t good enough. But – again – he was only seventeen, a kid. I was playing youth football for Rockmount, in Cork, at that age. He was amazing. He was immediately one of the hardest working players at United. Most of the players I knew worked hard, but Ronaldo had the talent on top of the work rate." 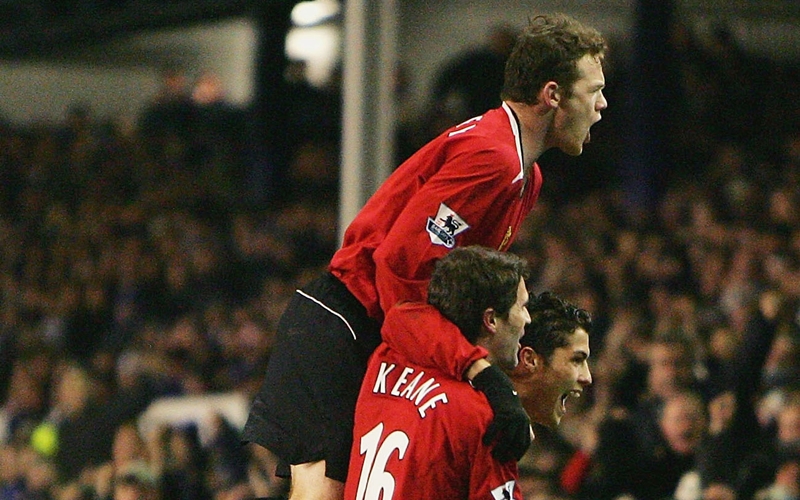 The former United captain also admitted that Ronaldo was vain from the start, but it wasn't detrimental to his displays on the pitch.

"He was good-looking and he knew it. He was vain in that sense – at the mirror. He was a big lad, a big unit. I’d think, ‘Good on yeh.’ Looking at some of the other lads in front of the mirror, I’d think, ‘Yeh fuckin’ nugget.’ But Ronaldo had an innocence to him, and a niceness. I don’t think he ever slackened off, or that he was ever more worried about the mirror than his game. I always felt that football was his love."

Extremely hard-working and determined, confident and vain but an incredible footballer who had the potential to be the best in the world, Keane's first impressions of Ronaldo proved very accurate.


popular
Conor McGregor bought out of Proper 12 whiskey company
Leinster reach PRO14 Final but Ulster have every right to feel aggrieved
Rangers fans fly plane banner over Celtic game as title slips away
The SportsJOE 12 o'clock quiz | Day 312
QUIZ: How well do you remember the 2010 World Cup?
Sean O'Brien's parting gesture won't soon be forgotten by Scott Penny
Longford leaving cert schools Europe's finest with measured masterclass
You may also like
5 days ago
Rio Ferdinand recalls Roy Keane sparking out United youngster in training
5 days ago
Marcus Rashford and teammates reach out to Timothy Fosu-Mensah after knee injury
6 days ago
Man United claim Luke Shaw misheard referee over penalty decision
6 days ago
Solskjaer hits out at "outside influences" on referees over Man Utd decisions
6 days ago
Luke Shaw says ref didn't give penalty because it would "cause a lot of talk"
1 week ago
Shola Shoretire was released by Man City for training with Barcelona...when he was 10
Next Page