‘Get that Rooney signed.’

That was the late Walter Smith’s advice to Alex Ferguson upon joining his coaching staff as assistant manager in March 2004. By the end of that summer, that’s exactly what Manchester United did as Wayne Rooney made the move to Old Trafford.

Ex-Everton manager Smith had left his position as Blues manager only 2 years before his short-term appointment as Ferguson’s number two, so he knew what he was talking about.

END_OF_DOCUMENT_TOKEN_TO_BE_REPLACED

United had already assembled an extensive scouting report on their future record goalscorer, and even tried to poach him from Everton on two occasions as a schoolboy, with Ferguson describing him in his 2013 autobiography Alex Ferguson: My Autobiography as, “a man playing in underage football.

Their first attempt came when Rooney was 14, as they attempted to use a loophole to steal him away from Merseyside, but a young ‘Wazza’ wasn’t for leaving the ‘Toffees’.

END_OF_DOCUMENT_TOKEN_TO_BE_REPLACED

Two years later, before Rooney signed his academy forms, United tried to lure him once more, but as Ferguson wrote in his book, England’s all-time leading goal scorer had Everton ‘in his blood’ and so he turned the Reds down for a second time.

After playing in the FA Youth Cup final for Everton against Aston Villa as a 16-year-old, and shortly before his 17th birthday, Rooney burst onto the scene, with his astonishing, curled finish on his Everton first team debut against Arsenal.

Fast forward two years and a BBC ‘Young Sports Personality of the Year’ award for the ‘white Pelé’ later, and Ferguson found himself across the negotiating table from Bill Kenwright and David Moyes. 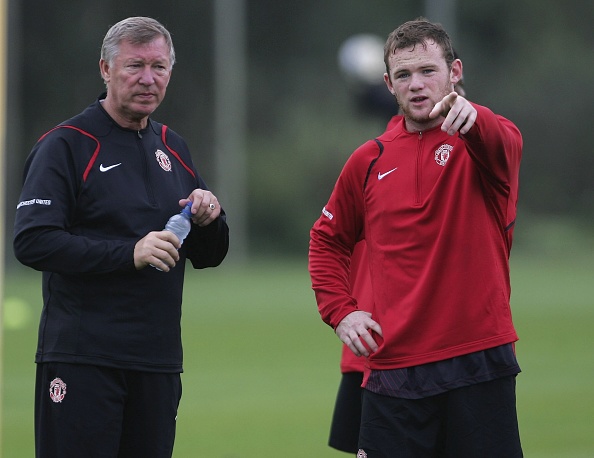 END_OF_DOCUMENT_TOKEN_TO_BE_REPLACED

The legendary manager recounts the tale of that meeting in his autobiography:

“Present were David Moyes, David Gill, Bill and me. As we studied the Everton chairman in his sorrow, he announced that he would like to make a call. Through his tears, Bill said: ‘I’ll need to phone my mother.

"Wonderful. ‘This is a trick, this,’ I laughed. ‘Is this a game?’ But it was real. You had only to mention Everton to Bill to turn his taps on. He was a very likeable guy and unapologetically emotional.

"David Moyes was giving me the eyes. For a minute I thought it was a get-up, a performance. Bill’s background was in theatre, after all.

"It occurred to me while all this was going on that I ought to check Wayne’s medical records. Was there something physically wrong we had missed? Was this a ruse to push the price up? My God, it was funny. Did the boy have one leg? Was I being lured into a gigantic sting?

"When the tears had dried and the talking was over, Wayne signed on the line seven hours short of the deadline on 31 August 2004.”

Rooney went on to win every domestic and European honour up for grabs at the highest level for United, racking up 559 appearances and 253 goals, breaking club legend Bobby Charlton’s long-standing record of 249 goals in January 2017.

He eventually returned to Everton in the summer of 2017, scoring on his second debut for the club.