"I grew to like him a hell of a lot more than I ever did."

During his 26 years as Manchester United manager, there were very few times when Alex Ferguson sold a player who went on to excel away from Old Trafford.

Jaap Stam was one. The Dutch defender was prematurely sold to Lazio in 2001 after three stellar seasons at Old Trafford. Stam continued to thrive at an elite level for another six years.

Paul McGrath is another who left Man United under Ferguson and continued to flourish on the pitch. Like Stam, the Irishman's time at the club did not end on good terms with the United manager. 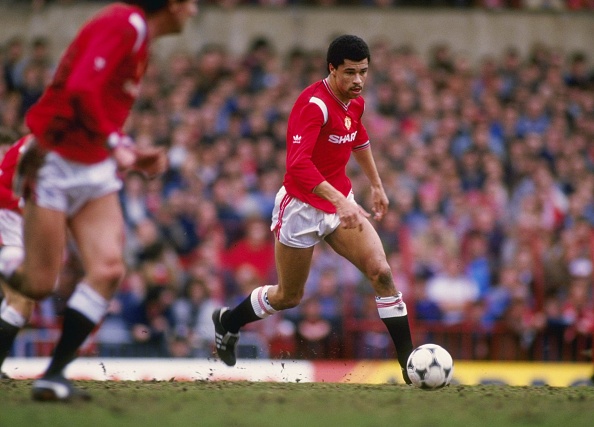 The former Republic of Ireland defender left Old Trafford in 1989 after seven years with the Red Devils. McGrath was a fan-favourite and one of the best defenders in English football. The move shocked supporters of the club.

END_OF_DOCUMENT_TOKEN_TO_BE_REPLACED

But Ferguson lost patience with McGrath and his friend and teammate Norman Whiteside. The Scot decided to sell the pair after well-documented fitness, injury and off-field issues. Whiteside joined Everton and McGrath signed for Aston Villa.

There had been tension between the pair and the Man United manager for the previous few seasons. Ferguson's uncompromising approach was in stark contrast to the more relaxed methods of Ron Atkinson, his successor. 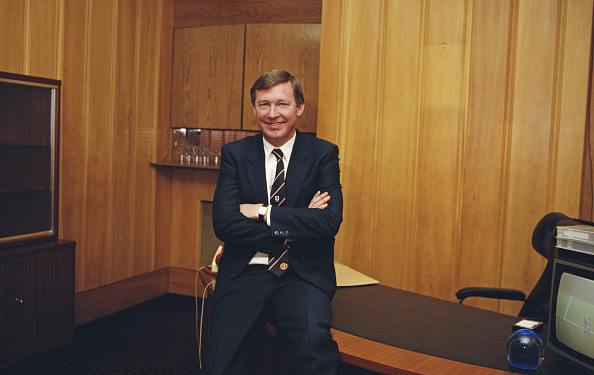 END_OF_DOCUMENT_TOKEN_TO_BE_REPLACED

"You could tell there was going to be a huge, huge shift in the dynamics of the club, and how everything was going to change.

"Ron used to meet us in the nightclub sometimes. And he'd walk up to you and go, 'Are you boys going in five minutes?'

"We'd all go, 'Of course, boss, yeah, we're just on the way out'. I don't think you'd have seen Fergie in the nightclub!" 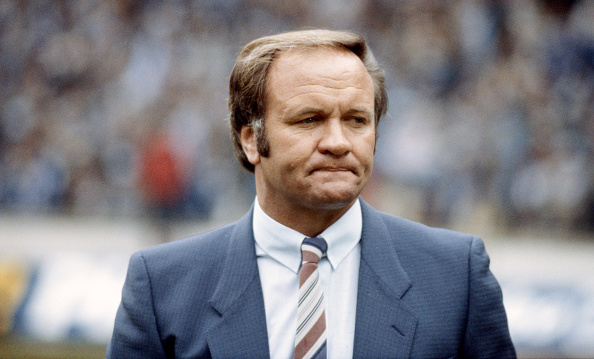 Paul McGrath's time at Old Trafford comes to an end.

In his autobiography, McGrath said he felt like he was constantly being 'monitored' by the strict Ferguson. The Irishman also felt that his new manager didn't 'rate' or 'trust' him.

Ferguson disputes this. The Scot says he was merely trying to restore Man United to glory and to do so, he needed to revamp the squad and improve the club's standards.

He also admits that he lectured players, and had yet to fully develop the man-management skills required to deal with certain squad members.

However, McGrath titles the chapter about Ferguson 'polar opposites' and it was clear that the pair were not going to be able to co-exist at Old Trafford. 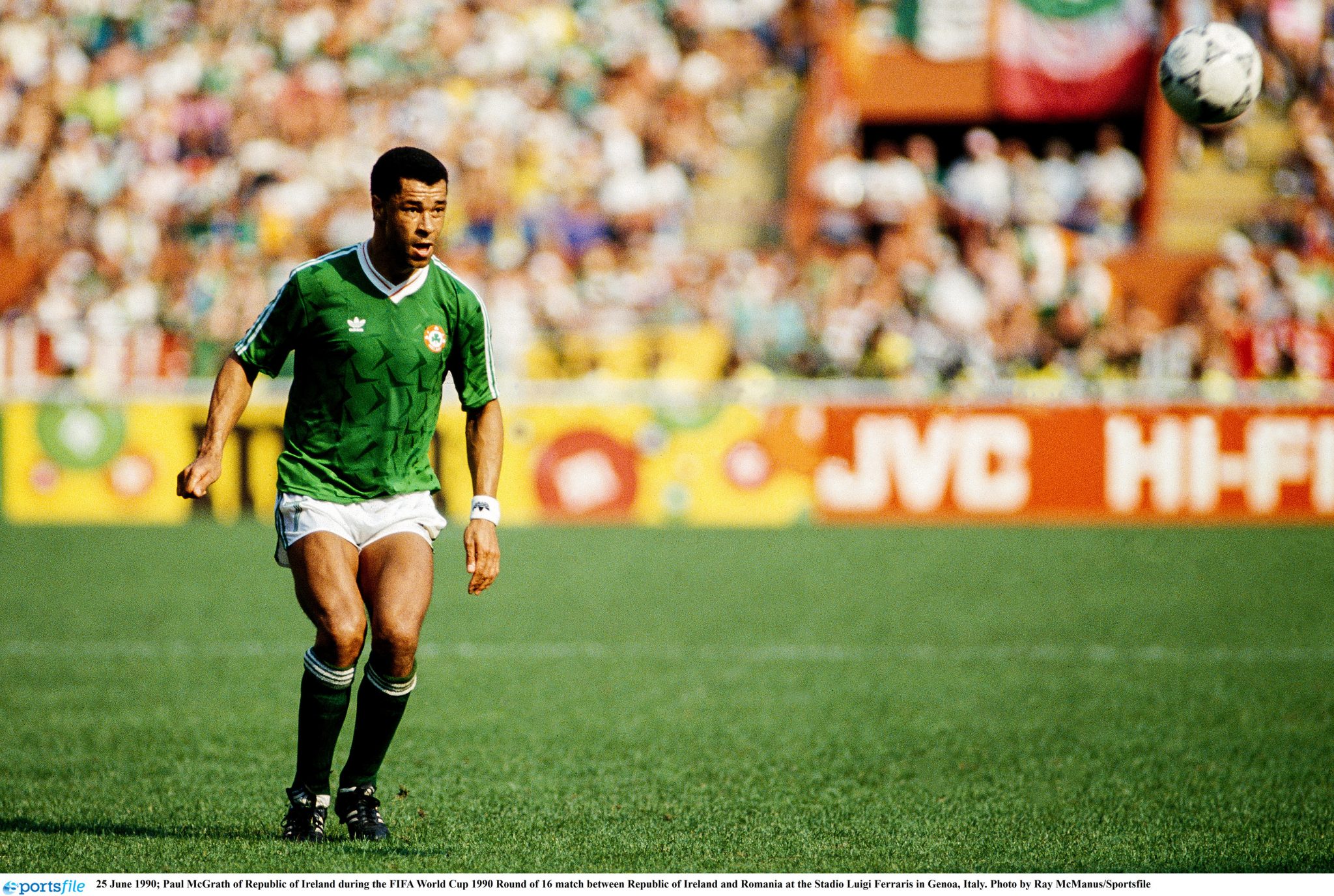 The Dubliner's time at Man United ended abruptly, even if the writing had been on the wall for some time. In his autobiography, McGrath details how the club offered him two years' salary (£100,000) and a testimonial in Dublin to retire.

McGrath played the best football of his career at Villa Park and won the PFA Players' Player of the Year award in 1993, one of only six defenders to ever win the prestigious award.

He ended up playing over 300 times for the Birmingham club and helped them win the League Cup in 1994 when they beat United in the final at Wembley. 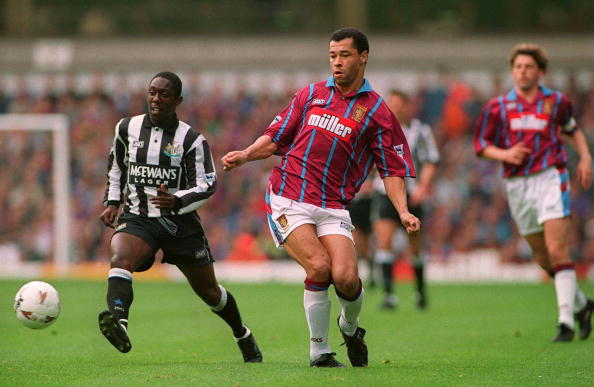 Villa managers such as Atkinson and Graham Taylor took a more patient approach with McGrath.

They put an arm around his shoulder and made allowances once he performed on matchday, which the Irishman almost always did.

Ferguson, however, was much more direct and demanding, particularly in his early years at Old Trafford, when he was under significant pressure to rebuild the club.

Have a great day 💜💙#AVFC pic.twitter.com/NERyva29fe

"He was very straight with everyone," McGrath said about Ferguson.

"We never really connected on a level where I was going to listen to too much that he was telling me. And I just wanted to do my own thing.

"I still wanted to play for Manchester United, desperately. But straight from the first game, I was taken off at half-time, so I just thought, 'Well, I'm not going to be here too long, so I may as well just enjoy myself'.

"And that's the way it ended as well, it ended pretty sharply."

Yet, despite their differences, the Dubliner says he held Ferguson in high esteem and he recognised that the Scot was in the process of restoring Man United to greatness.

"I still had loads of respect for him," McGrath continued.

"He was one of those people who was going to make Manchester United brilliant, I thought. Gordon Strachan kept coming up to me saying, 'Paul, you want to be a part of this, you really do, because he is the real deal'.

"And I kept saying, 'Well, I thought Ron was the real deal'. I just thought, 'I may as well do things my way'. And doing things my way, I was out about a month and a half later. I accepted it as well...

"He wasn't a vindictive person, he just wanted things to be right for Manchester United." 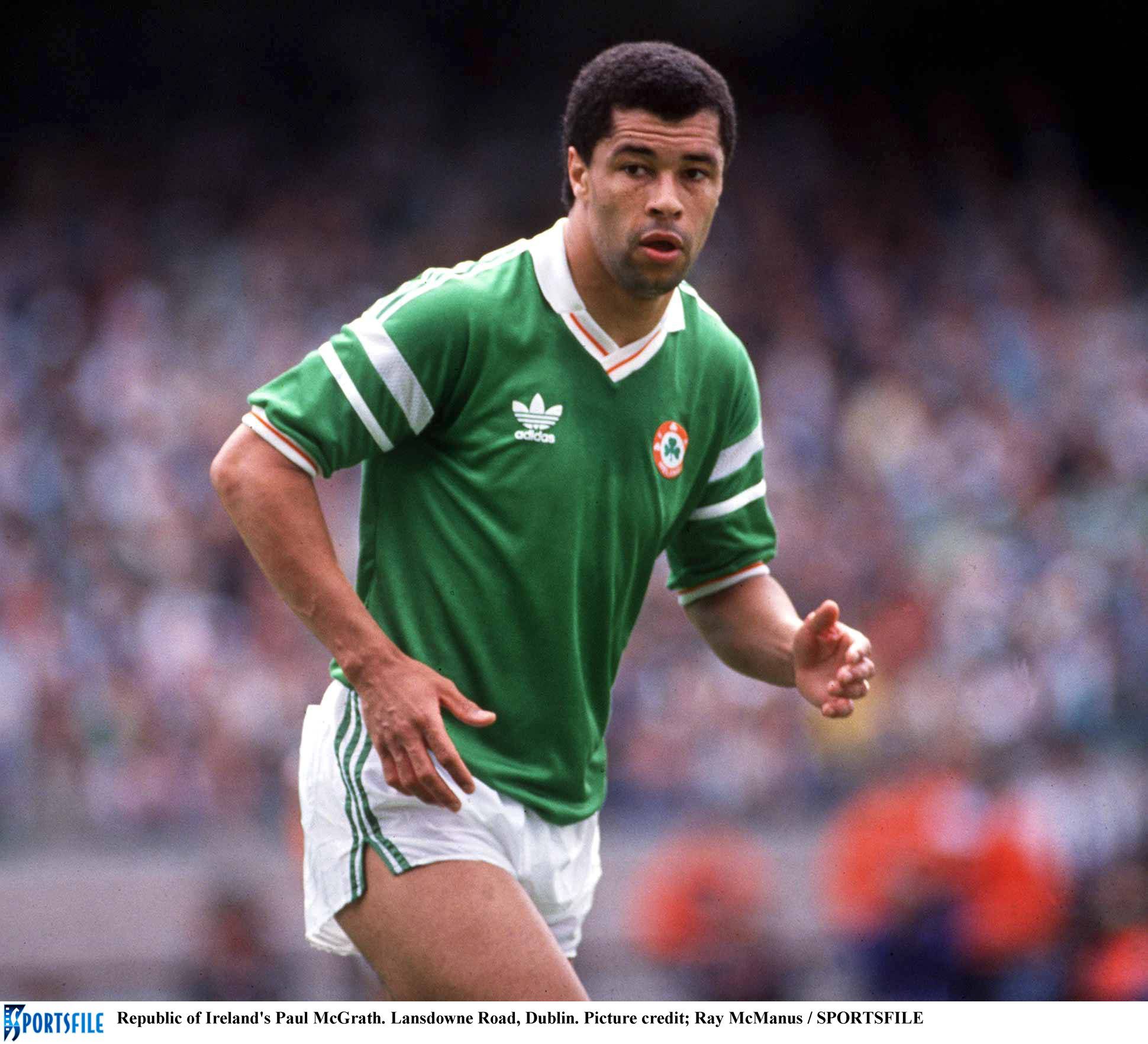 Paul McGrath on how Alex Ferguson's kind gesture after he retired.

After McGrath retired in 1998 following a brief spell with Sheffield United, Ferguson offered him a job at Old Trafford.

The Irishman provided pre-match entertainment in the executive suites, where he took part in question and answer sessions and spoke with United fans. McGrath said Ferguson's kind gesture helped mend the relationship between the pair.

"To be fair to Sir Alex, he was brilliant because I got a job when I was finished football, I got a job down there and he was an absolute gentleman," he said. 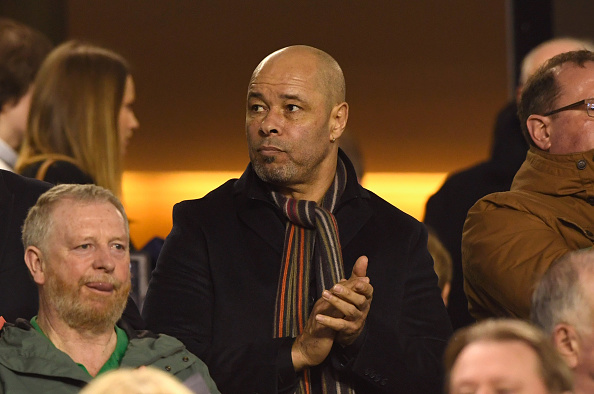 "He rang me and said, 'Paul, do you want to come down on Saturdays and we have lads that go around the tables just chatting to anyone who wants to chat to them and then you go up and talk with a comedian.'

"By the way, the comedians were doing most of the work.

"They'd ask questions and they'd lead you into telling stories. Well, I was one of the worst people to do that job," McGrath joked.

"Alex used to meet me walking in, shake my hand every time. He would always have a smile and an arm around the shoulder and stuff like that.

"He used to say, 'How are coping, son? You'll get better at this', and he was so supportive. I grew to like him a hell of a lot more than I ever did." 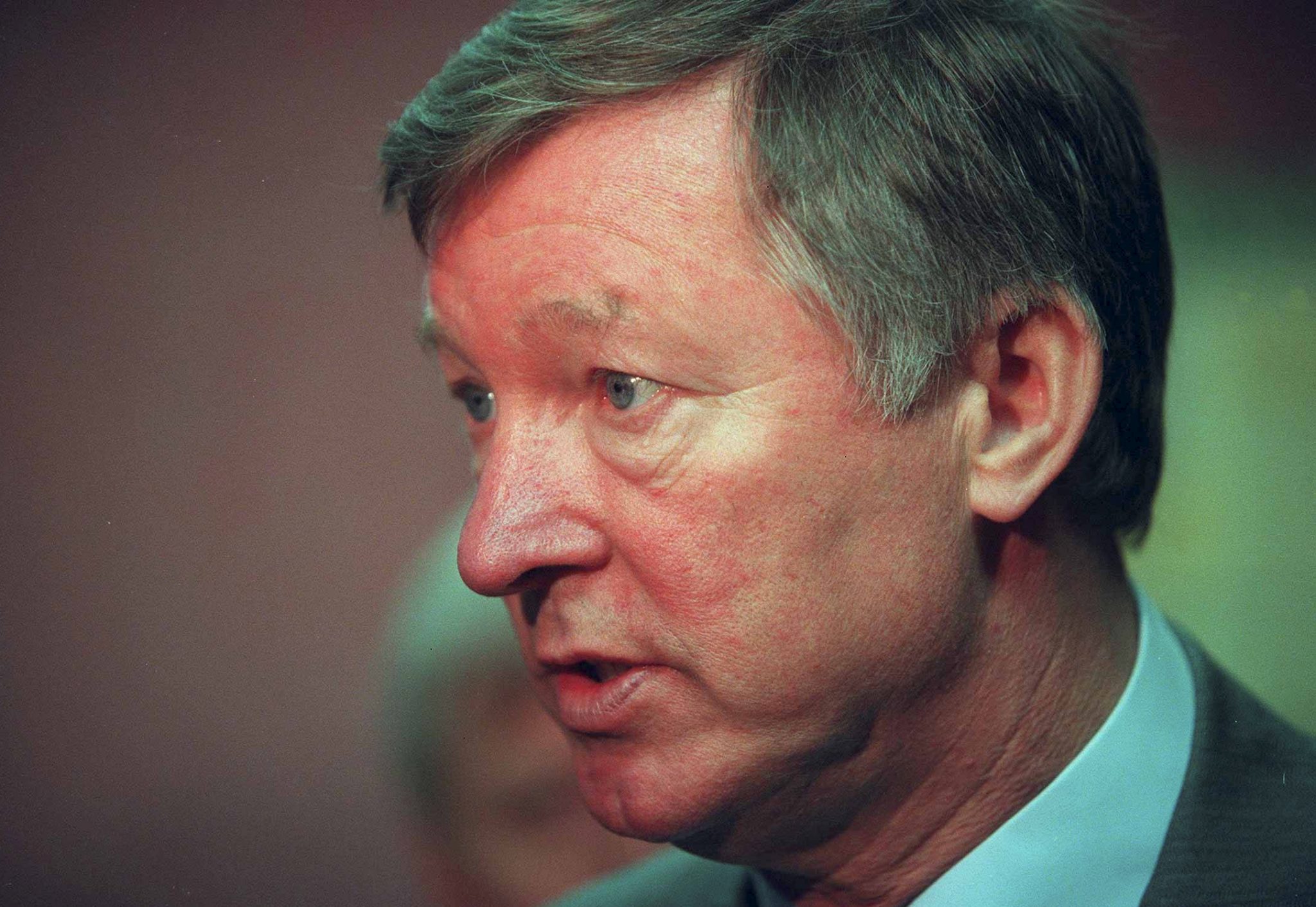 Ferguson was ultimately vindicated by his decision to sell McGrath, as Man United entered a golden period after he left. McGrath also thrived at Villa, playing the best football of his career.

However, it would be unfair on the United manager to say that McGrath proved him wrong at Villa Park. He never doubted the Irishman's talent. Ferguson simply believed, at that point, McGrath would be better suited to a different environment, and so it proved.

Yet, the former Ireland defender remains one of just a handful of players who excelled at another club after being sold by Ferguson, which shows just how brilliant McGrath was.