The sad, tawdry briefing wars that have dragged down Cristiano Ronaldo and Harry Maguire

Imagine a world-class player taking issue with duds, frauds, hangers-on at a club he cares deeply about.

Cristiano Ronaldo left Manchester United, in 2009, with the club having won three league titles in a row, a European Cup the season beforehand and fresh of losing out to Barcelona when they defended that trophy in that season's final.

He returned, 12 years later, to a club that looked to be getting its' act together under Ole Gunnar Solskjaer. They had lost on penalties in the Europa League final, finished second in the league to Manchester City, and brought in not only him, but Jadon Sancho and Raphaël Varane. He was supposed to be the final, if somewhat mature, puzzle piece for a side hoping to challenge for big trophies again.

END_OF_DOCUMENT_TOKEN_TO_BE_REPLACED

By about 12 weeks into the new season, United had lost five of their first dozen league games and everything was falling apart. Ronaldo must have walked into the dressing room, looked around and saw about seven or eight dogs drinking coffee, saying 'This is fine' as everything burned around them.

He held up his end of the bargain, in delivering crucial goals, but everything was falling apart around him. The lads that thought they were the next generation to inherit the club had a new guy to defer to. The men that had previously run the show were getting called out by the returning, world-class star.

Ronaldo thought he was coming back to make the difference to a team that had struggled since 2013, after Alex Ferguson left. The player, and his raging ego, were ultimately part of a long list of issues in a dumpster fire of a season.

Now, as the hours tick off in a transfer window that could well see Ronaldo leave again, the behind-the-scenes squabbling and briefings are raging wild. 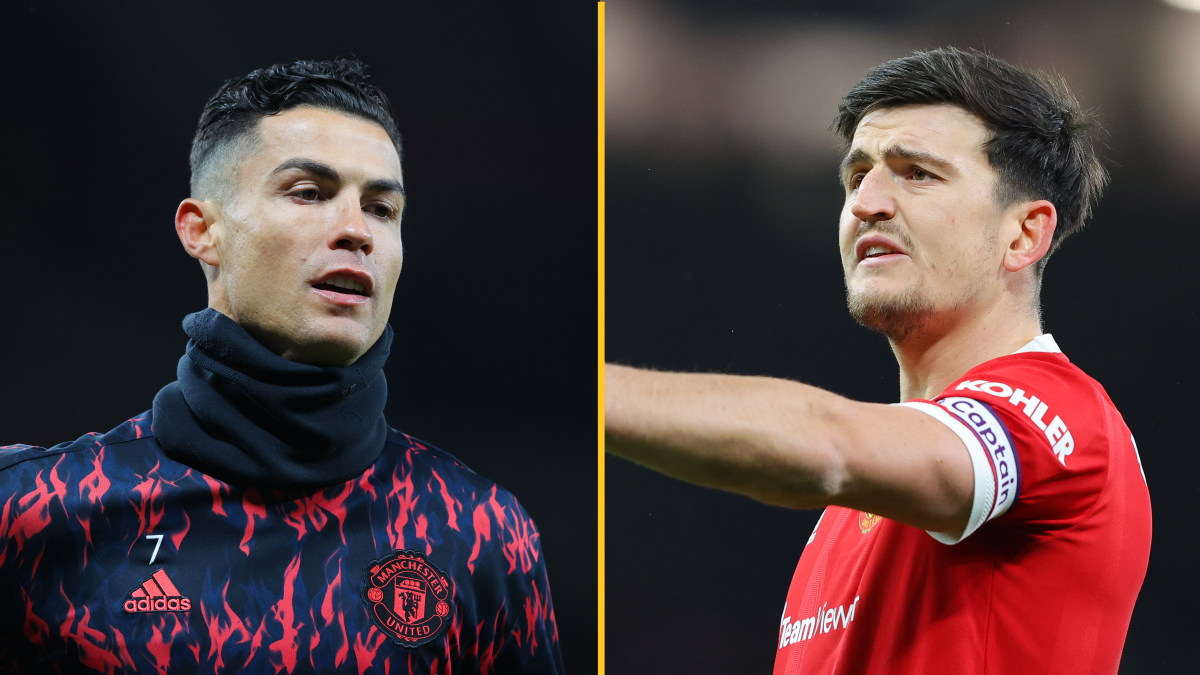 END_OF_DOCUMENT_TOKEN_TO_BE_REPLACED

Since Sunday, the briefing wars between the warring Manchester United player factions have ramped up.

Duncan Castles had a preposterous puff piece about the Portuguese star in The Sunday Times and likened Cristiano Ronaldo to some poor buck in indentured servitude to a Benny Hill franchise, replete with sad sound effects, gurning faces and a comedic backing track.

END_OF_DOCUMENT_TOKEN_TO_BE_REPLACED

Ronaldo was portrayed as a honest, hard-working soul that put personal ambition aside to return to his former club and do all he could to take down their upstart city rivals. The 37-year-old was ready for his very own Last Dance, but it was well past midnight and he was left riding around with pumpkins, turnips and squealing mice.

In return, an ESPN piece on how some at the club feel Ronaldo is a disruptive presence, we had the revelation that some players found one of the world's greatest players, and a driver of high standards, to be 'a pain in the arse'.

Then followed a piece in The Athletic that was published today, and had some very specific player gripes about Ronaldo to share.

Midway through the feature, there is a claim that Ronaldo lambasted 'the club’s structure, logistics, operations and facilities' and lamented that there was no 'sporting director' when John Murtough has been the 'football director' since March 2021. An error on the player's part, but he was right about every other complaint with a footballing outfit that only saw fit to order some fresh paint for a dilapidated Old Trafford late in the summer.

There are a couple of choice lines from that Athletic piece that would make many wonder where exactly these anti-Ronaldo sentiments are coming from at Old Trafford. For example:

'While nobody at United disputes issues arose last season, Harry Maguire’s relationship with his peers is not as bad as sometimes portrayed and it is worth remembering the past three United coaches have all selected him to be their captain and valued his leadership

"Incidentally,' the piece adds, 'Harry Maguire is said to be one of the players most actively engaged with the club’s charity work, repeatedly joining the club’s foundation on visits to local projects and often without publicity.'

Harry Maguire and Cristiano Ronaldo - articles, leaks, briefings, body language and public utterances aside - appear to have little time for each other. Agents and representatives often think they are helping, by getting one side of the story out, but no-one emerges with much credit.

Maguire was coming off the high of reaching the Euro 2020 final, and having a solid tournament, when Ronaldo arrived back in town and, armband or not, started calling the shots.

As much as many United supporters want shot of Maguire, the defender looks set to stick around. Ronaldo, on the other hand, could be heading off before the transfer window shuts.

Whatever is said, or briefed, though, neither man has covered himself in glory with their recent actions.

As with so much at Manchester United in recent times, there are no winners here.