RTE soccer pundit and former Republic of Ireland defender Richard Dunne has criticised Cristiano Ronaldo for his theatrics in Portugal's 1-0 win over Morocco on Wednesday.

Ronaldo scored the only goal of the game when he headed home a Bernardo Silva cross from close range to give Portugal their first win of the tournament after an opening round draw with Spain on Friday.

Ronaldo was frequently targeted by the Moroccan defence but Dunne said that there was no need for him to take an extra tumble after every collision and that he should respect his opponents.

5mins: Cristiano Ronaldo heads home from a corner for his fourth World Cup goal of the tournament.#RTEsoccer

"He takes a lot of kicks but this is the side that upsets people," said Dunne on RTE's post-match show.

"He is obviously targeted and he knows that if he can gets free-kicks in certain areas he's going to go but it's just the extra tumble each time. You don't need it. I don't understand it." 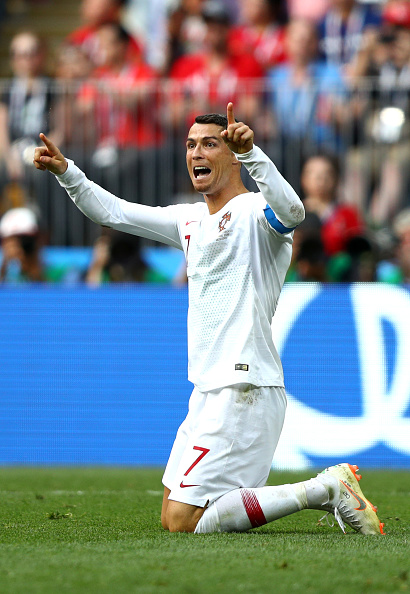 Dunne also said that he doesn't think that Ronaldo sees anyone other than himself and that his teammates are just pawns to facilitate his attempt to win the World Cup.

"We love him for what he does with the football but it's when he tries to get people sent off.... you're supposed to be playing the same game against people that you should respect.

"He just thinks it's all for him. We were talking about this before the game it's like everyone has been brought to Russia to play the World Cup just for him so he can go and win it and go and have a celebration and be happy because I don't think he sees anything other than himself and everyone else around him are just little pawns playing his game."