Ralf Rangnick: 'Maybe Ronaldo should go to Portugal every week'

'That was the best performance from Ronaldo since I arrived.'

Ralf Rangnick was in high spirits following Cristiano Ronaldo's hat-trick against Tottenham Hotspur in a 3-2 win for Manchester United at Old Trafford on Saturday.

The Man United interim boss joked about sending the striker to Portugal every week as Ronaldo was there during the week nursing an injury.

The German hailed the 37-year-old's performance labeling it "the best performance from him" since he took charge in November. 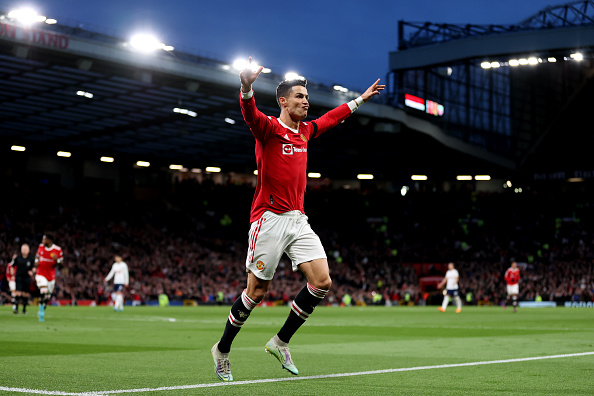 Rangnick joked about sending Ronaldo to Portugal each week in hope of replicating his form against Spurs weekly.

END_OF_DOCUMENT_TOKEN_TO_BE_REPLACED

The interim boss highlighted the high standard Ronaldo set upon his return to training on Thursday. As a result, he decided to play the record all-time top scorer from the start.

Watch THAT Cristiano Ronaldo wondergoal as his hat-trick against Spurs ensured he became the top scorer in football history 🐐pic.twitter.com/80LjncBZZ9

END_OF_DOCUMENT_TOKEN_TO_BE_REPLACED

"We were just joking and maybe it makes sense to send him to Portugal for three days, then have him not training for two days, then have him back training on Thursday, if that's the way he performs. Maybe we'll have to do that for the rest of the season, Rangnick said.

"He was on a similar level in training on Thursday by the way, which is why I decided after that training session to play him from the start.

"He made the difference for sure, but not only for the three goals. That was the best performance from him, at least since I arrived here, on and off the ball." 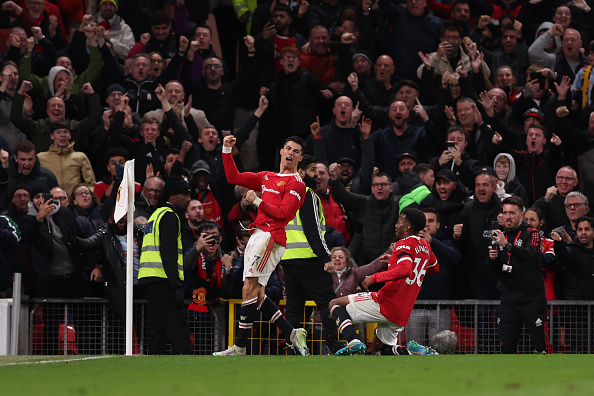 Antonio Conte was full of praise for the Portuguese international following his glowing performance. He compared Ronaldo to the legends of the past whilst crowning him and Messi 'the best of this era.'

The Spurs boss made the point that without Ronaldo it wouldn't have been a good night for the Red Devils.

"Don't forget that Cristiano and (Lionel) Messi are the two best players in the world in this era," Conte remarked.

"Before it was (Diego) Maradona and Pele, but in this era, it is Ronaldo and Messi. You have to know that when you play against this type of player, they are decisive.

"I think honestly, without Ronaldo, for United it wasn't a good night." 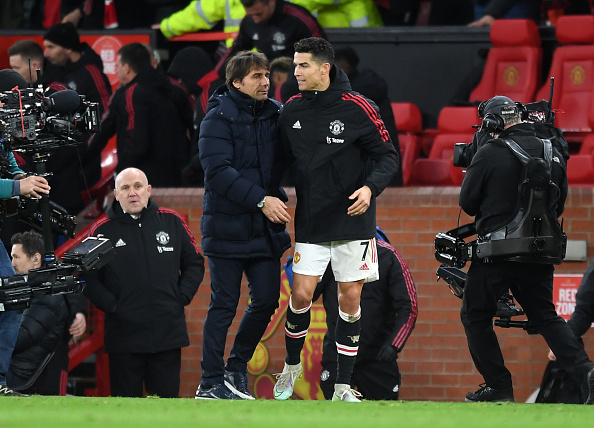