'So I loved the way he was on the field, it was massive respect.'

The Arsenal legend joked that he didn't want to touch the former Manchester United man's shirt and insisted he was the 'much better' player of the two.

Vieira and Keane enjoyed a great rivalry during their playing days, sharing a number of fiery battles as Man United and the Gunners clashed at the top of the Premier League for several years. 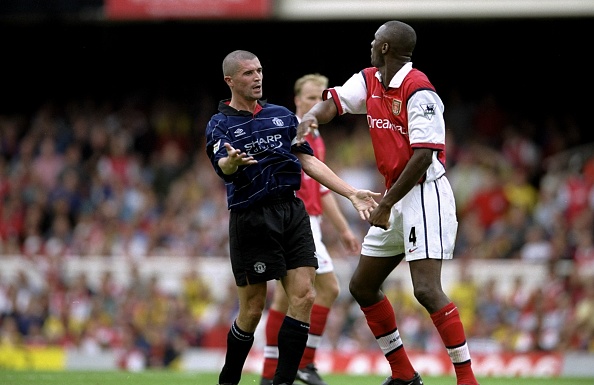 Patrick Vieira: I was 'much better' than Roy Keane.

The pair were embroiled in an infamous spat in 2005, where a furious Keane could be heard shouting in the Highbury tunnel that his opponent was 'not a nice guy'.

END_OF_DOCUMENT_TOKEN_TO_BE_REPLACED

While the two former players have since put their feud to bed - even working together as pundits since their respective retirements - Crystal Palace manager Vieira still took a funny swipe at Keane while looking back at the shirts which best evoke memories of his career.

We're celebrating a true legend of the game on his birthday, Patrick Vieira 🙌

Vieira admits he has 'massive respect' for the Irishman.

END_OF_DOCUMENT_TOKEN_TO_BE_REPLACED

Appearing in the latest instalment of BT Sport's What I Wore series, the Frenchman was presented with one of Keane's United shirts, before joking: "That's why I put my hand in my pocket, I don't want to [touch] the shirt."

However, Vieira then expressed his admiration for Keane's leadership qualities and insisted he has 'massive respect' for the Irishman. 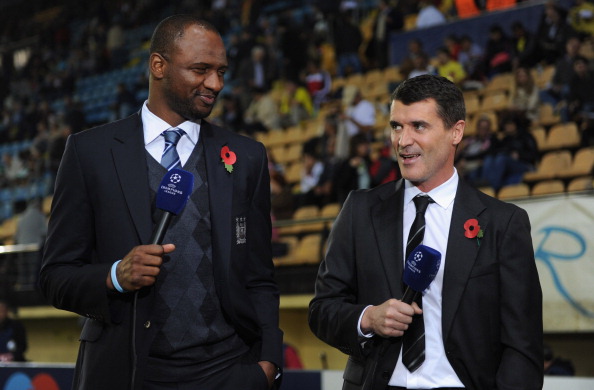 "From the first game [against Keane], I knew straight away that it will be a fight in every single game," he added.

"So I loved the way he was on the field, it was massive respect. And he was a leader, he was the captain of the team, he was the one who was driving the team and the players to compete at the level he was, challenging the players.

"I admire him as a captain and I knew that would be one of the battles to try to win when you're on the pitch."

Arsenal legend says he was the better player.

Vieira also insisted that he got the better of Keane 'really often', and when he asked if he felt he was the better player of the two, he replied with a smile: "Much better. I would say much better, yes."


popular
QUIZ: How many of the 10 most successful football counties can you name without making a mistake?
Conor McGregor and Floyd Mayweather 'in talks' about a rematch
Éamonn Fitzmaurice explains Aidan O'Shea's best position and how it can be used against Kerry
Matt Le Tissier says he asked Sky Sports why they never sacked Jamie Carragher
Steve McClaren issues warning to Man United players
Two All-Ireland quarter-finals to be streamed exclusively live on NOW

You may also like
1 day ago
Zinedine Zidane explains why he would never manage Man United
1 day ago
Steve McClaren issues warning to Man United players
2 days ago
Richard Arnold: A behind the scenes look at how Man United fans' unlikely meeting with the CEO happened
3 days ago
Christian Eriksen reportedly becomes latest player to turn down Man United
3 days ago
Rio Ferdinand on the four Man United players who could be sold this transfer window
4 days ago
Louis van Gaal advice destroys Jurrien Timber's Man United transfer
Next Page