Paolo di Canio has lost his job at Sky Sports Italia because of a controversial tattoo.

The former West Ham United striker had been working as a pundit for the broadcaster in his homeland but caused controversy when he appeared in a Facebook live sporting a short-sleeved T-shirt, which showed off a tattoo which says 'DUX' - reportedly a reference to former Italian dictator, Benito Mussolini, who was known as Il Duce.

It is illegal in Italy to defend fascism, and so Di Canio's tattoo - which is usually covered up by a long-sleeve shirt when he presents - drew a slew of complaints. 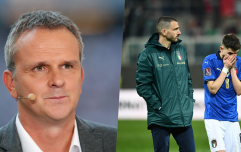 END_OF_DOCUMENT_TOKEN_TO_BE_REPLACED

This is not the first time that Di Canio has caused controversy for his political beliefs or has been linked with supporting fascism.

When he took over at Sunderland back in 2013, former Labour politician and one time foreign secretary David Miliband resigned from his post as vice-chairman, citing Di Canio's fascist sympathies as a reason.

Di Canio denied being a fascist at the time, saying: "I'm not a politician, I am not affiliated with any organisation, am not a racist and I do not share the ideology of fascism, I respect everyone." 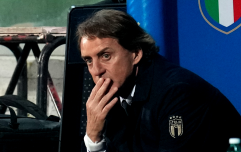 END_OF_DOCUMENT_TOKEN_TO_BE_REPLACED

After receiving a ban in 2005 for making a fascist salute towards Lazio fans, Di Canio claimed: "I am a fascist, not a racist".

"I give the straight arm salute because it is a salute from a 'camerata' to 'camerati'," he said, emphasising the use of the Italian word for supporters of former fascist dictator Mussolini.

"The salute is aimed at my people. With the straight arm I don't want to incite violence and certainly not racial hatred."

In his autobiography, Di Canio also described Mussolini as "basically a very principled, ethical individual" and claimed that the former dictator - who allied with Nazi Germany during World War II - was "deeply misunderstood".