The underdogs have jumped the fence

The Palestine Football Association was formed in 1928 - 20 years before the creation of Israel - yet, on Monday, its football team will play their first ever match in a major tournament.

Last May, Palestine qualified for the Asian Cup, in May 2014, after defeating The Philippines 1-0 in the Challenge Cup final. The victory sparked scenes of jubilation in the West Bank and Gaza Strip - home to a combined population of 4.5 million Palestinians. It marked a seminal moment for a team, currently ranked 115th in the world, that has been battling for recognition for decades.

The team's first game was an 8-1 thrashing away to Egypt in 1953. Friendlies and invitational matches followed but most countries steered clear.

FIFA admitted Palestine in 1998, some 14 years before the United Nations gave them 'observer state' status. They immediately embarked on a series of exhibition matches but were not permitted to host teams until 2008.

Palestine is effectively two strips of land - the Gaza Strip, along the coast, and, to the east of Israel, the West Bank. 16 players from the national team are spread over the two areas with four Israeli citizens also included, two South Americans and a Slovenian. Securing travel permits and travelling between the regions has proved problematic over the past two decades and impinged on training and match schedules.

In 2007, the team was forced to forfeit a 2008 World Cup qualifier as they were refused travel permits, to Singapore, by the Israeli Defence Forces.

Playing at home has not been made easier by the destruction of their national stadium, two times over, by the IDF. The 10,000 seat ground was obliterated in 2006. It took the bulk of six years to rebuild the stadium only for the Israeli forces to target it again in 2012. 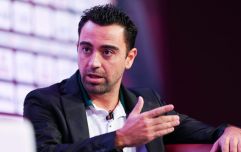 Xavi perfectly predicted how the Asian Cup would pan out

END_OF_DOCUMENT_TOKEN_TO_BE_REPLACED

Most of the players and coaching staff have been touched by tragedy, arrests and carnage during their lives. Midfielder Abdelhamid Abuhabib grew up in the Khan Younis refugee camp. Jibril Rajaub, head of the PFA, was jailed for life in 1970 for allegedly throwing a grenade at an Israeli Army bus in Hebron. He was released in 1985 and later served as a national security advisor to Palestine leader Yasser Arafat.

In January last year, brothers Johar and Adam Halabiyeh were returning from training with West Bank’s Abu Dis Youth Club when IDF soldiers suspected them of throwing a bomb at their checkpoint. It is a claim the players reject to this day. The soldiers opened fire on both men - Johar was shot 10 times in the legs and had his knees broken. Adam was shot three times. Both spent much of 2014 confined to hospital beds in Jordan.

Goalkeeper Ramzi Saleh told The Guardian, upon the team's arrival in Australia for the Asian Cup, that five national team players had been banned from travelling.

Indeed, the team is without the goalscoring services of forward Sameh Mar'aba. He was detained in Israel last May following claims he was a messenger for Hamas (a Palestinian Islamic military organisation). His 30-day detention was extended eight times but no charges ever followed and he was released in December. By missing the Challenge Cup, however, he was not deemed eligible to travel to Australia.

@afcasiancup BREAKING: Israel denies Sameh Ma'raba the right to travel to Australia in order to join the national team ahead of the #AC2015

Palestine's qualification for the 2015 Asian Cup was met with scenes of revelry and flag-waving in both regions. It made news reports for sporting reasons.

The feeling of release and national pride lasted less than a month as Israel - citing military incursions and attacks from Palestine - laid siege to the state. Over the course of 50 days, an estimated 2,100 Palestinians perished. Palestine's Olympic committee believe 26 of that number were sportspeople.

Despite the adversity visited upon the team, its players see the Asia Cup as a further chance to make positive headlines.

The team's first game happens to be against reigning champions Japan. Also in their group are Jordan and 2007 winners Iraq.

Palestine are 500/1 outsiders to win the tournament but with the challenges they have overcome just to be in Australia it's hard to believe that even the eventual winners will emerge with a greater victory.

popular
"The modern midfielder seems to get away with it" - Graeme Souness reveals why England are lacking creativity
Cristiano Ronaldo is not human. Not human at all
Southgate explains why he didn't move drinks bottles like Ronaldo and Pogba
"Not good enough" - Roy Keane rips England a new one as Scotland keep hopes alive
Ally McCoist was lighting it up on commentary with some killer lines
QUIZ: Name these 50 Euro Championship goalscorers
Scotland fans help with clean-up in Leicester Square as Tartan Army leaves London
You may also like
6 years ago
Vine: Keisuke Honda penalty miss is hilariously awful
6 years ago
Vine: Tim Cahill scored not one, but two tasty goals in the Asian Cup
6 years ago
Vine: Palestine score historic first Asian Cup goal in 5-1 defeat to Jordan
6 years ago
Vine: Tim Cahill pick out his son in the crowd with a great gaelic football pass
6 years ago
VIDEO: Ball-boy helps China's goalkeeper save penalty by telling him which way to dive
2 days ago
Gary Neville dismisses Italy's Euro 2020 chances as Keane gets worked up
Next Page