"When I played my first Champions League final I was just a boy."

Four years after he finished up with Calgary Foothills FC, in Canada, Owen Hargreaves started alongside Stefan Effenburg in centre midfield for Bayern Munich, in the 2001 Champions League final.

Having just turned 20, earlier that year, Hargreaves lined out at the San Siro against Valencia and had a fine personal performance in a cagey final that the Germans eventually won 5-4 on penalties.

END_OF_DOCUMENT_TOKEN_TO_BE_REPLACED

Seven years later, he started on the right-hand side of the Manchester United midfield as they faced off against Chelsea in his second Champions League final. Again, it was a 1-1 draw and another tense penalty shoot-out, with United winning 6-5.

In a wide-ranging interview, on All To Play For, Owen Hargreaves detailed the differences between the Bayern and United preparations, and what the dressing rooms were like before those big games. Alex Ferguson was even needed, at one stage, to stop a punch-up. 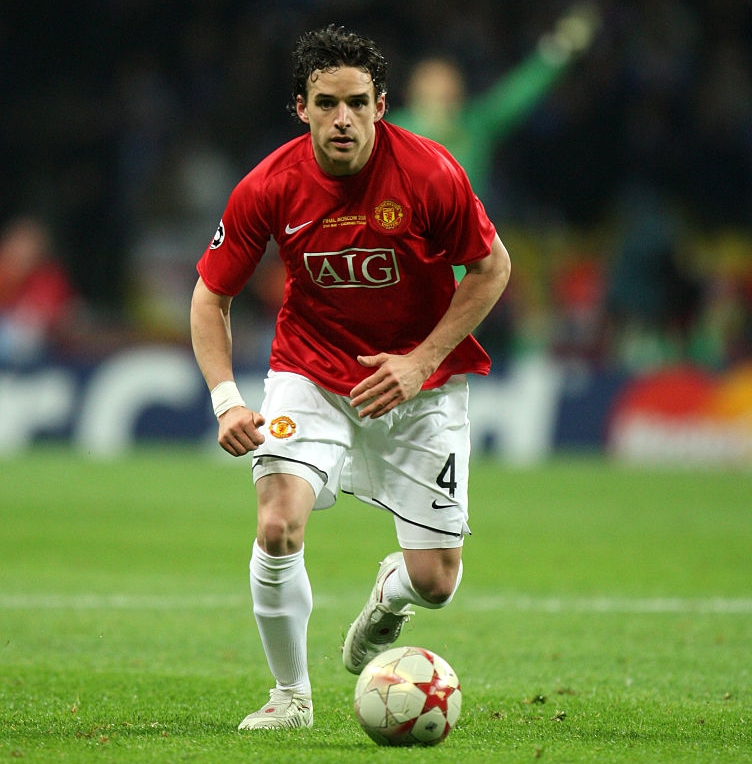 Owen Hargreaves on the ball in the 2008 Champions League Final. (Credit: Getty Images)

Training session scrap before the final

END_OF_DOCUMENT_TOKEN_TO_BE_REPLACED

After a decade at Bayern Munich, having joined as a teenager, Owen Hargreaves moved to Manchester United for £17 million in the summer of 2007. Ultimately, he would only play 39 times for the club, but 34 appearances came in that first, successful season.

Inspired by a 31-goal Cristiano Ronaldo haul, United won the Premier League from Chelsea and both sides made it to the Champions League final, in Moscow. On the night before the game, at the Luzhniki Stadium, Hargreaves recalled how feisty a training session was.

"It's weird," Hargreaves reflects, "because, as a player, you get there and you're thinking, 'I'm going to be here all the time'. Sometimes, you don't get back.

"I remember for us, we trained in the stadium the night before the final. We had a session then had a little game at the end. I remember Danny Welbeck, he had burst on the scene that season.

"We had this game and Danny almost tore somebody up, on our team. And we almost had this punch-up in that session before the game. The gaffer had to come in and calm everyone down - 'Come on, lads, save it for the game!'

"That's how it was. The boys were so charged up. People saying save it for the next day, no. We wanted to win every game, even the training ones." 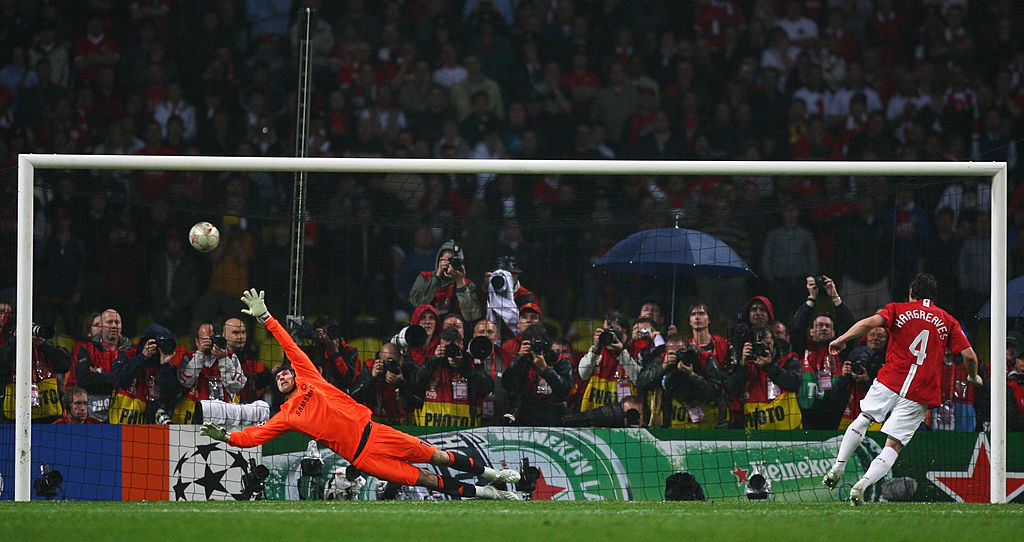 Owen Hargreaves of Manchester United beats Petr Cech of Chelsea as he scores a penalty in the shoot out during the 2008 UEFA Champions League Final. (Photo by Alex Livesey/Getty Images)

The 2008 Champions League final, as it was played in Moscow [two hours ahead of GMT], did not kick-off until 9:45pm at night. The players had a long, long stretch of that Wednesday to, at first, switch off and then back on again.

Owen Hargreaves recalls how different the United dressing room was, before kick-off, compared to that Bayern dressing room in 2001. The chief proponent for ramping up the United lads was full-back Patrice Evra.

"At the time, that song American Boy was big. That was always on.

"When I played in my first Champions League final, it was my first year with the senior team and I was still a kid. It was a real German dressing room - quiet, no music, serious and everyone focused.

"I looked across [in the United dressing room] and I thought I was in a club. There were a few of the lads jumping around and dancing. But the gaffer knew to let the boys express themselves. He trusted them to do their thing.

"We had a lot of senior leadership. We had a lot of senior players like Ryan Giggs, Paul Scholes, Rio Ferdinand and Edwin van der Sar - guys that had been there and done it. They just had a feel of what was needed. So, that first one [at Bayern] there were real nerves but, at United, everyone felt like they belonged there."

Having experienced penalty shoot-out heartache on a couple of occasions with England, Hargreaves knows how fine the margins were in his two Champions League victories.

Serene training sessions, fights, quiet dressing rooms or 'American Boy' pumped out over the speakers. In the end, the only thing that mattered was winning, by whatever means possible.