There is a great weekend of sporting action coming up.

There is brilliant sport on this weekend with six Premier League games available to stream, including a potentially season-defining match. Meanwhile, Formula 1 is back and there are three Irish sides in action in the United Rugby Championship. 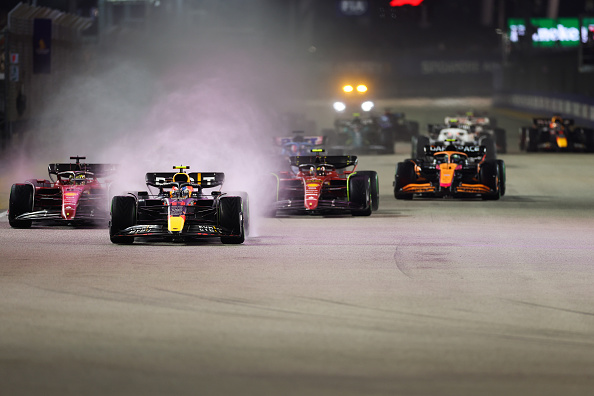 On Friday, Formula 1 returns with the Japanese Grand Prix, the 18th race of the season.

END_OF_DOCUMENT_TOKEN_TO_BE_REPLACED

The race is back on the schedule for the first time since 2019 when Valtteri Bottas won for Mercedes at Suzuka.

Coverage of the Japanese Grand Prix takes place across the weekend, with the practice sessions on Friday, qualifying on Saturday and the final race on Sunday afternoon.

You can stream the weekend's F1 with a NOW Sports Membership. 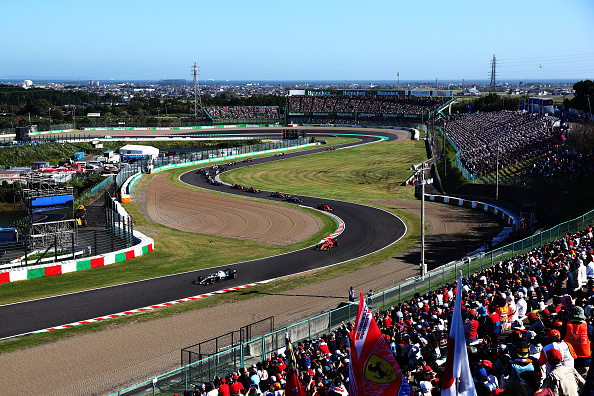 END_OF_DOCUMENT_TOKEN_TO_BE_REPLACED

The focus then switches to rugby and the all-Ireland clash between Connacht and Munster in the United Rugby Championship.

You can stream Connacht versus Munster with a NOW Sports Extra Membership. Kick-off at the Showgrounds is at 7:35 pm. 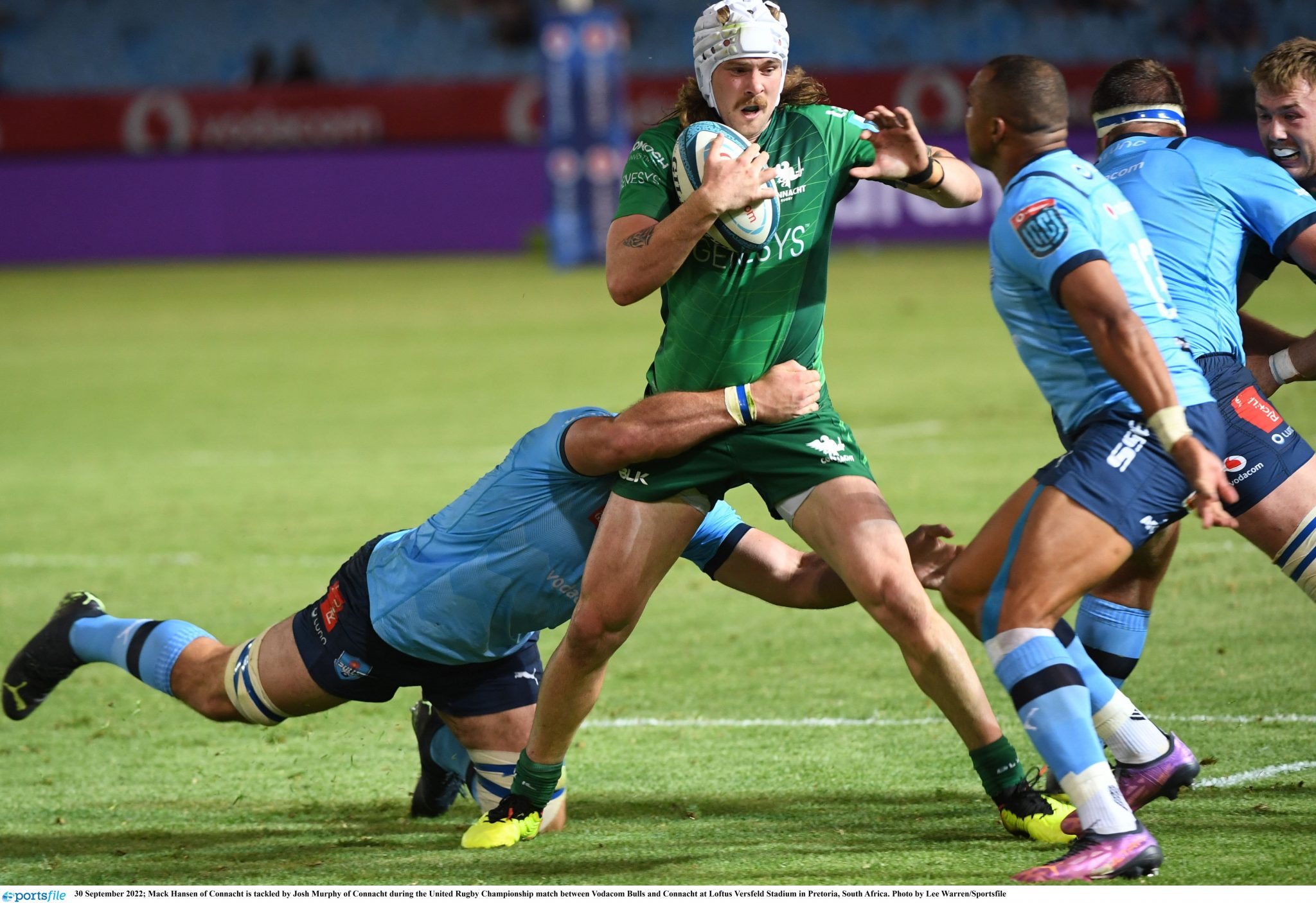 There are two Premier League games available to stream on Saturday. Manchester City versus Southampton gets the action underway.

Man City are in incredible form ahead of the game. Pep Guardiola's side have won six games so far and sit a point behind Arsenal at the top of the table.

Erling Haaland has scored 14 goals in eight Premier League games so far this season and netted his third hat-trick of the season last weekend against Manchester United.

Southampton, meanwhile, have conceded 13 goals and lost five games so far. The Saints are facing Haaland and Man City at the worst possible time.

You can stream Man City versus Southampton with a NOW Sports Extra Membership. Kick-off is at 3 pm. 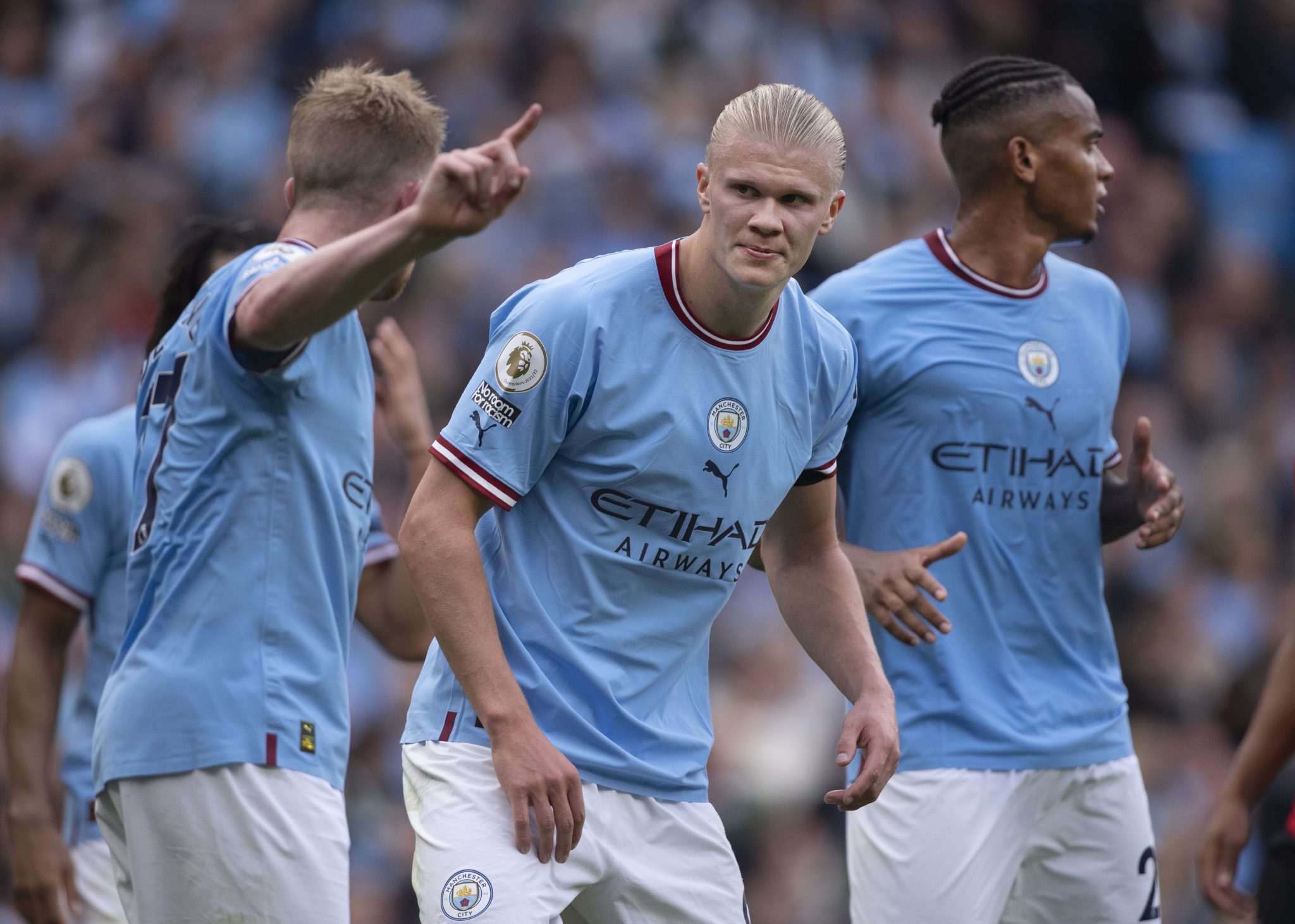 Next up, Brighton and Hove Albion host Tottenham Hotspur in what could be a very entertaining game.

Brighton recently lost their manager Graham Potter to Chelsea and sold several key players during the summer. They are, however, defying all expectations to sit in fourth place in the Premier League, three points behind Spurs. The Seagulls also drew 3-3 against Liverpool last weekend.

Spurs, meanwhile, have hit a speed bump recently. Antonio Conte's side lost 3-1 to Arsenal in the north London derby last Saturday and will need to bounce back with a win against Brighton to keep pace with the teams ahead of them.

You can stream Brighton versus Spurs with a NOW Sports Membership. Kick-off is at 5:30 pm. 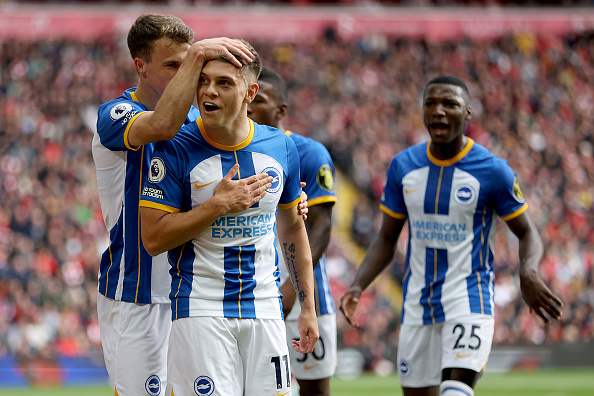 Leinster return to action on Saturday evening, with the Irish side facing the South African side Sharks.

Leo Cullen's team have made a strong start to their URC campaign and currently sit top of the table after three wins from three games.

You can stream Leinster v the Sharks with a NOW Sports Extra Membership. Kick-off at is 5:05 pm. 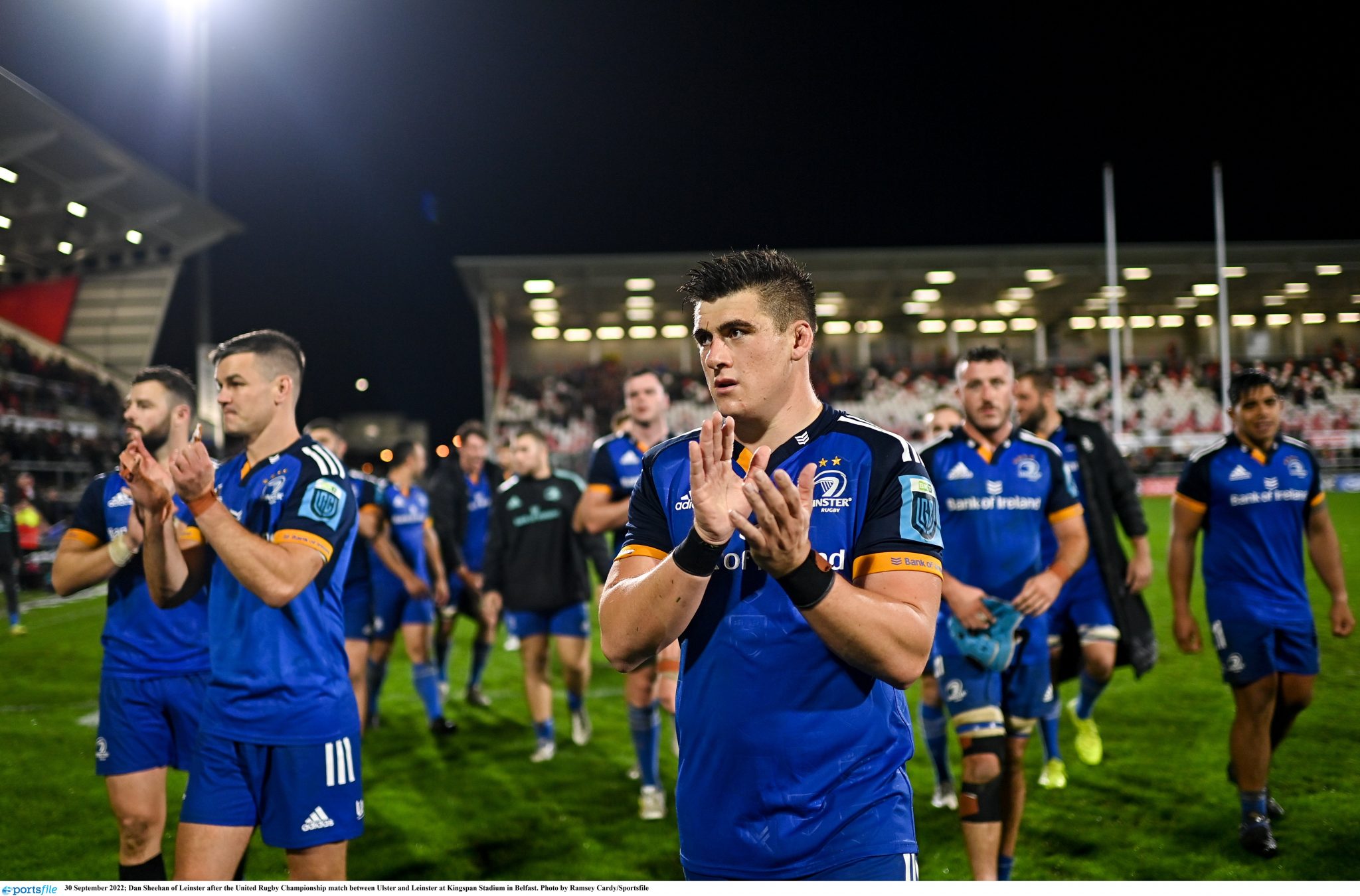 Max Verstappen has a commanding lead heading into the race at Suzuka. The Dutch driver has won 10 of the 16 races so far and enjoys a commanding lead at the top of the driver's standings as he closes in on retaining the world championship.

Verstappen, however, finished seventh in the Singapore Grand Prix, which was won by his Red Bull teammate Sergio Perez.

Coverage of the Japanese Grand Prix starts at 5:55 am Irish time on Sunday, with a full replay of the race at 5:10 pm, and you can stream the race with a NOW Sports Membership. 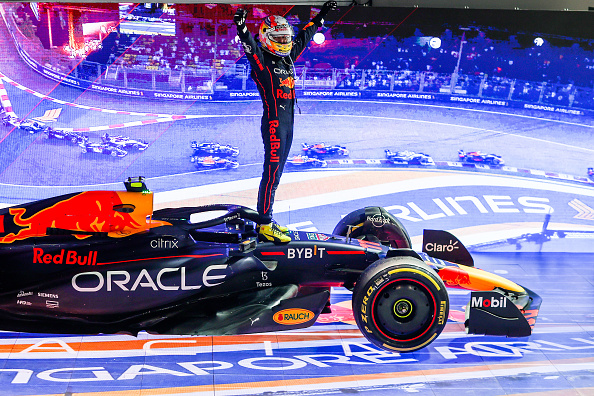 Three Premier League games are available to stream on Sunday, starting with the clash between Crystal Palace and Leeds United.

Palace have yet to find form this season, with just one win from seven games. Leeds are faring slightly better with two wins under their belt, and they eeked out a goalless draw last weekend with Leeds United after having a player sent off.

You can stream Crystal Palace versus Leeds with a NOW Sports Membership. Kick-off is at 2 pm. 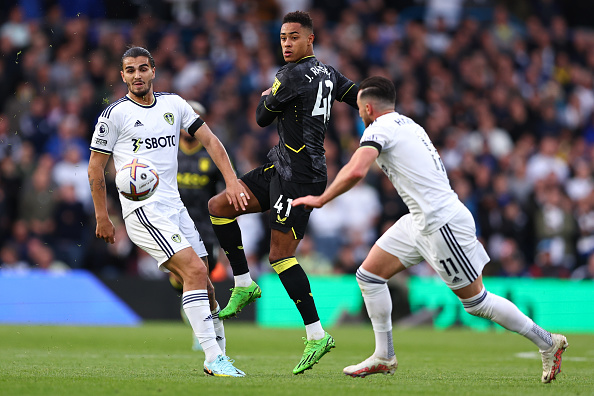 Next up, Arsenal host Liverpool in the biggest match of the weekend. The Gunners are top of the table with seven wins from eight games, including a 3-1 victory over Spurs last Saturday.

Mikel Arteta's team look best placed to challenge Man City, but this weekend's game will be the true test of their progress.

Liverpool are struggling, experiencing their worst run of results for over two seasons, but they haven't lost to Arsenal in the Premier League since April 2015. This could be a potentially season-defining match for both sides.

You can stream Arsenal versus Liverpool with a NOW Sports Membership. Kick-off is at 4:30 pm. 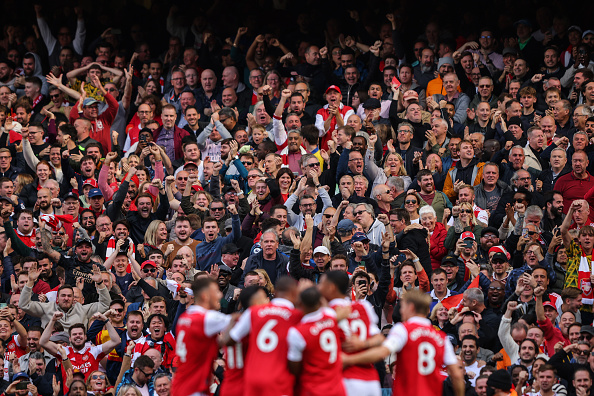 In the final Premier League match of the weekend, Everton host Manchester United at Goodison Park.

The Toffees have performed above expectations so far this season, with two wins from eight games. Frank Lampard's side have also tightened up in defence after avoiding relegation last season, conceding just seven goals so far, the fewest amount of any Premier League team this season.

Man United, meanwhile, appeared to turn their season around with victories over Arsenal and Liverpool. The Red Devils, however, were brought crashing back down to earth last weekend against Man City. Erik ten Hag's team lost the game 6-3 and were trailing 6-1 at one point in the game.

You can stream Everton versus Man United with a NOW Sports Extra Membership. Kick-off is at 7 pm. 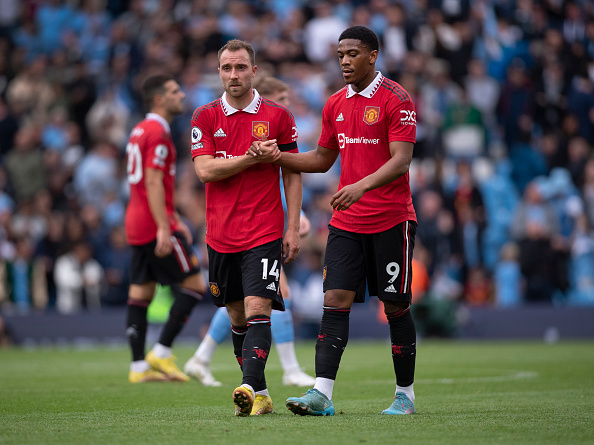 Nottingham Forest face Aston Villa in the final Premier League game in this round of fixtures. Forest have found life in the Premier League difficult so far. The newly-promoted team have won just once this season and are currently bottom of the division.

Villa, meanwhile, have not fared much better. Steven Gerrard's side have recorded just two victories this season and failed to find a winner against Leeds last weekend despite having an extra player due to the home side receiving a red card.

You can stream Nottingham Forest versus Aston Villa with a NOW Sports Membership. Kick-off is at 8 pm, with Monday Night Football starting at 7 pm. 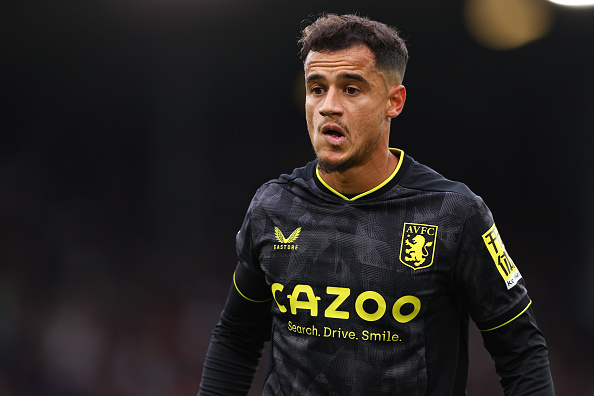 Stream the biggest sporting moments with NOW including all the action from the Premier League, the URC and Formula 1.