Newcastle United to wear Saudi colours on away kit next season

This ain't it, chief.

Newcastle United will wear the colours of the Saudi Arabia flag on their away kit from next season, with green trim on a white backdrop on the shirt.

As revealed by the Daily Mail, Newcastle's kit - as designed by manufacturers Castore - will feature the colours of the Gulf State, whose Public Investment Fund have an 80 per cent majority share of the club.

The shirt will see an all-white white backdrop while the trim of the neck, sleeves, and the club crest will be green. It also bears similarities to the kit worn by the Saudi national team.

END_OF_DOCUMENT_TOKEN_TO_BE_REPLACED

Unsurprisingly the kit is likely to receive heavy backlash from people who oppose the ownership, who themselves had to prove to the Premier League that there are no links between the PIF and the Saudi State before their £350m acquisition in October.

Newcastle meanwhile see this as an opportunity to increase their revenue in shirt sales in Saudi Arabia and also display the colours of their majority owners.

END_OF_DOCUMENT_TOKEN_TO_BE_REPLACED

Although it has yet to have been officially confirmed, it seems pretty set in stone and the news comes just days after club boss Eddie Howe warned that the Magpies won't be able to spend endless amounts of money, given the risk of Financial Fair Play non-compliance.

He said: "With Financial Fair Play, we have restraints and we have things that we have to work within.

"We can't just go out and spend money on players like maybe teams could have done in the past, and totally change their squad within one transfer window. That is not an option for us. 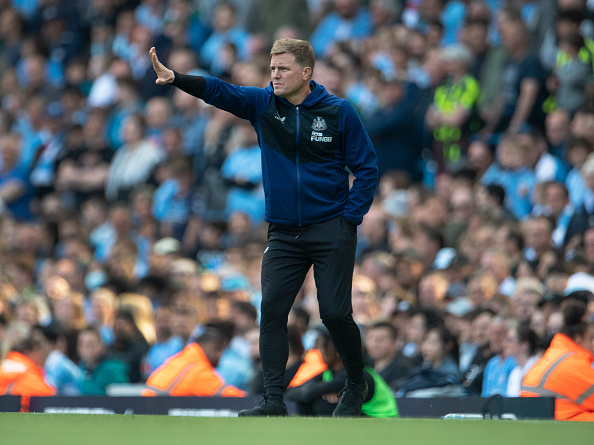 END_OF_DOCUMENT_TOKEN_TO_BE_REPLACED

"The more money you spend in one window, the more it impacts your ability to then spend in windows beyond. The rules are there to govern the game properly and we have to follow suit, so that does impact what we can do this summer.

"But it doesn't mean that we're totally without ambition. We're well aware that we have to change the squad and we have to make improvements, but it's going to be a difficult balance."


popular
Roy Keane handled Gary Neville’s goal celebration as most Irish fans would
Roy Keane cracks up ITV pundits with description of Senegal supporters
World Cup 2022 Day 15: All the major action and talking points
From Ireland to Argentina: Alexis Mac Allister's Irish roots explained
Damien Duff makes 'brutally honest' England World Cup prediction after Wales win
Ronaldo finally reveals why he got that hideous haircut
Shay Given on how far Ireland could've gone at the 2002 World Cup with Roy Keane in the team
You may also like
1 month ago
Looking back at the best Tottenham vs Liverpool clashes of the past
1 month ago
Man City club doctor takes aim at Jurgen Klopp in deleted social media post
1 month ago
Player ratings as Man United beat West Ham thanks to Marcus Rashford goal
1 month ago
Liverpool Leeds player ratings: Crysencio Summerville stuns Reds at Anfield
1 month ago
Five talking points as Liverpool face Leeds at Anfield in a crucial Premier League game
1 month ago
Referee Bobby Madley to make Premier League return four years after being sacked
Next Page