How was your Christmas?

Chances are it was pretty standard. A decent bit of food, offset by the mundanity of having to explain how your life is going to assorted relatives.

Probably a bit too much to drink, but christ it was the only way to get through all the questions.

Watching some movies you've seen a hundred times before, but could you really be bothered trying to assert control here.

Well, whatever you did it wasn't quite as good as one punter who pulled off what may well go down as the greatest cash out of all-time on St Stephen's Day.

A 21-leg football accumulator is a ballsy enough bet at the best of times but this lucky punter, whose identity remains a mystery, was on course to win £1.2 million (€1.4 million) from a £1 bet when all 21 of their predictions looked set to come off.

But with just four minutes of Monday's 3pm kick-offs remaining this punter decided to cash in on their bet, opting to take home a cool £223,000 (€261,000) rather than risk a later goal.

It was just as well. 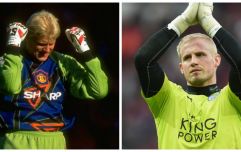 END_OF_DOCUMENT_TOKEN_TO_BE_REPLACED

In the 90th minute of Plymouth's game against Wycombe Myles Weston's strike earned a 3-3 draw for this visitors.

This would have left our hero with nothing to show from their ambitious bet, but their quick thinking a few minutes earlier meant that they have a very different story to tell this Christmas.


popular
"I did enjoy Roy Keane absolutely sh*tting his pants when someone tougher than him challenged him"
Josh van der Flier recalls first Leinster training session with Brian O'Driscoll
The SportsJOE 12 o'clock quiz | Day 193
You'd be doing extremely well to get 100% in this US sports badge quiz
The SportsJOE 12 o'clock quiz | Day 192
SportsJOE 2000s Football Quiz | Round 2
Johann van Graan addresses talk of Munster return for Simon Zebo
You may also like
2 years ago
Our betting tips for this weekends All-Ireland semi finals
3 years ago
Back all five of our US Masters outsiders and you might win some money*
3 years ago
TWEET: This high stakes punter's betting statement will make your eyes water
3 years ago
Dublin punter one win away from being a millionaire - still pockets over €350,000 on crazy accumulator
4 years ago
This is how Leicester City's title odds have dropped throughout the season
4 years ago
Two Leicester fans cashed out of their Leicester title bets just before the Manchester United match
Next Page