For Ed Woodward and the Manchester United board, an opportunity has arisen. Will they sack another manager to take advantage?

The prospect of dealing with Tottenham chairman Daniel Levy over players - even those running down contracts - is something Manchester United have never enjoyed too much.

United and Tottenham have done several deals over the past two decades. Teddy Sheringham moved to United in 1997 'to win trophies' and did just that after a bumpy start. Levy was trying to initiate a Tottenham transfer around that time but it took him until 2001 to take over from Alan Sugar as chairman.

Since doing so, he has sold Michael Carrick and Dimitar Berbatov to United and both for a decent clip, £18.6m and £30.75m. Alex Ferguson claimed that the 2008 deal to get Berbatov saw Levy 'nail us to the flagpole'. Levy used Manchester City's interest in the striker to ramp up his asking price and he also demanded young United forward Frazier Campbell on a season-long loan. Years after, Ferguson stated:

"That whole experience was more painful than my hip replacement."

There was talk, back when Ole Gunnar Solskjaer was merely the caretaker boss at United, that Levy would seek £50m in compensation if they came looking for Mauricio Pochettino. As it transpired, Solskjaer took United on an impressive run of victories that included a comeback win over PSG in the Last 16 of the Champions League. Solskjaer got the United job on a permanent basis while Pochettino got Tottenham to the Champions League final.

Six months on, however, and Pochettino has been sacked by Spurs with Jose Mourinho (at United less than a year ago) coming in as the new boss.

Pochettino may wish to take a break for the next while but many Manchester United fans have been urging their club to act fast and get Pochettino in. The prospect was discussed [from 27:00 below] on the latest episode of The Football Spin. 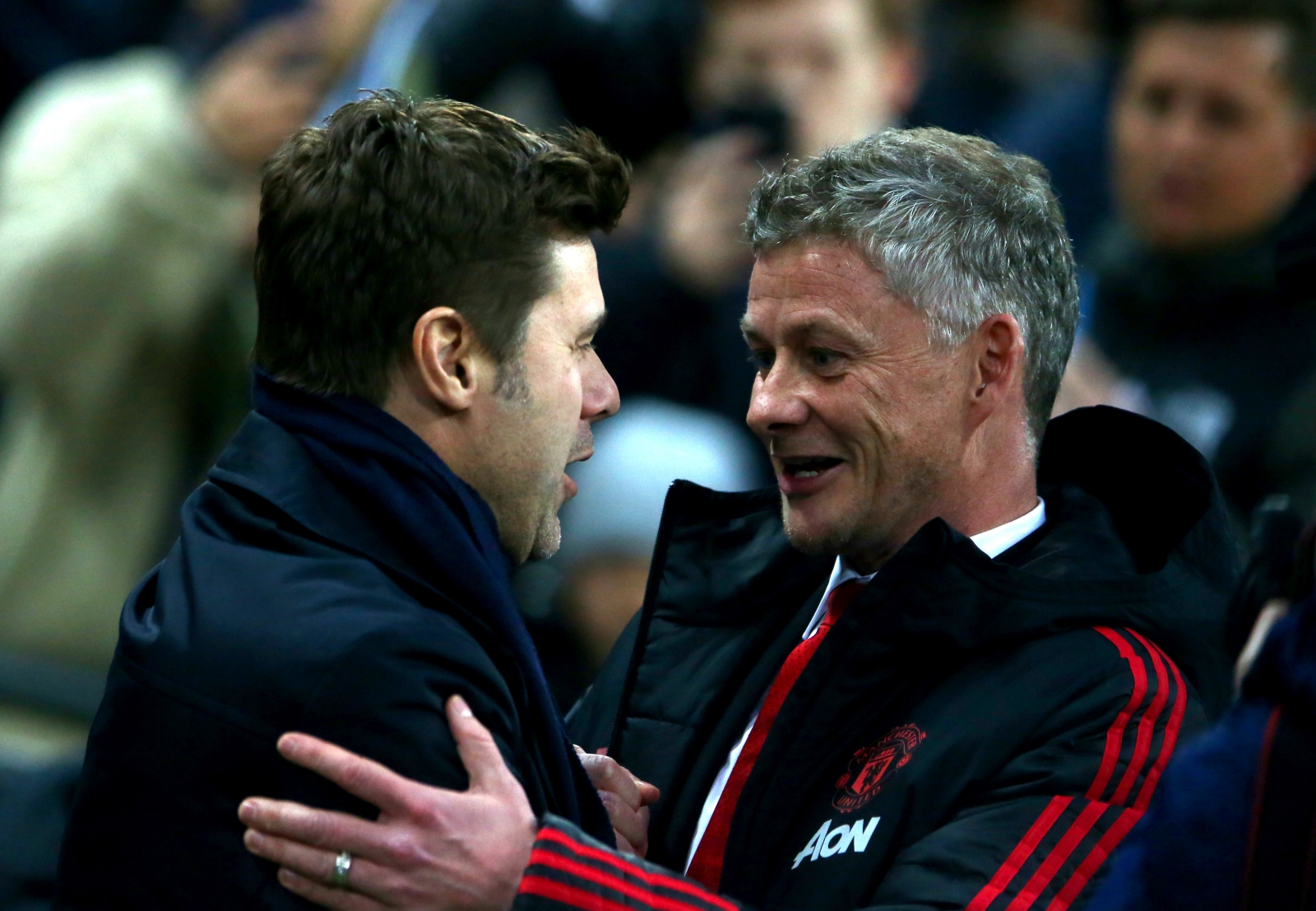 "There is another strand to this," Fanning agreed. "Mauricio Pochettino is now available. Pochettino, with his demonstrable gifts in building teams, playing exciting, dynamic, progressive and modern football, is now out there. He's licking his wounds but he's available.

"And there is one club - more than any other - that could probably do with him right now."

"How soon," Fanning asked Choudry, "do you expect him to become Manchester United's next manager?"

Choudry believes United, under Ed Woodward and their current board, are so obsessed with spin and the public perception of their moves that they may hesitate too long over this big Pochettino call. "Now that he' free," he says, "it makes perfect sense to go for Pochettino."

"It could be like the whole Southampton thing [when Pochettino replaced Nigel Adkins] where you might have to bite the bullet and just be ruthless about it, but then it all becomes about how Woodward is being perceived. Will he be looked at as being ruthless again, as he was with Louis van Gaal? Does it put more pressure on him to spend big and would it affect the budgets?"

Fanning notes that United have recently briefed press members to state Solskjaer's position is safe and that all at the club are singing from the same hymn sheet.

And yet, Fanning rightly remarks, "Every bad United result is just going to come with some picture of Mauricio Pochettino looking handsome on a beach somewhere, and the idea that he could be in by Monday." To that notion, Choudry replies:

"I saw someone on Twitter saying something along the lines of, 'What will happen now is that United will suddenly go on an incredible run of form, until Pochettino gets a job somewhere else'.

"It would parallel the start of Ole's time at United. But you never know. Pochettino will then go to Bayern Munich and United will drop down to 16th. Then they'll get Ryan Giggs in, or someone!"

Pochettino is on the market and Solskaer will need that incredible run of form to start real, real soon.

United's next three games are Sheffield United (away) and home fixtures with Astana and Aston Villa. If they fail to win all three, it could well be Jose Mourinho's Tottenham sealing to managerial fate of the man that replaced him.


popular
The SportsJOE 12 o'clock quiz | Jack Charlton special (Day 112)
Roy Keane on the experience of being managed by Jack Charlton at USA 94
"Never back against the Irish" - How the BBC covered our USA 94 win over Italy
When the President interrupted a Euro 88 pint between Charlton and Dunphy
WATCH: Amazing scenes at Aviva Stadium as Jack Charlton is given standing ovation
"He is a man I genuinely loved. He gave me his support when I needed it most"
'ROG was the kingpin... he just wanted to win, win, win' - Barry Murphy
You may also like
1 week ago
'Pogba seems to really appreciate having someone in there who's taking the limelight'
3 weeks ago
Uncomfortable truth about Roy Keane swipes at De Gea and Maguire
1 month ago
'I never liked Eric Cantona... but he was my favourite player' - Neil Ruddock
1 month ago
10 Liverpool players Manchester United fans loved to hate
3 months ago
The Ultimate Manchester United Treble-Winning Quiz
4 months ago
"The day Dean Henderson comes back, he's obviously fighting to play"
Next Page