In the space of one Friday, Manchester United more than doubled their transfer outlay for the summer.

Leicester City and Manchester United have agreed a fee of £85 million for England international Harry Maguire and the deal is set to be officially announced over the weekend. Good business and yet further United transfers remain the subject of much talk.

Added to Daniel James (from Swansea) and Aaron Wan-Bissaka (Crystal Palace) as United transfers, earlier this summer, the club have now outlaid £145m to strengthen their defence and add a promising young attacker to the ranks.

Given the fact that Tahith Chong, Axel Tuanzebe, James Garner and, in particular, Mason Greenwood have all acquitted themselves well in pre-season, there should be reasons for optimism at Old Trafford.

Interestingly, for all of Ole Gunnar Solskjaer's talk of moving under-performing and -committed players on, only Antonio Valencia and Ander Herrera have departed the senior squad, and most United fans would have preferred to keep Herrera.

There remains the very real concern, for Solskjaer and the United faithful, that the likes of David De Gea and Paul Pogba could still move on after the Premier League season begins. United begin their league campaign against Chelsea on August 11, three days after the English window closes, while La Liga's does not close until September 2.

Now that United have addressed a couple of vital issues in defence, their midfield could do with some freshening up. Scott McTominay looks set to press Nemanja Matic for a place in centre midfield and the club's remaining transfer targets could add some real drive and creativity. 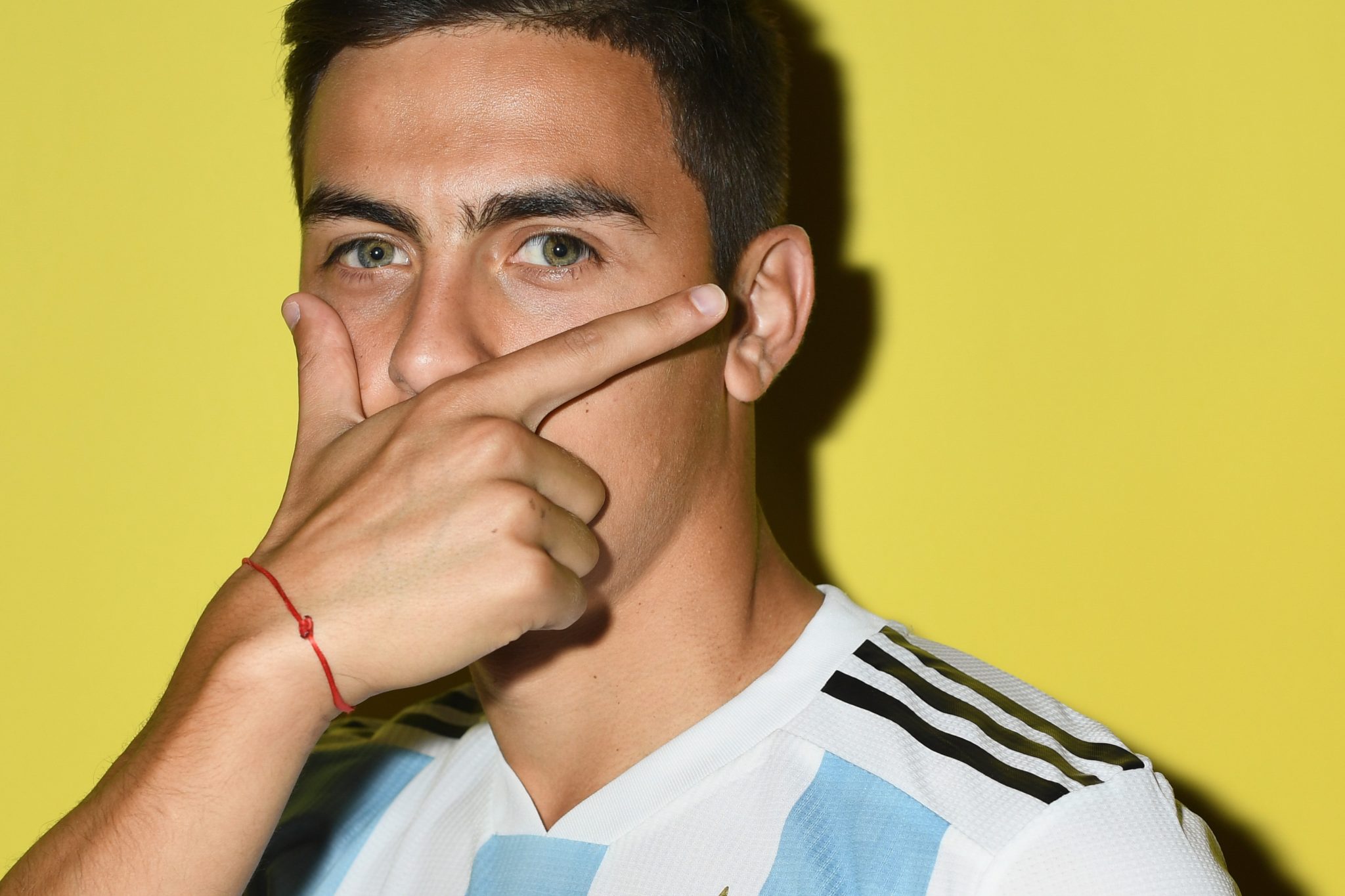 This one was mooted last season, and earlier this summer, but always appeared to be wishful thinking. Inter Milan were the favourites to get Romelu Lukaku but their reluctance to pay £70m say United hold firm. Juventus could do with Lukaku, who one suspects would prosper in Serie A, as they have sold Moise Kean and Gonzalo Higuain is flagging.

END_OF_DOCUMENT_TOKEN_TO_BE_REPLACED

Dybala is reluctant to leave Juve but it would appear that Maurizio Sarri is happy to shed him after a busy transfer window for the Italian champions. The Argentine would bring goals and assists to the party, at United, and could play across the forward line and as a No.10. 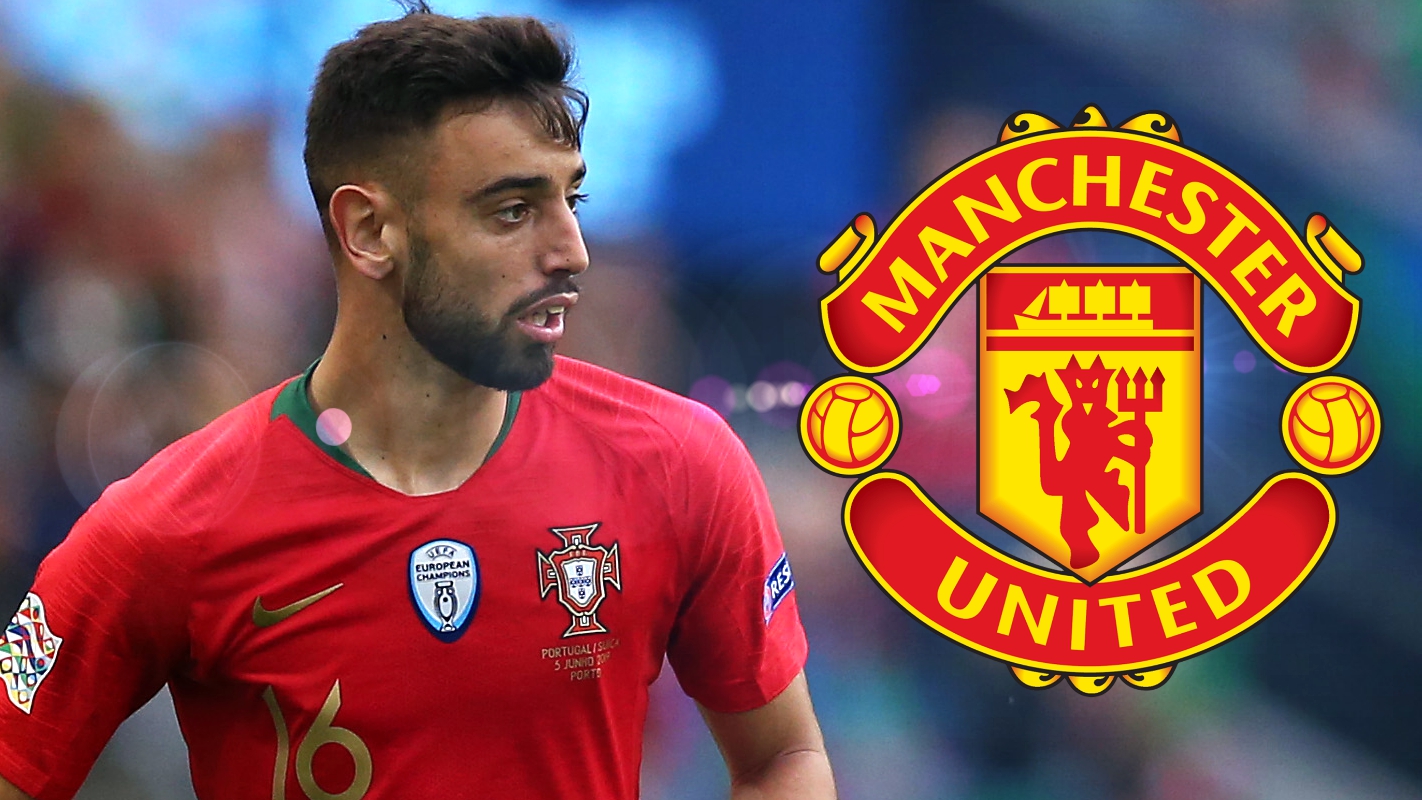 The 24-year-old Sporting Lisbon captain made a name for himself in Serie A before returning home and racking up insane stats when it comes to goals and assists. Has impressed for Portugal in recent Nations League outings and Euro 2020 qualifiers too.

Fernandes looks all but certain to leave Sporting Club de Lisbon this summer and his representatives are attempting to waft him under the noses of both United and Tottenham in a bid to fetch £60m + for his services.

Should United get in Dybala and Fernandes, their Best XI suddenly has more bite. 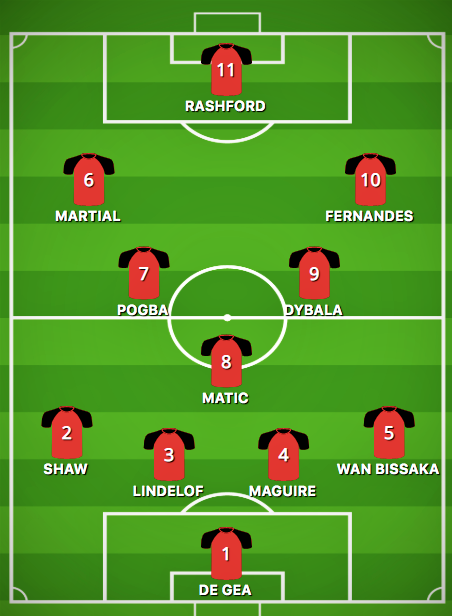 United transfers have been decent this summer but it remains to be seen how the squad will look come September 3, when windows slam shut across Europe.

popular
The 14 Irish players Down Under as TG4 come up with the goods once again
Roy Keane's first impression of Cristiano Ronaldo proved to be very accurate
The SportsJOE 12 o'clock quiz | Day 290
Jurgen Klopp chases Sean Dyche down Anfield tunnel after half-time fracas
"I kind of decided on Hill 16, 'you're either going to do this or you're not going to do this.'"
Joe Rogan reveals he could be parting ways with the UFC
Fernando Torres has got absolutely jacked since retiring from football
You may also like
4 days ago
Redemption for Victor Lindelof gives United supporters another reason to believe
4 days ago
Jurgen Klopp calls Man Utd style 'the worst thing you can face in the world' after draw
4 days ago
Jordan Henderson says Liverpool were frustrated by "strange" half-time whistle call
4 days ago
Liverpool fans complain at timing of half-time whistle in Man Utd draw
4 days ago
Scapegoats stand up for United as Liverpool's profligacy continues
6 days ago
Alex Ferguson's dismissive comments confirm truth about Jordan Henderson
Next Page