Man United player 'had to Google who Ralf Rangnick was'

Never a good start when you have to Google who your boss is.

An unnamed Manchester United player had to search who Ralf Rangnick was before he took over as an interim boss until the end of the season.

Rangnick took over from Ole Gunnar Solskjaer after the Norwegian was sacked in November. Whilst Rangnick has a huge pedigree in the game, reports from ESPN suggest that more than one Man United player had to Google search the interim boss. 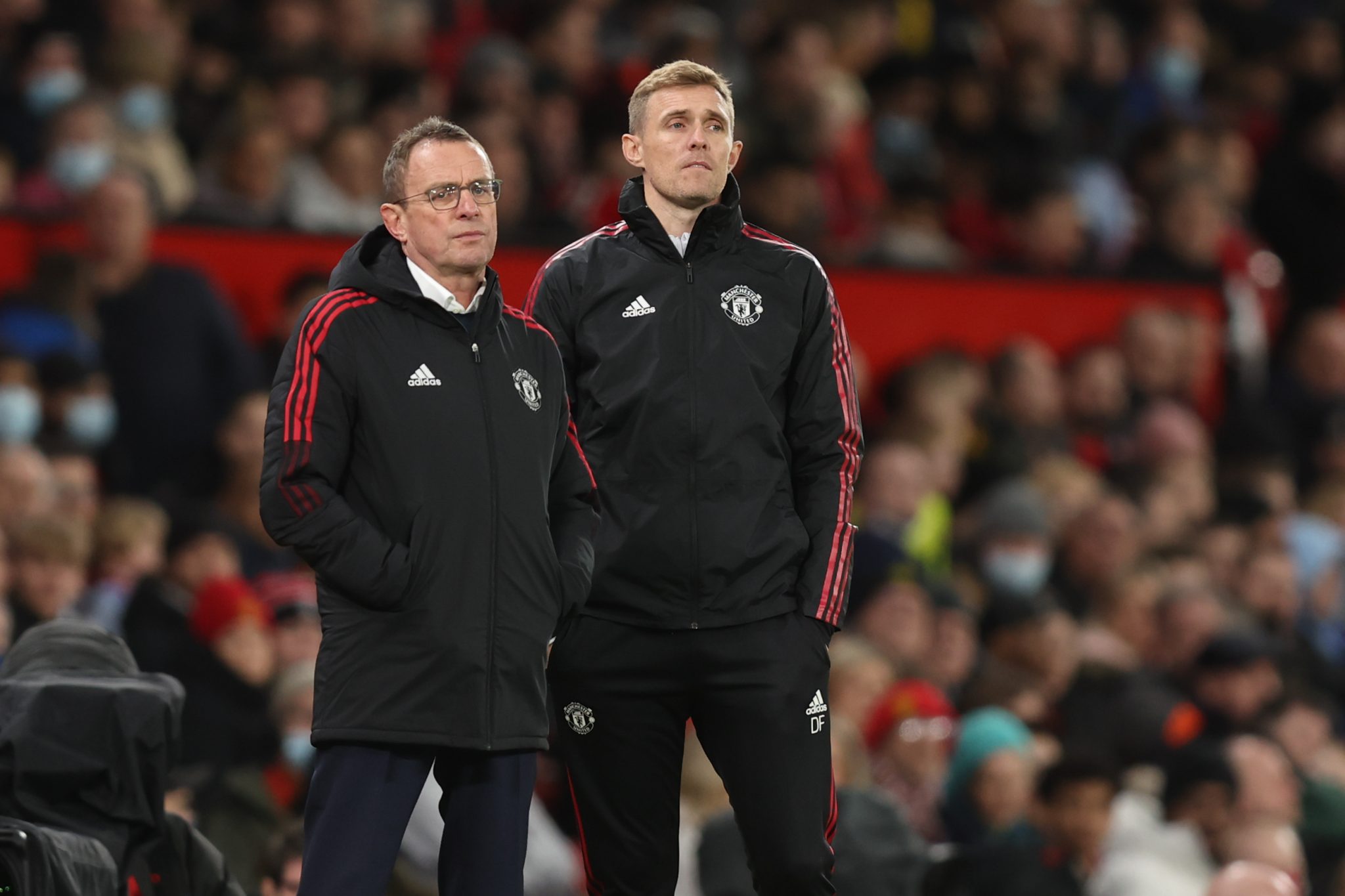 END_OF_DOCUMENT_TOKEN_TO_BE_REPLACED

Despite the German's wealth of knowledge, United have yet to hit the ground running and are now dealing with the fallout after losing against Wolverhampton Wanderers on Monday night - their first defeat since Rangnick took charge.

The result comes after a series of abject performances, which have led to a series of inquests from supporters, with many citing their blame on the playing squad and their apparent lack of desire to perform.

One (there may have been others too) Man Utd player had to Google Rangnick when he was appointed, to find out who / what he was. No big deal, many players don't spend time studying coaches and trends. But it does point to Rangnick having to convince a squad of his credentials

END_OF_DOCUMENT_TOKEN_TO_BE_REPLACED

It's led to reports of a divide in the dressing room with some members of the squad frustrated by the lack of playing time, whilst others are disillusioned by the interim boss' tactics.

As a result, up to 11 players reportedly want to leave Old Trafford, with rumours suggesting that Jesse Lingard, Donny van de Beek, Dean Henderson and Eric Bailly want to leave.

END_OF_DOCUMENT_TOKEN_TO_BE_REPLACED

According to reports on Wednesday, players have found Rangnick to be a more distant figure than Solskjaer was, with some senior members of the club describing the atmosphere as the 'worst they can remember.'

Rangnick and United now have the chance to turn their attention away from the Premier League and build momentum in the FA Cup on Monday night when they face Aston Villa at Old Trafford in the third round.

As many as 11 United players want to leave the club, according to reports.https://t.co/Nk5tDoGaXU


popular
Cutting through the contradictions from one of the worst television segments of the year
Roy Keane shows great comic timing after Jack Grealish party invite
France the sore losers as Ireland Men reach first ever Sevens World Series final
Noel Gallagher left 'covered in blood' after headbutt from Ruben Dias’ dad
"I don't want to stick the knife in" - Are Leinster in Munster's heads?
Josh van der Flier 'on another level' as he gets Sean O'Brien's vote
Kilkenny corner back does what every defender is supposed to do to win All-Ireland under-20
You may also like
1 day ago
Roy Keane shows great comic timing after Jack Grealish party invite
1 day ago
Pep Guardiola claims title win would put Man City level with Alex Ferguson's Man United
2 days ago
Juan Mata reveals he'll talk to Man Utd boss Erik ten Hag about his future
3 days ago
Nemanja Matic claims Man United players are 'doing their best' this season
3 days ago
Man United cancel end of season awards after player requests
4 days ago
Jose Mourinho claims managers at Man United are 'no longer expected to lift titles'
Next Page