Manchester United are in the market for a forward, and are attempting to hijack Manchester City's move for Alexis Sanchez.

The Premier League leaders have long been linked with signing the Chilean forward, and had a reported £60m offer for him accepted by Arsenal on deadline day last summer.

However, Arsene Wenger's side were unable to secure a replacement - Thomas Lemar from Monaco - and the deal for Sanchez collapsed. His contract expires at the end of the season and it appears as though he will leave the club this month, with one of the Manchester teams his most likely destination.

END_OF_DOCUMENT_TOKEN_TO_BE_REPLACED

Reports on Friday claimed that City are not prepared to pay more than £20m for Sanchez, while United are said to be willing to offer Arsenal £25m, and pay the forward more than the £250,000 a week that City have offered him. The 29-year-old is understood to prefer a move to City, and to work again with his old Barcelona coach Guardiola. However, he and his agent are understandably considering United's offer, and any deal could depend on Arsenal securing a replacement, with Bordeaux's Brazilian forward Malcom said to be their main target.

With a few weeks to go before the transfer window closes, it's unclear how the situation will develop. But what is certain is that Sanchez is in an extremely privileged position. Very few players will ever be in the final months of their contract with two of the world's richest clubs fighting over them. If United miss out out on Sanchez, they will still be in the market for a forward, and have reportedly targeted two other Premier League strikers.

According to The Telegraph, the Red Devils are interested in signing Jamie Vardy from Leicester City, or Javier Hernandez from West Ham United, if they can't secure a deal for Sanchez this month. The report claims that United are worried that they are short of options up-front due to Zlatan Ibrahimovic's injury problems since returning from a long-term knee injury, leaving them with just Romelu Lukaku to play as a central striker. Mourinho is said to consider Marcus Rashford and Anthony Martial to be wide forwards, rather than players who can play centre-forward. 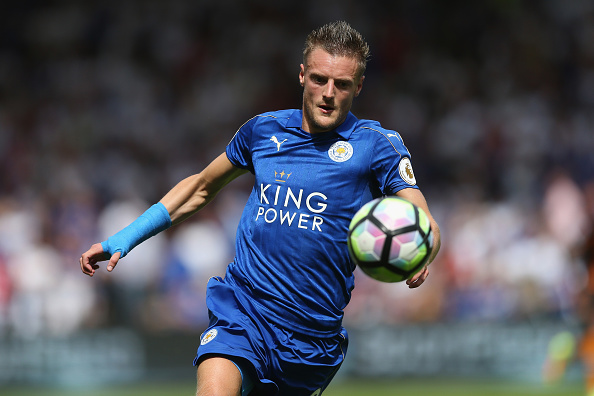 END_OF_DOCUMENT_TOKEN_TO_BE_REPLACED

The report claims that Vardy would cost United £35m to sign this month, and that's if Leicester are willing to sell the England striker, who turned 31 earlier this week. A transfer with West Ham for Hernandez could prove a lot easier for Mourinho's team.

The Mexican striker, who played for United between 2010 and 2015, and remains a popular figure with the club's supporters, is reportedly free to leave West Ham this month, just a few months after joining from Bayer Leverkusen for £16m.

Hernandez has scored just four goals in 17 appearances this season, but has often been played out of position. He doesn't seem to fit into David Moyes' plans, but Mourinho is a fan of the player. The United manager said last March that he never would have let Hernandez leave United if he had been in-charge when the player was at Old Trafford.