Player ratings as Liverpool cruise past Rangers in the Champions League

Liverpool returned to winning ways on Tuesday evening. The Reds beat Rangers 2-0 in their Champions League tie at Anfield, with Trent Alexander-Arnold and Mohamed Salah scoring the goals.

It was an easy night's work for Jurgen Klopp's side, who came into the game following their 3-3 draw with Brighton in the Premier League last weekend. 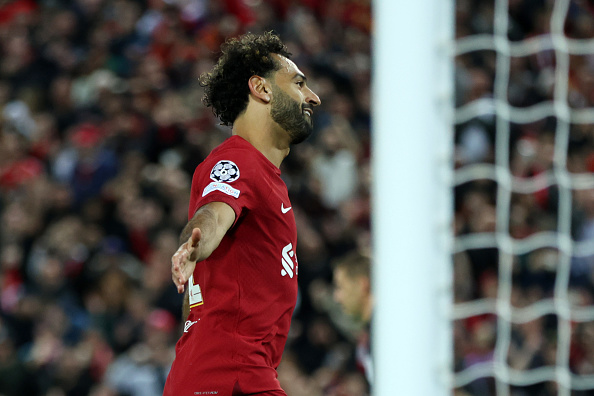 END_OF_DOCUMENT_TOKEN_TO_BE_REPLACED

Liverpool changed their formation for the match, opting for 4-2-3-1 instead of Klopp's usual choice of 4-3-3.

Darwin Nunez led the line, with Mohamed Salah, Diogo Jota and Luis Diaz behind him. Thiago and Jordan Henderson started in central midfield.

END_OF_DOCUMENT_TOKEN_TO_BE_REPLACED

Klopp was evidently looking to overwhelm Rangers by playing with four forwards. The Scottish side lined out in a 5-4-1 formation and appeared intent on keeping the score down,

Rangers have not won an away match in the Champions League in 15 years, and the early stages of the match showed no signs of that unwanted run changing.

END_OF_DOCUMENT_TOKEN_TO_BE_REPLACED

Liverpool swarmed all over Rangers from the first whistle, with Allan McGregor forced into an early save from Nunez. After seven minutes, however, the home side went ahead. Trent Alexander-Arnold curled a free-kick from 25-yards out straight into the top corner.

It was clear to everyone in the stadium where the Liverpool full-back was aiming to put the ball, but Rangers goalkeeper McGregor, or the players in the wall, could do nothing to stop the strike. 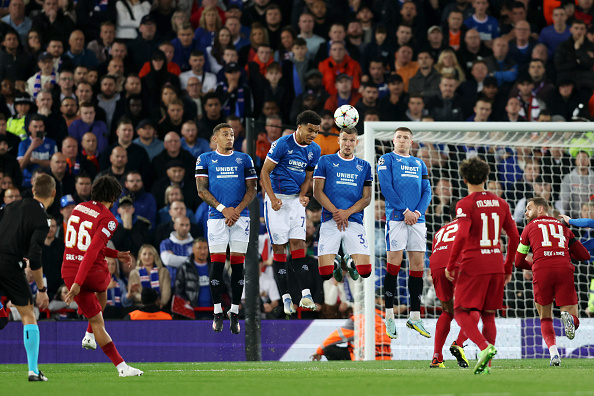 Liverpool remained in control after the goal, as the pattern of the match stayed the same. Rangers sat in a low block and invited the home side to try to break them down.

Klopp's side created a couple of openings but were let down by poor finishing from Nunez. The Uruguayan had three attempts on Rangers' goal in the first period, but McGregor saved every shot.

Nunez, 23, was working hard, yet nothing was working out for him. The former Benfica striker, Liverpool's record signing, hit all of his shots straight at Rangers' 40-year-old goalkeeper and never appeared to pick his spot.

He lost the ball more times than any other player on the pitch in the first half (5) and had the worst pass accuracy of any Liverpool player in the opening period.

It could be a question of nerves after his big-money move, but Nunez looked did not look like an elite striker on a frustrating evening for the Uruguayan. 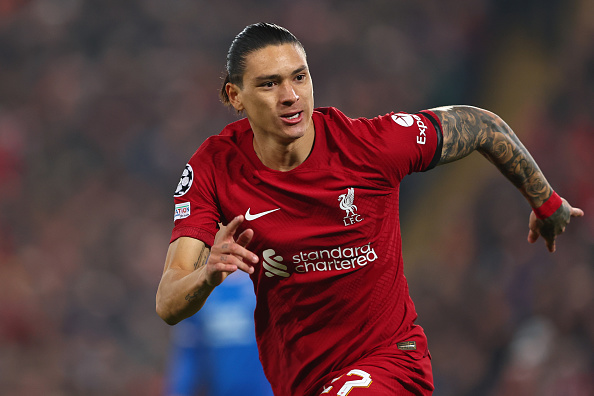 Liverpool doubled their lead soon into the second half. Thiago won the ball back from Ryan Kent in the middle of the pitch and passed to Diaz, who ran into the Rangers' penalty area and was clumsily fouled. Salah scored the subsequent penalty, waiting for McGregor to dive before hitting the ball down the centre of the goal.

Liverpool cruised through the rest of the game, as Rangers offered very little threat to Alisson's goal. Klopp's team continued to create openings, with Jota coming close to scoring Liverpool's third goal. McGregor, however, tipped his powerful shot over the bar.

Overall, it was a welcome victory for Liverpool due to their struggles in the Premier League. Klopp's side also got their Champions League campaign back on track following defeat to Napoli in gameweek two.

The performance of Nunez, however, could be a concern for Liverpool. The Reds won't have many easier matches this season to help their record-signing find his form. 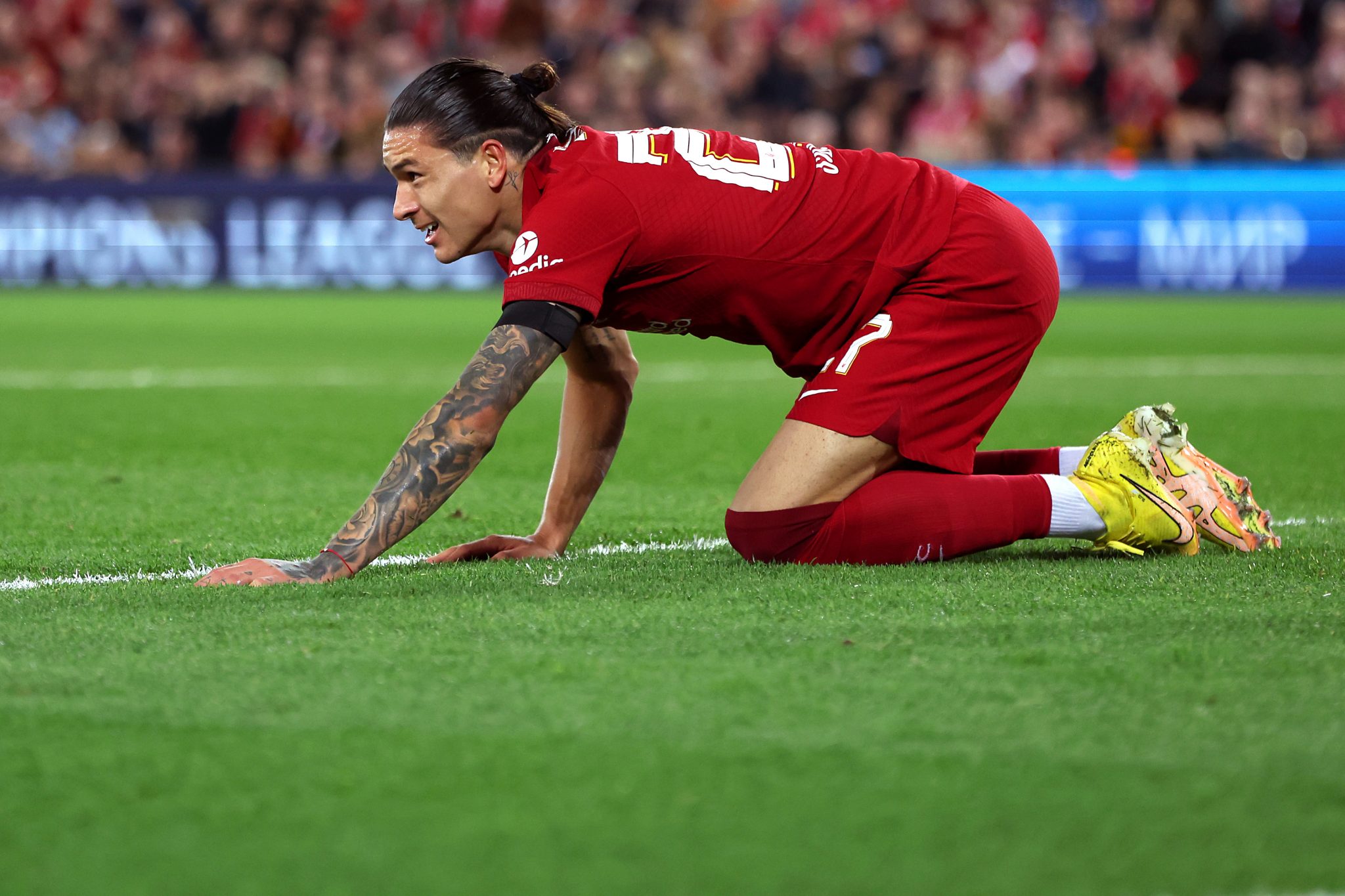 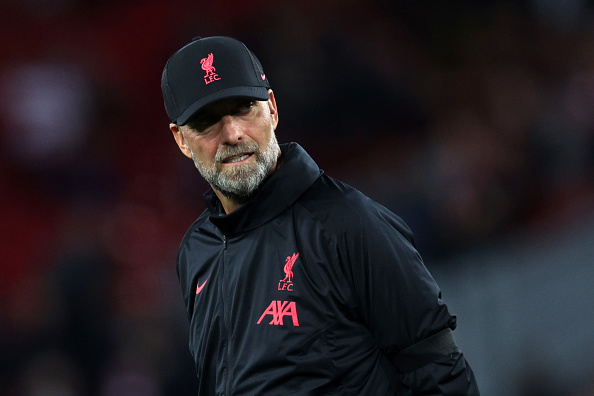