Jurgen Klopp snaps at reporter for asking about Liverpool's transfers

"That’s what you think of me, after all the years?"

Jurgen Klopp took issue with a question about Liverpool's transfer policy at his press conference on Friday.

The Reds boss spoke to reporters ahead of the team's trip to play Brighton and Hove Albion on Saturday. Liverpool are without several key players for the Premier League tie, as Darwin Nunez, Diogo Jota, Luis Diaz, Roberto Firmino and Virgil van Dijk are all injured.

Liverpool signed Cody Gakpo earlier this month, but are short in certain positions heading into the business end of the season. They have also experienced a difficult campaign and are currently in a fight to finish in the Premier League's top four. 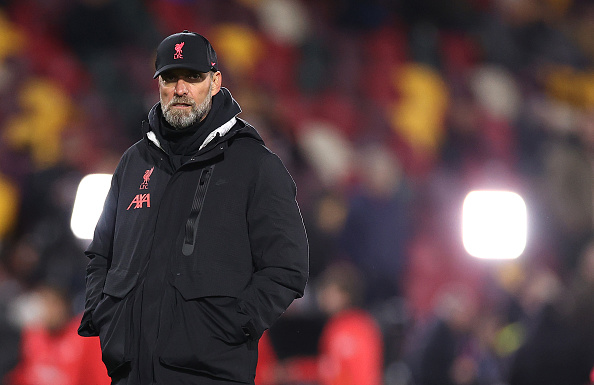 END_OF_DOCUMENT_TOKEN_TO_BE_REPLACED

At his press conference on Friday, Klopp was asked if his issues could potentially be solved by making more signings in the transfer window.

"Jurgen, you said earlier that you can't solve all your problems in the transfer market," the reporter asked.

"Is that because you don't think the players who can solve your problems, you can't get? Or you can't get the players you think might be able to solve the problem? Or is it financial or a combination of both?"

The German coach snapped back at the reporter and took issue with the line of questioning. Klopp then explained why he believes signing new players in the transfer market would not solve Liverpool's short-term issues. 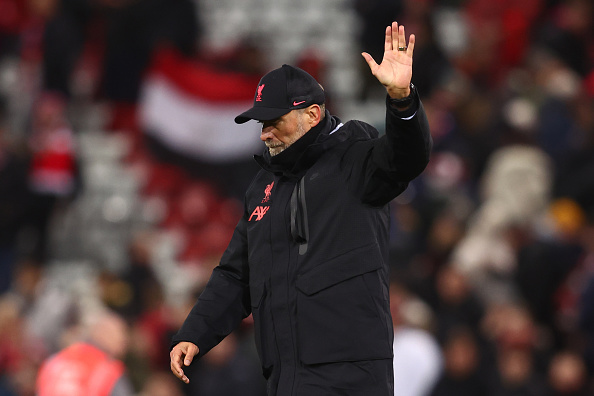 "Come on, now I have to tell the money story again? What could be the reason? That we have money like crazy but we don’t buy the players even when they are available? That’s what you think of me, after all the years?

"You know the answer. If I sit here and say ‘No, no, no. We have money in the bank massively like we don’t know what to do with but the players out there – Nah we don’t do that’.

"That is what you think of me? After all these years" 😳

Klopp was not happy with this question 👀 pic.twitter.com/3EJOB2RyBM

"We have on top of that the problem that in the moment four of our offensive players are injured - our strikers. Now, we buy another one then they will come back, Darwin soon, the others a little bit later, and then we have seven strikers.

"We couldn’t even put them all on the Champions League list. It is just not that easy. You cannot solve the problems, especially with injuries.

"Injuries are the big, big shadow over all of us because we cannot solve it in the transfer window. Sometimes you have to, but usually we just have to get through until the boys come back and then you can use them again.

"That’s why in our best season we didn’t have a lot of injuries. Now we have them and we have to deal with that but the transfer market, for us at this moment, is obviously not the solution.

"But if something is out there and someone tells me ‘Yes we will do it’. But for this particular situation, I don’t think it will happen."

Jürgen Klopp snaps at a reporter for asking about Liverpool's transfer business 😡 pic.twitter.com/vSJ9BsTUfH