"I couldn't remember him as a mentality monster on the pitch."

Jurgen Klopp has criticised Gabby Agbonlahor for his comments about Manchester United after the Red Devils lost 4-0 to Brentford last weekend.

The Liverpool manager is preparing his team to face the Red Devils at Old Trafford on Monday, and at his press match press conference, he was asked about his rival's terrible start to the season.

Klopp surprisingly jumped to the defence of Man United, and instead took aim at the team's critics, namely pundit Agbonlahor. 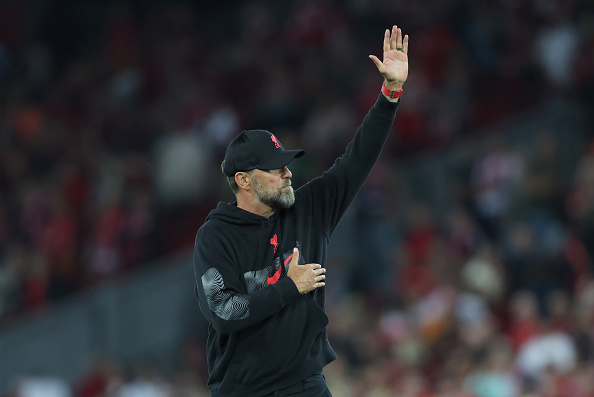 On talkSPORT last weekend, Agbonlahor said that Man United's new manager Eric ten Hag should 'pack up' as the team are a 'shambles' and 'like strangers' on the pitch.

END_OF_DOCUMENT_TOKEN_TO_BE_REPLACED

"I’ve been hammering United and people are saying I’ve got an agenda against Manchester United," the former Aston Villa forward said. "No, I’m speaking facts that real Manchester United fans will agree with."

On Friday morning, Klopp revealed that he had listened to the radio as the pundit made the comments, and he wasn't impressed.

The German reminded Agbonlahor that he was part of a Villa team that lost 6-0 to Liverpool at Anfield. Klopp also said ex-players turned pundits should have more empathy and understanding. 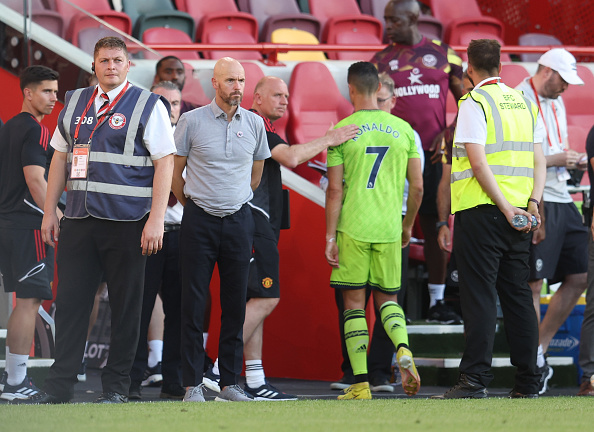 END_OF_DOCUMENT_TOKEN_TO_BE_REPLACED

"It was obviously not a nice week for United after the Brentford game," Klopp said in his pre-match press conference on Friday.

"We forget in these moments how good Brentford are. I watched the first half here and then drove home and listened to talkSPORT (on the radio) and Gabby... Gabby? Agbonlahor? He lost against us 6-0 in my first year.

"I couldn't remember him as a mentality monster on the pitch... What he said about United on that show, I was close to calling in and telling him, 'you've forgot that you've been a player too'.

"It was unbelievable. And if ex-players talk like this, then you can imagine how everything else is going."

"I listened to Gabby Agbonlahor, he lost against us 6-0 in my first year... I couldn't remember him as a mentality monster on the pitch."

Jurgen Klopp has hit back at Gabby Agbonlahor after his criticism of Man United last week.pic.twitter.com/R7PCr8QRv8

Klopp also spoke about Monday's match between Liverpool and Man United, with both teams looking for their first win of the season. The Reds boss said he doesn't know what to expect from United, but he anticipates a tough game.

"Now you just have to ask yourself, how would you want to react to a situation like this? And of course, you would want to fight back, that's completely normal, that's what we expect," Klopp said.

"United can change nothing or everything, so it is tricky preparation wise, but it's early and we don't have a lot of info anyway. It's tough but it's fine. United away will never be easy."

"I would prefer to play them after they won 5-0, that's how it is. We drew twice, so is it better to play us? I don't know. We have to deal with all the situations. The whole world will watch it, let's see how these heavyweights deal with the situation."


popular
"No" - Anxious wait for Jacob Stockdale injury update after latest blow
Players and mentors line up to shake referee's hand as 'Respect the ref' kicks off in Wexford
"It’s basically like a mix between rugby and soccer" - Paul Mescal attempts to explain Gaelic football on American TV show
Peter O'Mahony sparks melee after angry reaction to Zebre goading
Philly McMahon story best captures the kind of club-man St Vincent's legend Brian Mullins was
Former Manchester United teammate admits that he "idolised" Roy Keane
Na Fianna forward goes full 'Mugsy' with great point as Ballyboden crash out of Dublin Championship
You may also like
5 days ago
Paul Scholes explains why his time playing alongside Juan Sebastian Veron was a 'disaster'
1 week ago
Roy Keane wasn't having Ronny Johnsen's lovely gesture in Man United legends game at Anfield
1 week ago
Paul Merson rang Harry Maguire to apologise for comments made on Sky Sports
1 week ago
Bruno Fernandes explains key difference between Erik ten Hag and Ole Gunnar Solskjaer
2 weeks ago
Why have some Premier League games been postponed this weekend?
3 weeks ago
Anthony Martial claims Jose Mourinho cost him the World Cup and accuses Ole Gunnar Solskjaer of "treachery"
Next Page