Jon Walters: You have got to go with Kompany over Van Dijk

Van Dijk became just the third defender in the history of the Premier League to win the player of the season award yet Walters, who spent nine seasons in the Premier League with Stoke and Burnley, has said that Kompany is still ahead of the Dutch captain.

“You have got to go with Kompany over Van Dijk for winning the Premier League as captain," Walters told 888Sport.

"To be up there with the best you have to be winning things. Virgil Van Dijk has had a great 18 months and as good as he’s been you have to be doing it for at least four, five years before you can be considered right up there.

“Look at Ramos, Busquets, Pique. Those players are the world’s best because they’ve been doing it consistently winning trophies, leagues, Champions Leagues. 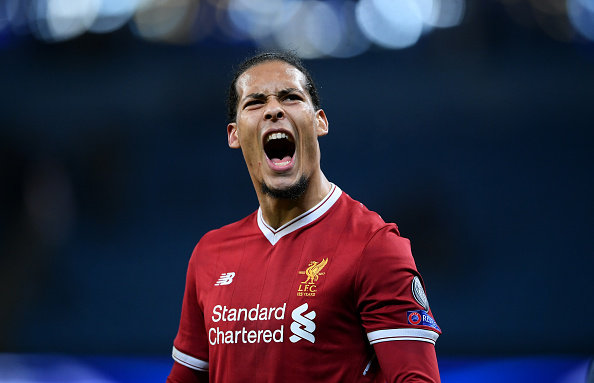 “There is a good probability that Virgil Van Dijk is going to be captain next year and he just needs to keep it up, keep doing it. Like Vincent Kompany who has been doing it for so many years.

“He’s older now and injuries have taken their toll but they’re right at the top of the league and he’s still played a major part this season.

“I was speaking to a Burnley player who played at City and asked him what Kompany is like. He said he relishes those big occasions. He said he’s unbelievable.

“There were plenty of times when I would drop deep and look to pass the ball off and you know for a fact that Kompany would be coming right through the back of you. And he’ll get away with it because he’s a nice guy and very articulate guy.

“He gets away with a lot but I like that because I try and do the same. They are different players but by virtue of winning the league and being so consistent over the years it’s Kompany for me.”

Walters told the BBC last month that van Dijk is so good across various aspects of the game that you really have to try and get into his head a little bit to put him off his game.

"When you come across a player like van Dijk," Walters began, "you're not really going to out-run him.

"He's so good on the ball, he's good in the air... although I won my fair share of headers... You've got to get into his head a little. The dark arts come into force.

"Giving him a bit off the ball and when he's running up for corners, blocking him. Just getting into his head a bit."

popular
Roy Keane's first impression of Cristiano Ronaldo proved to be very accurate
The 14 Irish players Down Under as TG4 come up with the goods once again
The SportsJOE 12 o'clock quiz | Day 290
QUIZ: Can you name all of these 1990s GAA stars?
Fernando Torres has got absolutely jacked since retiring from football
Lady Gaga will perform Satanic ritual during Super Bowl halftime show, according to conspiracy theorist
The SportsJOE 12 o'clock quiz | Day 289
You may also like
1 day ago
Jurgen Klopp on that Anfield tunnel run-in with Sean Dyche
1 day ago
Jurgen Klopp chases Sean Dyche down Anfield tunnel after half-time fracas
5 days ago
Could it be time for Liverpool to cash in on Mo Salah?
5 days ago
Redemption for Victor Lindelof gives United supporters another reason to believe
5 days ago
Jurgen Klopp calls Man Utd style 'the worst thing you can face in the world' after draw
5 days ago
Jordan Henderson says Liverpool were frustrated by "strange" half-time whistle call
Next Page