By Wayne Farry and Reuben Pinder.

Wolves have provided an update on the condition of star striker Raul Jimenez after he was taken to hospital to treat a head injury sustained during their win over Arsenal. 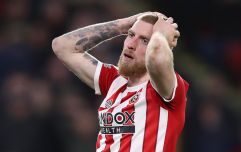 END_OF_DOCUMENT_TOKEN_TO_BE_REPLACED

The club confirmed Jimenez fractured his skull in the clash of heads.

“Raul is comfortable following an operation last night, which he underwent in a London hospital," Wolves said in a statement.

“He has since seen his partner Daniela and is now resting. He will remain under observation for a few days while he begins his recovery.

“The club would like to thank the medical staff at Arsenal, the NHS paramedics, hospital staff and surgeons who, through their skill and early response, were of such help.

“The club ask that Raul and his family are now afforded a period of space and privacy, before any further updates are provided in due course.”

Raul is comfortable following an operation last night, which he underwent in a London hospital.

He has our love and support as he begins a period of recovery.

We're all with you, @Raul_Jimenez9.

The incident occurred during the first half of the game at the Emirates, when Jimenez and David Luiz clashed heads while competing for an aerial ball. 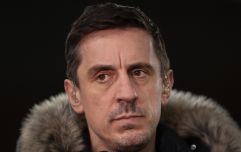 END_OF_DOCUMENT_TOKEN_TO_BE_REPLACED

Upon falling to the ground, Jimenez was out cold while Luiz escaped with less serious damage. The Arsenal defender's head was bandaged up and he was controversially allowed to play on, before being replaced at half time by Rob Holding.

In the meantime, Arsenal have faced heavy criticism for that decision to give Luiz the go-ahead.

While Luiz was on his feet receiving treatment after a couple of minutes, the Mexican forward was removed from the field on a stretcher and brought to hospital.

Later in the evening, Sky Sports reported that he was conscious and responding to treatment.

Having left the pitch during an extended delay which saw 10 minutes of injury time added onto the first half, Luiz was checked by the Arsenal medical team and returned with a bandage on his head.

While he appeared to be suffering no apparent ill effects, the extent of the impact and the speed which with he was checked led to a slew of criticisms of the club for allowing him to return, especially as the bandage on his head later became soaked with blood.

Chris Sutton, the former Blackburn and Norwich striker whose father - the former footballer Mike - suffers from dementia, questioned how adequately the check carried out on Luiz could have been.

Sickening head clash between Jimenez and Luiz. It’s time football wised up and got up to date and immediately ratifies temporary concussion replacements. Jimenez clearly in a bad way. Has David Luiz been checked adequately??

The criticism of Arsenal comes at a time when English football's authorities are being forced to confront the reality of the sport's links with brain injuries and dementia.

A number of former high profile former footballers - most recently Manchester United and England legend Bobby Charlton - have been diagnosed with dementia in recent years, and Sutton is among a number of ex-pros who has called on the Professional Footballers' Association to take the issue more seriously.

Speaking on Match of the Day 2 on Sunday night, former players Alan Shearer and Jermaine Jenas spoke passionately about the need for football's authorities to immediately implement proper concussion protocols in the game.

They both called for the introduction of head injury substitutes in football, something which is common in a variety of other sports including rugby union, league and cricket.

Arsenal manager Mikel Arteta defended the decision to allow Luiz to continue, saying that he had passed the concussion protocol.


popular
Rangers legend says he and Roy Keane didn't speak during Man United spell
The coolest customer in hand-ball hoping to carry on the family tradition for Kilkenny
Rhodri Giggs accuses Gary Neville of hypocrisy over Salford sacking
Josh van der Flier and Sam Monaghan win big at Irish rugby awards
"County football isn't for everyone" - Down captain Barry O'Hagan hits back at criticism
FootballJOE's Career Path Quiz: #6
"I think there are only five Kilkenny players who are guaranteed to start on any given day" - Cody's motivational methods