Chicharito left Manchester United on a £7.3m transfer, on Tuesday, and has already made his Bayer Leverkusen debut.

The Mexican striker played 70 minutes for his new club, last night, as he sought to move on from a sullen end to his United career.

Hernandez was a firm favourite of former boss Alex Ferguson and the United faithful. 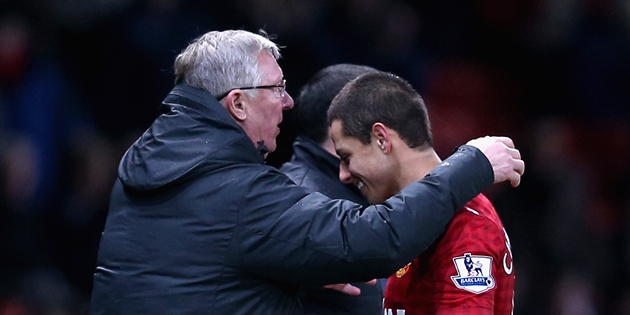 END_OF_DOCUMENT_TOKEN_TO_BE_REPLACED

During his first three season with the club, under Ferguson, he scored 33 league goals in 72 appearances (30 starts). He was often used off the bench, to great effect.

He scored four goals in 24 appearances during David Moyes' season at the helm.

END_OF_DOCUMENT_TOKEN_TO_BE_REPLACED

Louis van Gaal afforded him only 67 minutes (two substitute outings) of Premier League playing time. For the bulk of last season, he was loaned out to Real Madrid.

It is noticeable, then, that Hernandez singles out Ferguson and Jim Lawlor - his chief scout - for thanks, in his farewell message to the club.

He also pays tribute to the fans, like the Mexican gent he is.