The Ireland team Stephen Kenny should start against Luxembourg

One change in the match-day squad, but there could be other tweaks.

Ireland had long spells of good football against a Serbian side packed with attacking talent, on Wednesday, but fell away in the second half.

Stephen Kenny is still awaiting his first win as boss of Ireland's senior team, and he must have felt a giddy hope when Alan Browne put them 1-0 up against the Serbs. They were pegged back before half-time before having the best of the opening exchanges, after the break.

Aaron Connolly had what Kenny, and many others, felt was a "cast-iron" penalty appeal turned down before a double from substitute Aleksandar Mitrović put the tie out of site. James Collins grabbed a late goal but it was not enough to leave the Red Star Stadium with a point.

Kenny has since lost Connolly to injury and has, in his place, called up Troy Parrott for this evening's clash with Luxembourg. While Parrott will be hoping to go straight into the starting XI, we are rewarding Collins with a start. 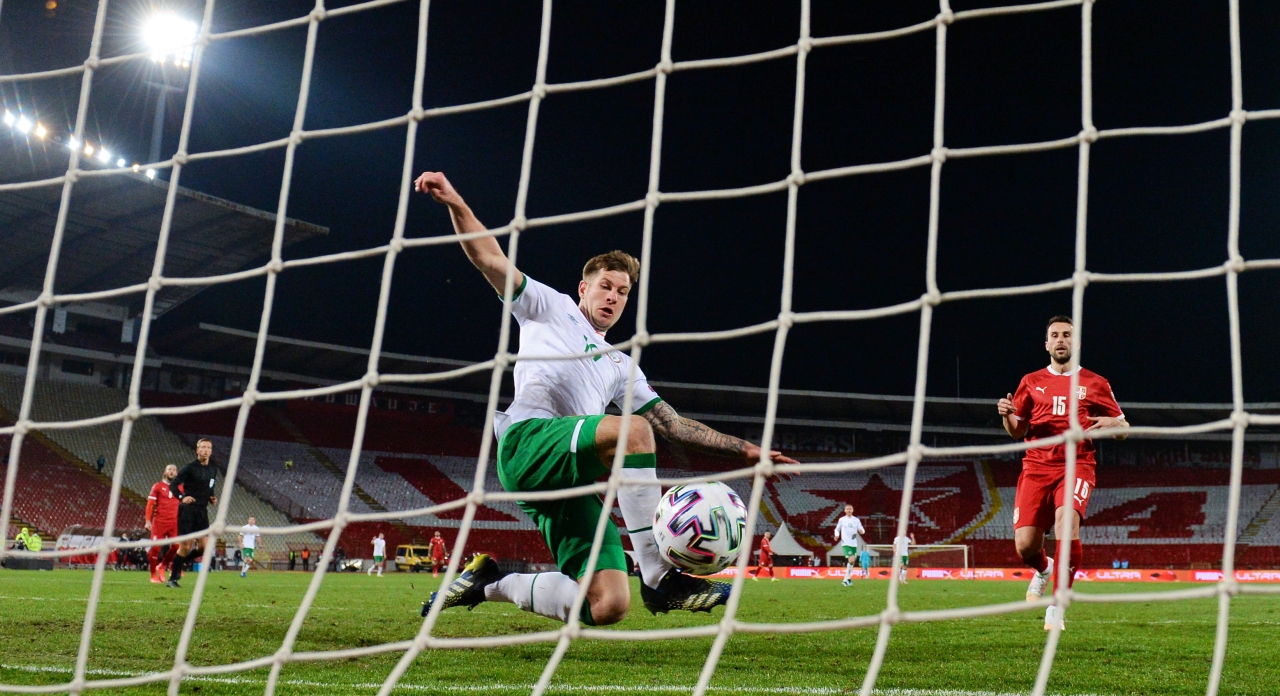 Such is the paucity of Irish goal-scorers, right now, that it feels only right to award Collins with the role of leading the line after his positive impact against Serbia.

In our preferred starting XI, we are bringing in Robbie Brady to play on the right-hand side of midfield and further up the pitch. His job will be to get crosses in to Collins and Alan Browne, while testing the goalkeeper too. Callum Robinson was one of Ireland's best players, on Wednesday, and he starts again.

There is no change in the midfield trio, while Seamus Coleman starts at right-back ahead of Matt Doherty in our 4-3-3 formation. In the centre of defence, Shane Duffy starts ahead of Ciaran Clark. We are sticking with Mark Travers in goal as we should have too much for Luxembourg and the Bournemouth stopper could really do with a show of faith.

OUR IRELAND XI TO FACE LUXEMBOURG 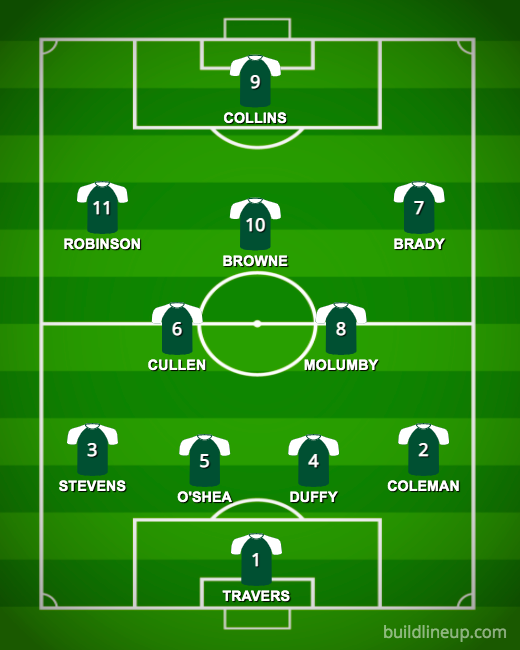 That would leave the likes of Ciaran Clark and Matt Doherty in reserve to cover any defensive changes or knocks. Should Ireland need an injection of urgency and something different for Luxembourg to deal with, Kenny can call on Jeff Hendrick, James McClean, Daryl Horgan, Shane Long and Troy Parrott.


popular
We knew Sean O'Brien wouldn't let us down with his Lions XV
Bill Shankly’s grandson asks for statue to be removed from Anfield
Keith Earls backed for Lions XV by one of the best in the game
'Make him hurt, make him yours' - How the Springboks ruled the world
'War-scene' in Tyrone dressing room before 2005 final sums up an iconic team
Joel Glazer's apology proves United fan's greatest criticism was right
The SportsJOE 12 o'clock quiz | Day 335
You may also like
3 hours ago
Cliodhna Moloney's commendable attitude after Ireland's bumpy landing
4 days ago
Full Ireland ratings as France deliver resounding Dublin victory
4 days ago
"Dorothy Wall, hands down... she's a wrecking ball!"
1 week ago
The six Lions spots being contested by Ireland and Scotland players
1 week ago
Rating the chances of Leinster's 16 Lions hopefuls
1 week ago
Full player ratings as Ireland dismantle Wales in Six Nations opener
Next Page