Ireland took the lead against a slick Serbia side but fell away in the second half. Our full Ireland ratings reward three players that did their country proud.

Ireland started brightly in Belgrade and won a couple of corners before the hosts started to boss possession. Serbia had plenty of crosses and corners but Ireland dealt with them well.

For all their pressure, it was Ireland that hit the front when Alan Browne showed up three times in a counter-attack before heading in his side's first goal in seven matches.

Look at it, that fine of work, and soak the damn thing in 🤏🤏🤏pic.twitter.com/k15qwPoKtX

Serbia struck back through Fiorentina striker Dusan Vlahovic, though, and Ireland survived more home attacks before making it to the break at 1-1.

END_OF_DOCUMENT_TOKEN_TO_BE_REPLACED

Ireland started the brighter of the two sides, after the break, and Aaron Connolly had a shot blocked before being fouled in the box soon after. It looked, for all money, like a penalty but the referee only awarded Ireland a corner.

Serbia made Ireland rue that denial, soon after, as they scored twice through sub Aleksandar Mitrović. His first was a lob over the stranded Travers while his second was a towering header. Both were teed up by Dusan Tadic. James Collins got a late Ireland goal but it was not enough to leave with even a point.

Here's how we rated Stephen Kenny's boys in green.

END_OF_DOCUMENT_TOKEN_TO_BE_REPLACED

Somewhat reluctant to stray beyond his six yard box for corners, crosses and through balls. When he left that safe zone, he paid dearly. Caught in no man's land for that Mitrovic lob and could not do much for the other two.

Should great awareness to cut in and prevent Vlahovic from getting a one-on-one with Travers. Another important tackle prevented Duricic from getting a shot on goal. Ireland's best defender.

Beaten to a header in the lead-up to that Vlahović goal. Then made two sliding blocks as Ireland held on to reach half-time. Completely outdone for the Mitrovic header.

Did extremely well to shut the Serbians out with well-timed interceptions in the first half. Vlahović pulled of his shoulder and got away from him for his goal. Put his body on the line to block a goal-bound Durisic shot.

Made an important back post clearance, mid-way through the first half. Decent outing.

Pegged it about with little impact in attack. Made an important interception to prevent a late Serbia goal despite it being a 3-on-2.

The tidiest of the starting XI in possession and brought his teammates into the game well. Only last 60 minutes as Kenny seemed to demand more defensive awareness before bringing him off.

Passed a ball straight out of play at one stage, albeit under pressure. Struggled with an injury in the first half but motored on. Was more of a disruptor out there for his side.

Broke Ireland's scoring duck with a header at the back post, after his initial pass with the outside of his boot set Callum Robinson away. His best game for his country.

Did well to beat his man and put up a nice cross for Browne to attack for his goal. Set Connolly up with a good look at goal, early in the second half. Almost, almost had Browne through on goal, but his pass was cut out.

His ability to niggle home defenders and win free-kicks was much appreciated by his teammates. Should have won his side a second half penalty but the referee ignored the obvious. 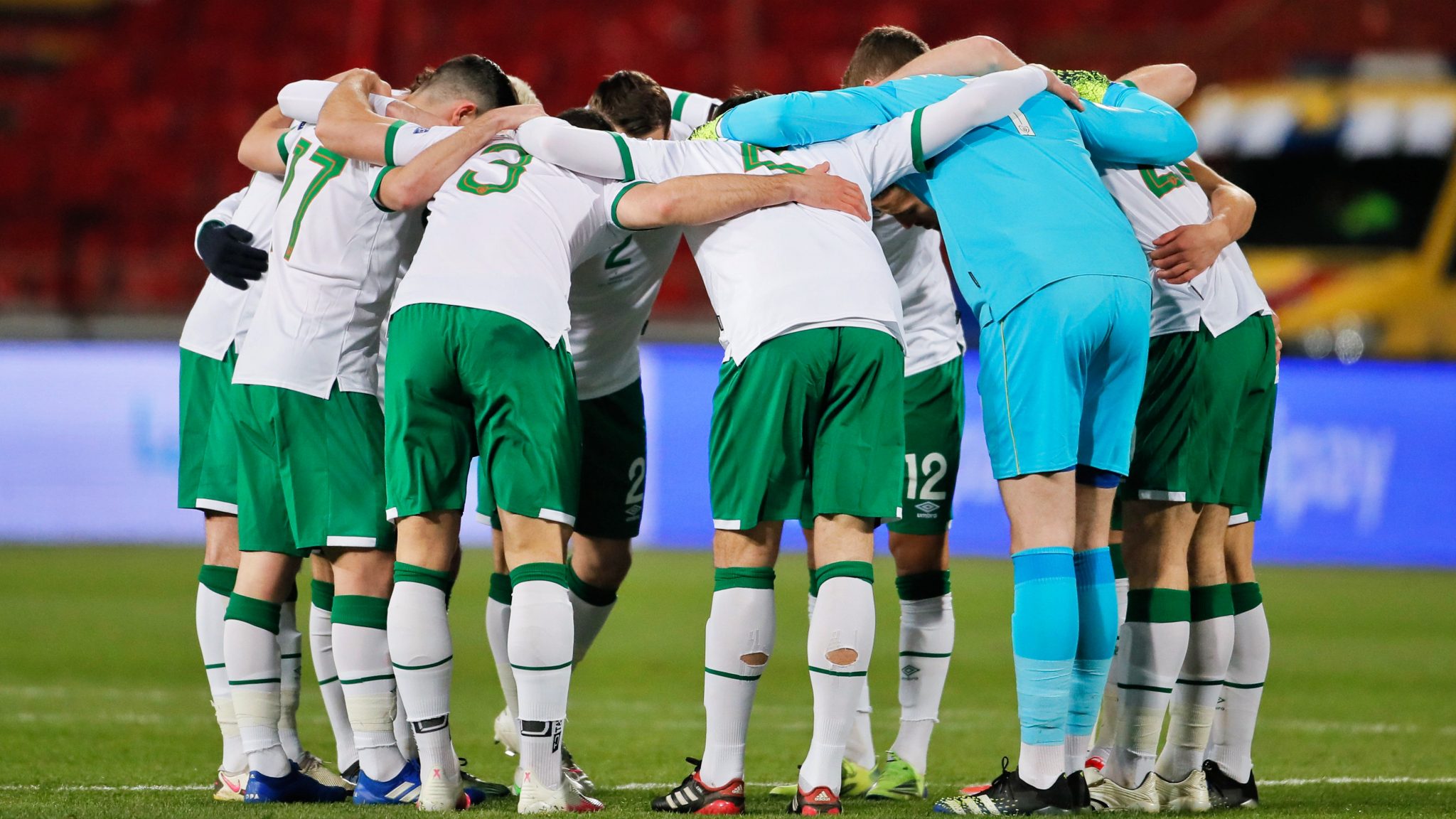 Replaced Molumby with 30 minutes to go.

Added a bit of drive up the left.

A bit more of a physical presence than Connolly and bagged a late goal.

A positive impact when he came on.