The Ireland XI that can restore some pride against Serbia

"You might beat teams that you should beat but you’ll never beat the teams you strive to beat."

Stephen Kenny's back is against the wall. He is determined to stick to his guns, and overall vision, against the Serbians.

Ireland may have one win from 15 games, under Kenny, and one point after the first four games of their World Cup Qualifiers, but Kenny is convinced his project needs sticking with.

END_OF_DOCUMENT_TOKEN_TO_BE_REPLACED

The Tallaght native has been telling the media, today, that he is building an Ireland squad that can make a surge at the Euro 2024 qualifying campaign. He feels the building blocks are being put in place, and that we should not get caught up on current struggles.

Kenny's Ireland have looked tidy and organised - and certainly unlucky - against stronger sides. When faced with opposition they are expected to beat, or at least push close, they struggle. Since Robbie Keane retired, five years ago, Ireland have only scored 44 goals in 51 games. James McClean (6) and Shane Duffy (5) have scored the most Ireland goals since our greatest ever striker hung up his boots.

In selecting an Ireland team to take on a decent Serbia side [top of the group on goal difference], we are making FIVE changes from the side that drew 1-1 with Azerbaijan at the weekend. 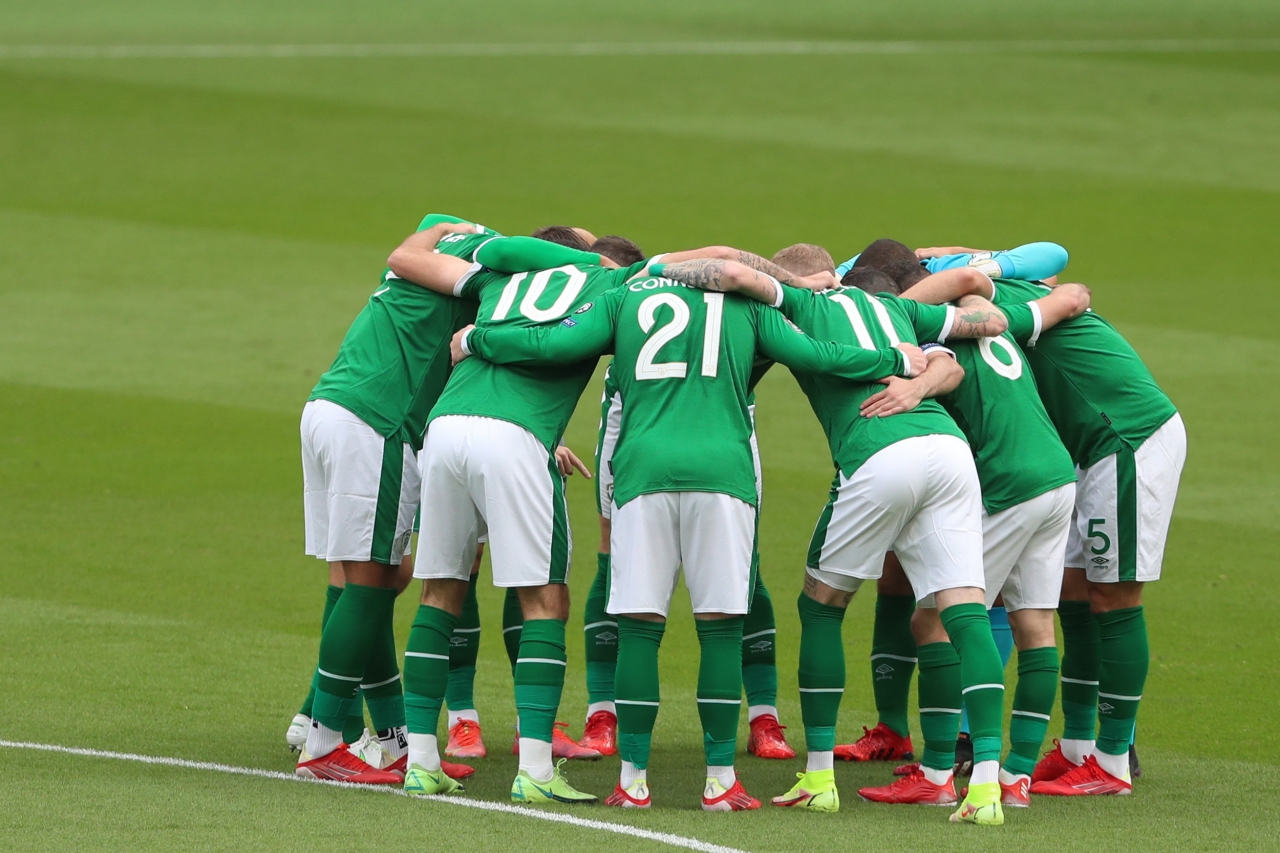 Republic of Ireland players huddle before the 1-1 draw with Azerbaijan at the Aviva Stadium. (Photo by Michael P Ryan/Sportsfile)

END_OF_DOCUMENT_TOKEN_TO_BE_REPLACED

Ryan Manning [left wing-back] and Andrew Omobamidele come into a back five that can transition into 3-5-2 when Ireland are on the up. Jeff Hendrick and Jamie McGrath, who both did well against Portugal, are back into the Irish midfield.

Up front, we are going with Adam Idah to lead the line again. He has been our best attacking player over the last two games and, one feels, he just needs to break that international goalscoring duck. More will follow.

We are putting Callum Robinson up in support of Idah as that could be a partnership that is worth giving a good look at. Robinson can also slot in on the right wing if Kenny needs to revert to a 5-4-1 at any stage. 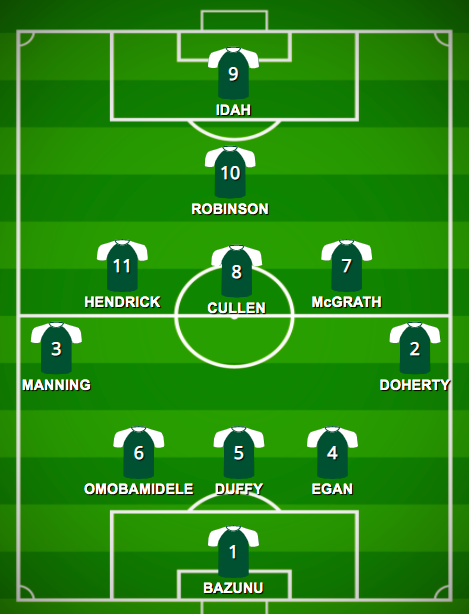 Unluckiest player to miss out is Daryl Horgan, who added some energy off the bench against Azerbaijan. That XI selection leaves the likes of Jayson Molumby, Cyrus Christie, Troy Parrott, Conor Hourihane, Alan Browne, Harry Arter, Ronan Curtis and Aaron Connolly in support.

Ireland take on Serbia from 7:45pm at the Aviva Stadium, on Tuesday.