Another disappointing night on a grim, forgettable road to a World Cup we will never reach. Our Ireland player ratings have only a few stand-outs.

Ireland started brightly but missed chances through Troy Parrott and Aaron Connolly. Their best chance of the half fell to Seamus Coleman, but he curled over the bar.

Azerbaijan grew in confidence as the game went on, and they were rewarded for their attacking intentions when, on 46 minutes, Emin Makhmudov curled home a beauty from 25 yards out. 1-0 and Ireland were in a hole again. 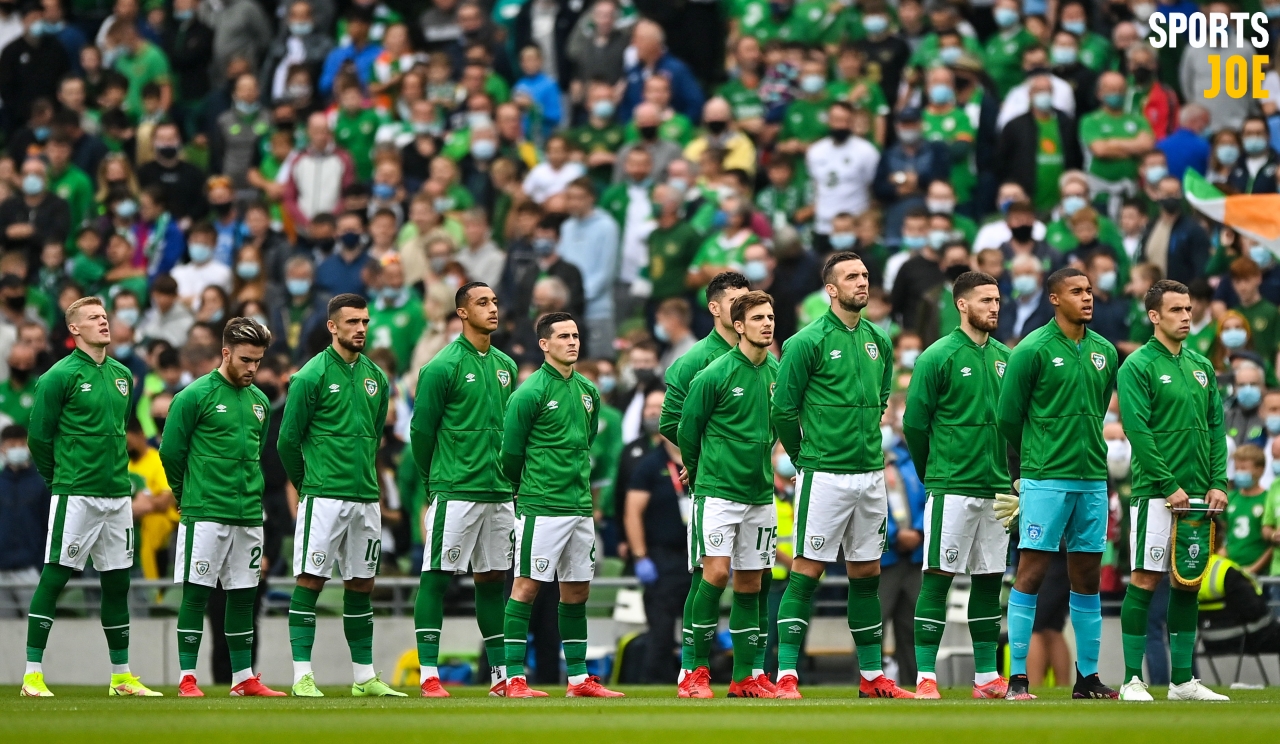 END_OF_DOCUMENT_TOKEN_TO_BE_REPLACED

The second half was all Ireland, as Daryl Horgan made an attacking difference and Azerbaijan camped out in their half. Adam Idah and Shane Duffy had the best two chances, but neither could get their headers on target.

Just as Irish fans were preparing for another gut-wrenching defeat, Josh Cullen picked out Shane Duffy with a great ball and the Brighton defender headed home.

Here's how we rated Stephen Kenny's boys in green.

END_OF_DOCUMENT_TOKEN_TO_BE_REPLACED

Got down low to make a decent save, on 22 minutes. Alert to tidy up when Egan scuffed a clearance. Azerbaijan goal was a fizzer, so hard to blame him on that. Had so little to do in the second half but still made a fine save with his legs, late on. Spilled a cross, on 89 minutes.

END_OF_DOCUMENT_TOKEN_TO_BE_REPLACED

Chipped the ball out of play when presented with the ball after a defensive error. Didn't bother jumping for a header when the goalkeeper flapped at a cross. Looked so good against Portugal but was average tonight.

Almost scored a great individual goal, early on, but curled over. Gave Makhmudov all day to tee up his strike for the opener. Steamed forward all night but lacked that composure around the Azerbaijan box.

Was called on to make some clearing headers from Azerbaijan corners. Turned into a makeshift forward after the break. Headed over, from a good position, on 68 minutes. Took his headed goal superbly well.

Played a couple of decent balls over the top. Deployed up top for set-pieces for much of the second half.

Teed up Parrott with a lovely ball. Tidy, but lacks that real drive in his role. Always likely to pass the ball on, rather than take on his man and draw defenders out. Set-pieces were a step up on some of McClean's. Produced a pearler of a ball for the Duffy equaliser.

Went close with a low, curling effort in the first half. Ignored a Parrott overlap and gave the ball away to scupper one attack. Sprayed another pass out of play, under no pressure. Headed over, unmarked, from seven yards out. Game deteriorated in the second half and he was subbed off.

Knocked the ball out when Parrott's backheel took out two defenders. Whistled for a foul throw, on 40 minutes. Gifted Azerbaijan a cross into the box with a sloppy backheel. Played the full 90 minutes but very little he tried came off.

Great strength and determination on early run to set up a Connolly chance. Headed wide after getting too much on a Connolly cross. Should have scored, on 60 minutes, when teed up by Horgan.

Lacking confidence having not played much for his club. Took an extra touch, on a couple of occasions, and had shots blocked. Put in one great cross for Idah. Did test the goalkeeper - but not seriously - with a low shot. Replaced at half-time.

Headed over when presented with early chance. A willing runner, down the right and left flanks, but was marshalled well. Forced a good save out of the goalkeeper before he went off.

Immediately injected some life into his side and teed up Molumby for what should have been the equaliser. Put one on a plate for Idah. Faded, though, as the half went on and was guilty of sloppy passes.

Smacked one well over, just after coming on. Another one that sprayed passes out of play, under no pressure.

Put in a couple of decent crosses. Missed a great chance, on 84 minutes, when he dragged a shot wide. Almost won it at the death.

Gave away a clear free in injury time.