Fantasy Football can lead to a decline in mental health, study claims

1,995 individuals took part in the study

A new academic study has claimed that playing fantasy football can lead to a decline in mental health.

The study - which is claimed to be the first of its kind - also suggests that players' mental health worsens significantly the more time they spend playing it. 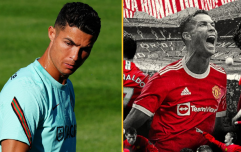 END_OF_DOCUMENT_TOKEN_TO_BE_REPLACED

Research conducted by Nottingham Trent University, and published in the journal Human Behavior and Emerging Technologies, examined the mental health and wellbeing of fantasy players.

With more than seven million active players on the Premier League’s fantasy game, it is an incredibly popular game.

As per the Guardian, a survey was taken by 1,995 individuals that recorded their engagement with the game - which included their time spent playing, researching and thinking about fantasy football - as well as the effect it had on their habits, mood and social adjustments.

From the individuals who took part, 24.6 per cent said playing fantasy football led to them experiencing at least a mild low mood, with the number nearly doubling for 'heavy users'.

It was found that 44 per cent of players who spent more than 45 minutes playing reported a mild low mood or greater, over an hour researching and more than two hours thinking about fantasy football a day.

Of those surveyed, 20.8 per cent spent more than 45 minutes a day playing, with 34 per cent of heavy users stating the game caused them at least mild anxiety (compared with 20 per cent of all players).

Additionally, 37 per cent revealed that it disrupted their lives - causing what the researchers called "functional impairment" - which was more than double the 14 per cent of all players who noticed such an effect. 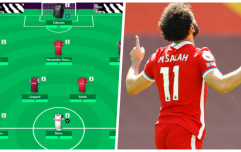 END_OF_DOCUMENT_TOKEN_TO_BE_REPLACED

Due to the popularity of fantasy football, it is unsurprising that the survey's respondents came from 96 countries, with the average age of those who contributed to the study being 33 and almost 96% of respondents being male.

Dr Luke Wilkins - the lead researcher in the study and an expert in sport and exercise psychology in Nottingham Trent University’s School of Science and Technology - said that fantasy football is 'unwinnable' for the majority of people.

"Fantasy football is unwinnable for the vast majority that play and it is possible that the more a person is invested the more negatively impacted they will be when they 'lose'," said Dr Wilkins.

"Our study highlights the general positives that the game can bring, but also warns of the potential negatives, and provides justification for the idea that more should be done to monitor the amount of time being dedicated to playing fantasy football."

Alongside playing fantasy football, users are able to seek advice on how to play through websites, podcasts and numerous social media accounts.