From the east coast of America to the Hills of Donegal.

Jim McGuinness is home now, home for the foreseeable and for the first time in a long time, Donegal's most celebrated son is not sure what comes next. For Sky Sports, he'll analyse the 2020 championship but in the grand scheme, he's on the look-out.

The American dream for its part, taught him plenty.

Over in Charlotte, North Carolina, McGuinness took his first jump into the world of professional football management and while results didn't go his way - he was sacked in June last year having led the Charlotte Independence club to one win in 14 games - the journey wasn't over just then.

In the end, it took the escalating Covid-19 situation to bring McGuinness and the family back home, where they've settled in like they'd never left.

"At the moment I'm working with a very high profile team at U-11 level," the Sky Sports pundit says, "with my son!"

"That's what I'm at at the moment apart from being spotted down in Galway!" 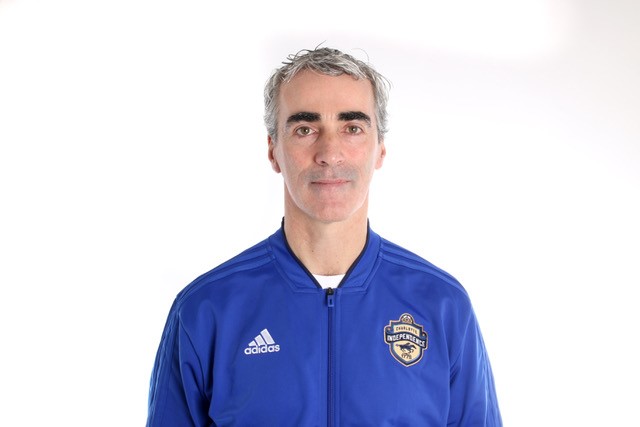 There was life after Charlotte, he reckoned, which is why the family remained in the land of opportunity until recently, but with schools closing and the situation worsening, it was back to the hills. 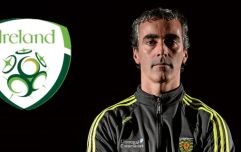 Jim McGuinness in the mix for next Republic of Ireland manager, according to bookies

END_OF_DOCUMENT_TOKEN_TO_BE_REPLACED

"So we were kind of in a situation where it would have been another year of school where the kids wouldn't have been getting that formal education if you like and we have a large family as well so it's a lot of work in terms of individually going through them all each day and stuff. You're not a teacher at the end of the day. Then we were looking at home and it was in single digits at home when we were looking at it, and on the rise out there, and we thought, 'You know what, maybe we're better going home.'"

So what's next for the always-busy McGuinness, a man who helped Naomh Mairtín to their first ever Louth SFC title in recent weeks.

"I'm open to anything that makes sense for me professionally and in terms of my own development," he says. I have had a very good journey up to this point and have been learning a huge amount along the way. 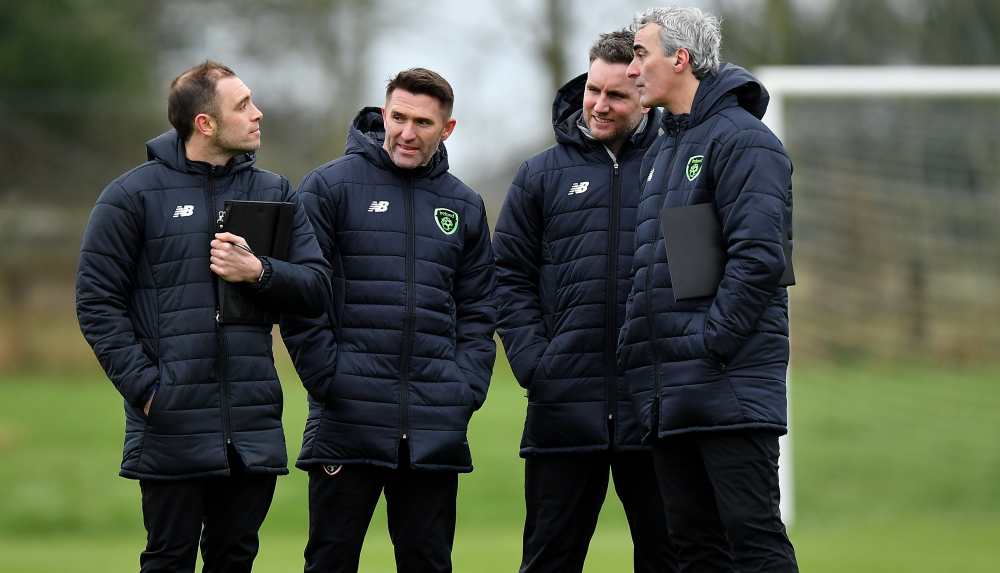 "My focus is definitely on soccer. When you are back in Ireland and you are asked to go in and all (with GAA teams), it whets the appetite for you; there’s no doubt about that. But my focus is on soccer and the journey that I’ve been on development-wise and trying to fulfill that, that’s where my focus is, yeah..."

He doesn't rule out a move to a League of Ireland club but for now it's back to the Gaelic football analysis. His take on it is that Dublin have the advantage once again heading into this championship because just like when teams tried to copy his system with Donegal, replicating won't beat pioneering. In that sense, he feels teams are trying and failing, to beat Dublin at their own game

"Everyone’s playing the same way but they’re playing the Dublin way. So you can look at how things are being done in another county but the way it is actually done in another county is a different thing. That was the fallout from us winning the All-Ireland, in my opinion. We won the All-Ireland with a defensive set-up and a serious transitional game.

"When teams tried to replicate that they weren't privy to the mechanism that made that system work and for me a lot of the systems were lacking the intensity that we had and the capacity to push up and get pressure and break and how you broke and where you wanted to move the ball to when you were breaking and support men inside and runners off that and all of those things so it was a diluted version of what we were, if that makes sense, and so you've a situation now where Dublin, they were this kicking team, they morphed from a kicking team to 14-plus-one at the back with Cian O'Sullivan and everybody dropping to the top of the D as well but, at the end of the day, it's their system and I think that's what'll give them an advantage in that regard, you know." 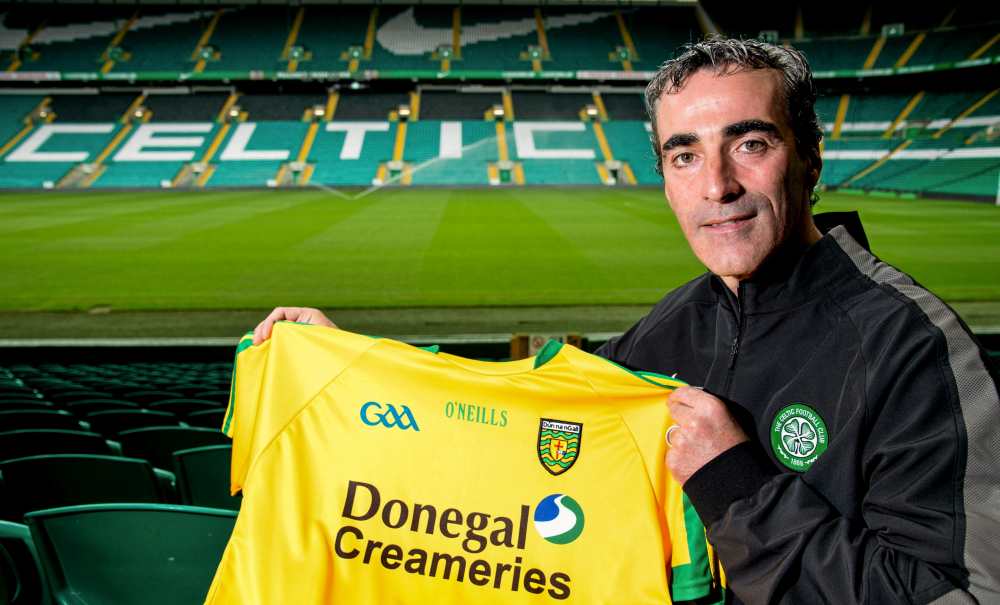 One thing he feels could lend some spice to this championship is the straight knock-out factor, which might bring that bit of 'rawness' back to the games.

"My big thing for this Championship is, will it go back to what it was like when we were playing, when I was playing myself. There was a rawness, you know…

There was a rawness. There was always an awful lot of red cards and sending offs and everything when we were playing. A lot of that was due to the fact that you were building towards this one game and there was no tomorrow and that buildup would have been six, nine months in the making and people then just overheated sometimes. There was so much going into it that sometimes people didn't just control themselves. I think the qualifiers have sort of taken away that edge to an extent. I know it always sort of resurfaces around quarter-final, semi-final, final stages but now it's going to be there from the very first game on the very first day and I'm just really intrigued to see how explosive these games could potentially be.

There's a part of me thinks they could be (explosive) and there's another part of me that thinks the way that teams are setting up at the minute and this serious focus on possession football, it's hard to see how that can happen because the sparks fly when the ball is 50-50, but the ball is never 50-50 now, the ball is 90-10 or 80-20 all the time because the team in possession are just really good on the ball and the other team is what I would call shadow tackling, they're three or four metres off them. So it's not really about that initial furious pressure to turn the ball over. It's about can you get enough pressure on the guy kicking the ball or fisting the ball so that the next guy can get the pressure on, and that's a different model." 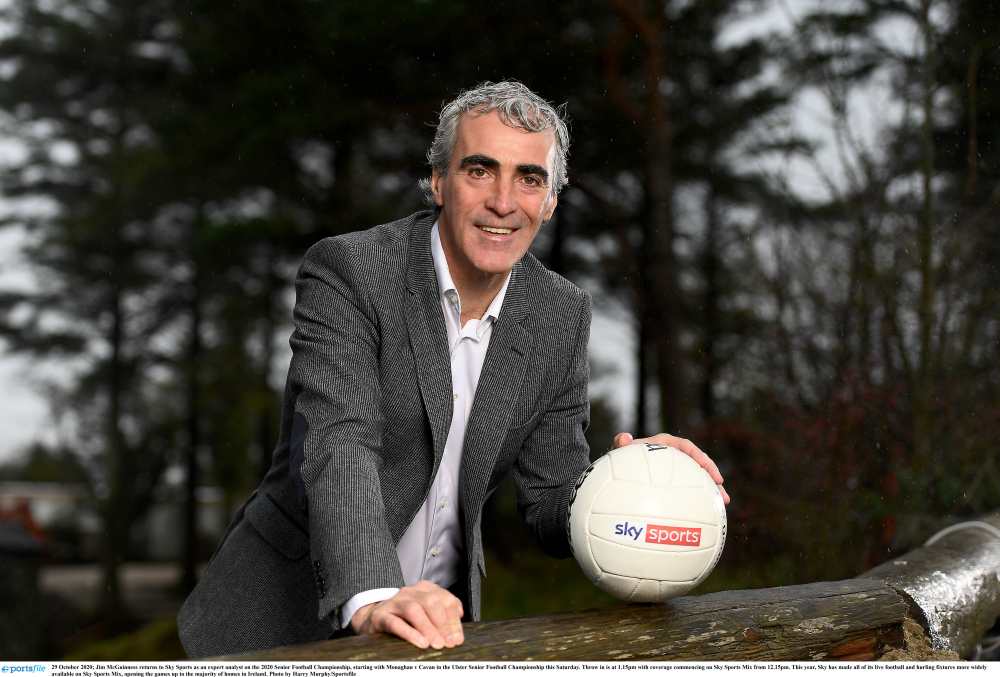 Jim McGuinness returns to Sky Sports as an expert analyst on the 2020 Senior Football Championship, starting with Monaghan v Cavan in the Ulster Senior Football Championship this Saturday. Throw in is at 1.15pm with coverage commencing on Sky Sports Mix from 12.15pm. This year, Sky has made all of its live football and hurling fixtures more widely available on Sky Sports Mix, opening the games up to the majority of homes in Ireland. Photo by Harry Murphy/Sportsfile

popular
QUIZ: Identify the missing sponsors from these football jerseys
The SportsJOE 12 o'clock quiz | Day 307
"People that get All-Stars aren't just a cog in the wheel. These are the special, outstanding players"
Japanese rugby players living off the classic Irish school lunch for pre-match-meal
QUIZ: Name all 50 of these 2000s Champions League players – #4
Cristiano Ronaldo sets rough retirement date
"I was like, ‘My ear is hanging off my head. Can you not see that?!'"
You may also like
1 month ago
Kevin Cassidy should be cherished and here's why
3 months ago
"I didn’t know where I was really meant to be. I was running around like a blue-arsed fly!"
3 months ago
Patton's cannonball helps Donegal edge the battle of Ballybofey
4 months ago
QUIZ: Which is the correct GAA crest?
7 months ago
"If you're a footballer, a proud footballer, you'll love training and you'll love competing"
8 months ago
"It was just frustrating seeing parks and public places open in bigger cities"
Next Page