He doesn't feel the result was fair.

Croatia will feel hard done by after a World Cup final that got away from them on Sunday. Contentius decisions and extremely fine margins were the difference between them and France, who were slightly flattered by a 4-2 scoreline.

The stats indicate that Croatia dominated the match too - they had double the amount of posession France did, and twice as many shots, but only managed to score half as many goals.

France were clinical on the break, but their fortune with the first two goals should not be ignored. Croatia defender Dejan Lovren has spoken since the match and feels the result was not a fair reflection on the game. 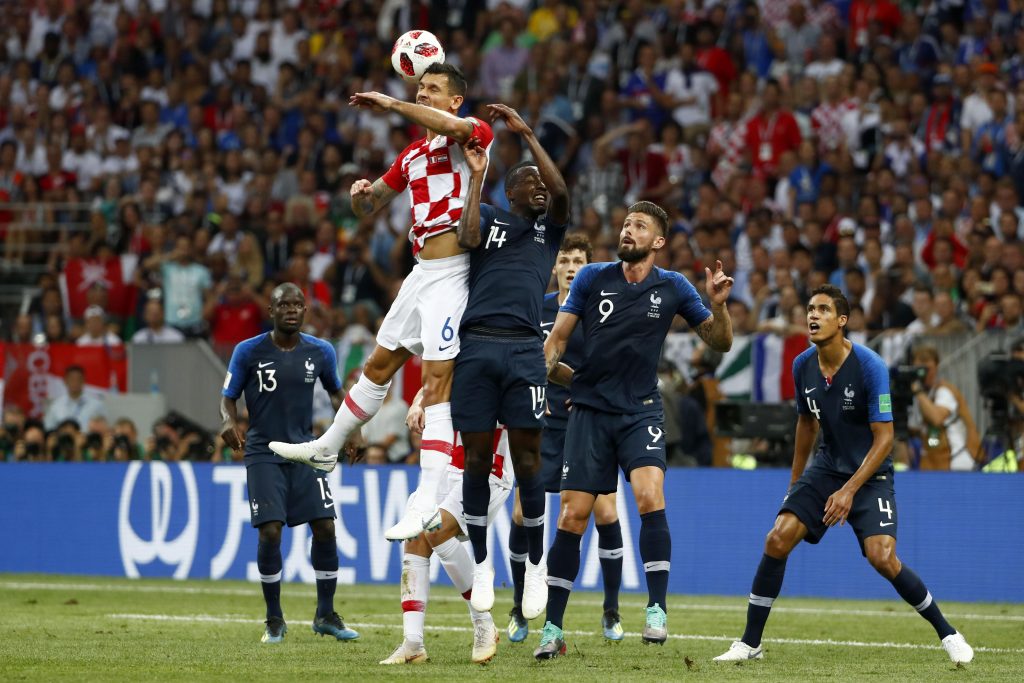 END_OF_DOCUMENT_TOKEN_TO_BE_REPLACED

"I’m disappointed because we lost the game, we played much, much better football than them," Lovren told reporters after the game.

"But on the other hand I’m proud of this team and what we have achieved."

Contunuing his reflection on the match, he criticised France's approach to the game.

"We played beautiful football again. France were one of the favourites to win the World Cup and they did it. I think we were better. They did it another way. They didn’t play football, they waited for their chances and they scored."

"They had their own tactic and you need to respect that. They played the tournament like that, every game, but when you look at all the countries behind us, we’re second. ‘There’s nothing to talk about now. It’s difficult to describe. Maybe after a week or two, a couple of months… right now, it’s difficult. Some moments I feel sad, some moments I’m happy. Overall, I’m proud."


popular
Paul O'Donovan busts the cliches and leaves the mystery behind him in one more emphatic interview
Ireland's rowing heroes on what everyone was shouting as they beat Team GB to bronze
Next time someone doesn't cut you slack for commuting to training, show them Joe Canning's words
BREAKING: Grainne Murphy issues heartfelt statement as she retires from international swimming
Warren Gatland with great response after being asked if he'll set up Twitter account
Aidan O'Shea on gym work, training over lockdown and the importance of younger players bulking up
Rory McIlroy's true allegiance summed up in one text message to Justin Rose
You may also like
2 years ago
Gareth Southgate offers classy response when asked about Declan Rice
2 years ago
Toni Kroos responds strongly to Mesut Ozil claims of racism in German camp
2 years ago
Benjamin Mendy responds to Pep Guardiola's comments on his social media use
2 years ago
Everton on brink of signing Yerry Mina from Barcelona
3 years ago
Jose Mourinho explains why Paul Pogba plays better for France than he does for Man United
3 years ago
Thierry Henry 'verbally agrees' to become new Aston Villa manager
Next Page