Talksport ventured into a Jack Grealish, Declan Rice discussion on Wednesday and Martin O'Neill was put to the pin of his collar.

Talksport is a sports radio station in the UK that regularly airs and discusses the views of fans with their pundits and guests and on this occasion, a texter called Dermot sent in a question for O'Neill, a guest on the show, about Declan Rice and Jack Grealish.

Here was the text, and the discussion that followed.

Dermot: Does he accept any criticism as Ireland manager, regarding the fact that we lost out on Grealish and Rice to England, because he didn't give them either a full international cap, or even brought them on for a few minutes to keep them out of England's clutches?

Martin O'Neill: If you give me two minutes, I'll tell you exactly. Number one, you can't coerce players into becoming international players. He's actually not right about this, I played Declan Rice in three friendly games at senior level, he was only a young kid, he was terrific in the games. 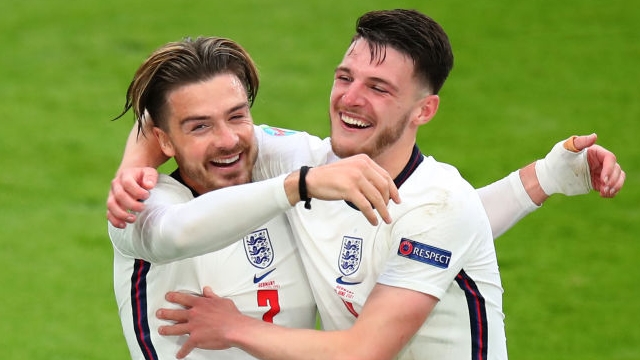 He’s born in England, it really is as simple as this here. You can't coerce people. You can't just bring them into an international game, a competitive game where the minute they play a competitive match for the country, that that’s them announcing they’re going to be playing for them. That was never going to be the case.

That was never going to be the case, you can’t deceive people into playing these games. You cannot force them into that.

And he did play underage for the Republic of Ireland, which he loved doing, but eventually when you have to make a decision, that decision was made by Jack Grealish and his father. His father's also English too, you might go back to heritage as well, but that’s what they wanted to do, and I’m not going to disavow them of that.

O'Neill seemed to have the discussion wrapped up. But that was when Simon Jordan, a business-man and former owner of Crystal Palace took him up on the language he'd used. 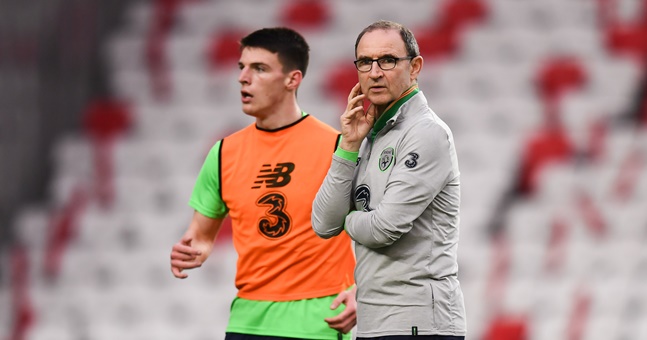 Martin O'Neill: Ok, well I don't think it would be a very difficult answer (for them.) They would do much better commercially for a start (playing for England). Number one. Number two, I was in Jack Grealish and his dad's company trying to convince them. And the same with Declan Rice and his parents - lovely people - but he had his mind made up.

Simon Jordan: But I find it strange as an Englishman, all this heritage, all these values set, all this end-game destination, yet they were still prepared, specifically Declan, to play in friendly destinations for another country. I find that strange. Because they were playing the angles, and seeing which was best.

Martin O'Neill: You may well do. But I remember this talking to Declan...we'll use the word convincing rather than coerce. I had the inability to convince Declan Rice to play for the Republic of Ireland. Has he regretted that decision?

Simon Jordan: No he won't have. But Republic of Ireland fans will have regretted not having the opportunity to have him play for them?

Martin O'Neill: Of course, he did play three international games for us. You can't do much more...

Simon Jordan: Would you have been able to get him to play in a full international game for Ireland, that would have excluded him from England? Is it a moral dilemma for you?

Watch the full discussion below.

🏴󠁧󠁢󠁥󠁮󠁧󠁿 “Rice wanted to play for England… Grealish was the same!”

🙏 “It’s what they wanted! I’m not going to disavow them of that!”

Martin O’Neill passionately defends his part in Rice & Grealish switching from the Republic of Ireland to England. pic.twitter.com/m1HLzC2G50