The Ireland forward says he has taken a personal choice, but has not considered the wider team or picture.

Callum Robinson is one of Ireland's top players. Top eight, top six, top four. That depends on how you view it, but he is one of the best we have.

One only needed to see how he operated against Azerbaijan to know that. He may have only scored one international goal before Saturday, but he has often been one of Ireland's bright spots on dark days and in dank performances [under this management team and the last].

END_OF_DOCUMENT_TOKEN_TO_BE_REPLACED

He scored two goals that propelled Ireland to victory in Baku and made us all feel a little better about ourselves. It was what made it even more frustrating that he has missed a clutch of big games after twice testing positive for Covid-19.

Robinson was in good health and passing all his tests ahead of the latest international window and explained to the press, last week, why he is refusing to take the Covid vaccine. It was a personal choice, he said, and he hoped people would respect his choice.

The major issue here, as Covid has proved over the past 21 months, is that it highly contagious, and much more so than the less impactful flu virus. Robinson may say he is willing to take the risk of getting Covid again, but he is clearly not thinking beyond himself.

If he carries the virus, as he has done twice already, it increases the risk of passing it on to others. So many sportspeople stress team-first in interviews but not getting vaccinated, and putting others in the team as well as backroom staff and - by extension - their family members at risk, is anything but team-first.

Ireland's Euro 2020 and World Cup qualifying hopes were both badly damaged by players being ruled out by positive Covid tests and being identified as close contacts. Covid has clearly impacted on this team, but Robinson is happy to roll the dice.

Only seven Premier League teams have over 50% of their players fully vaccinated, so Robinson is not exactly in a considerable minority. If Stephen Kenny and the FAI are happy to have him involved, even with his assertions, then it is on them. It may not be a great look but it is one they are comfortable with.

The line [and headlines] that rankle, though, after the Azerbaijan win are that Robinson's goals have somehow silenced the critics.

END_OF_DOCUMENT_TOKEN_TO_BE_REPLACED

This claim misses the point and is dumb. How does a player scoring a goal silence those that feel Robinson is putting others at risk by not getting vaccinated? Does a second goal somehow make the science around Covid, and how it is transmitted, invalid?

It is like claiming that Albert Einstein's theory of relativity made him a good skier. They are not related. 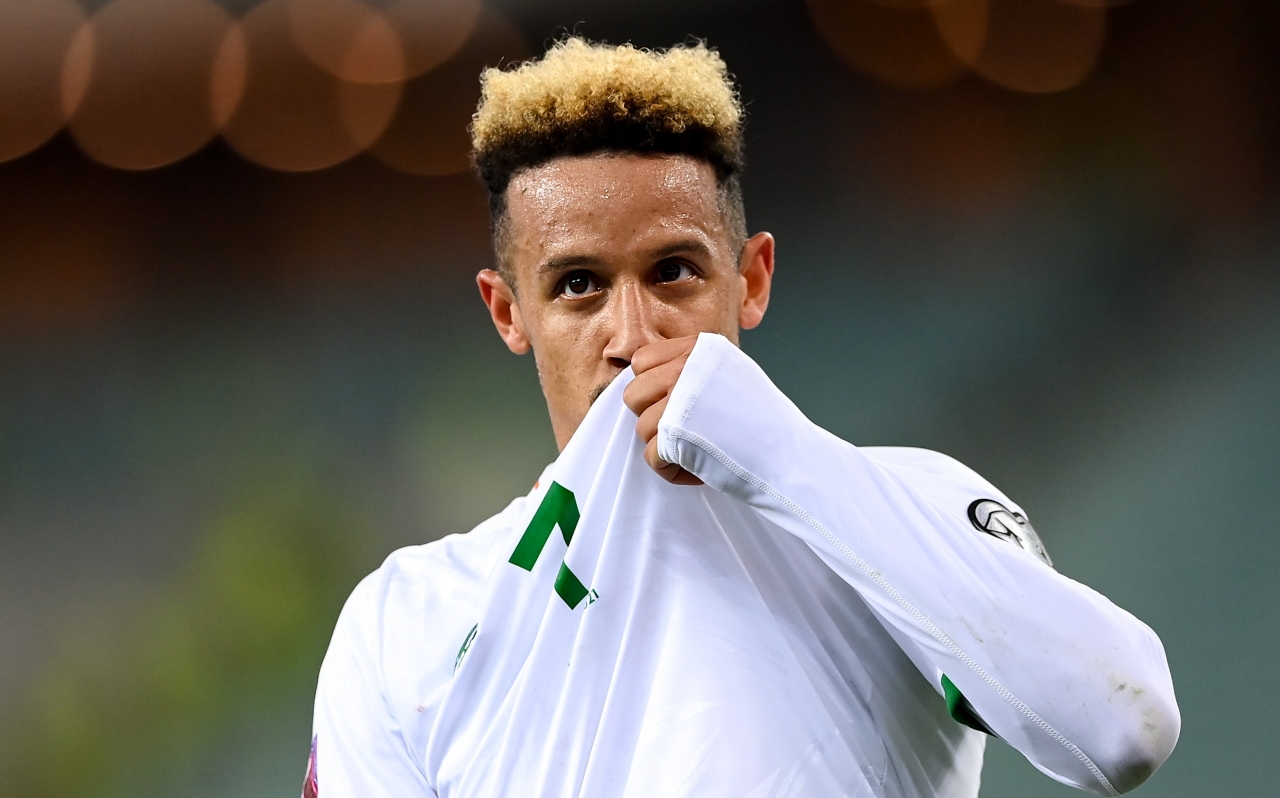 Callum Robinson celebrates after scoring his second goal against Azerbaijan at the Olympic Stadium in Baku. (Photo by Stephen McCarthy/Sportsfile)
Advertisement

And if you think that Robinson's brace will silence the critics, you don't get the game.

END_OF_DOCUMENT_TOKEN_TO_BE_REPLACED

Joe Duffy, who made a crass Covid remark about Robinson last week, is not going to be silenced any time soon. The other critics, who are basing their criticism on science and looking out for others, are not going away either.

We live in a world of instant adulation and instant criticism. It is there in front of your eyes and only a swipe or two away. That Robinson's goals made his decision correct was one of the misfiring theories doing the rounds on Saturday night.

The West Brom attacker was on the receiving end for a few days, last week. He was the hero on Saturday but life goes on and he is sticking to his guns on not getting vaccinated.

In my view, if there is not a pre-existing medical reason not to get vaccinated, he has made the wrong call.

By making the call, he has opened himself up to criticism. A couple of goals won't make the wider world go away.


popular
Paul Scholes calls a spade a spade after comeback win
It's often forgotten that Tommy Walsh began his career with the same stardom and promise as David Clifford
Derry club win county final factfile games with extravagant set of jobs
Shane Walsh: 'That's not how I was coached to play football. No one was coached to play football that way'
Jordan Larmour primed for a season to remind everyone how good he is
Paul Scholes says Paul Pogba is a "daydreamer" and Fred and McTominay are "limited footballers"
Galway fans' frosty reception for Davy Fitz doesn't make any sense
You may also like
1 week ago
Chiedozie Ogbene gives a brilliant interview after leaving Nemo Rangers behind to chase soccer dream
1 week ago
Callum Robinson performance shows Ireland what could have been
1 week ago
Adam Idah ready to play, but Ireland hit with late blow ahead of Azerbaijan clash
2 weeks ago
The Ireland XI that should get a much-needed victory in Azerbaijan
4 days ago
Outrageous scenes as Glentoran 'keeper attacks his own team-mate in moment of madness
5 days ago
Ole Gunnar Solskjaer to remain Man United manager despite run of poor results
Next Page