Player ratings as Callum Robinson's double wins it for Ireland

Both goals were scored by Callum Robinson who has been under a lot of media scrutiny after revealing that he ha not received the COVID vaccinations, and has caught COVID twice.

END_OF_DOCUMENT_TOKEN_TO_BE_REPLACED

The first was taking instinctively as he was falling forward but managed to find the back of the net, while his second was another tidy finish shortly after.

Azerbaijan didn't pose much of a threat in the first half but started to threaten the goal much more in the second half, although they relied mostly on long-range efforts from outside the box, it took a couple of good saves from Gavin Bazunu to keep the clean sheet.

James McLean rolled back the years, playing in a. more advanced position, taking players on and getting the first asset of the evening. 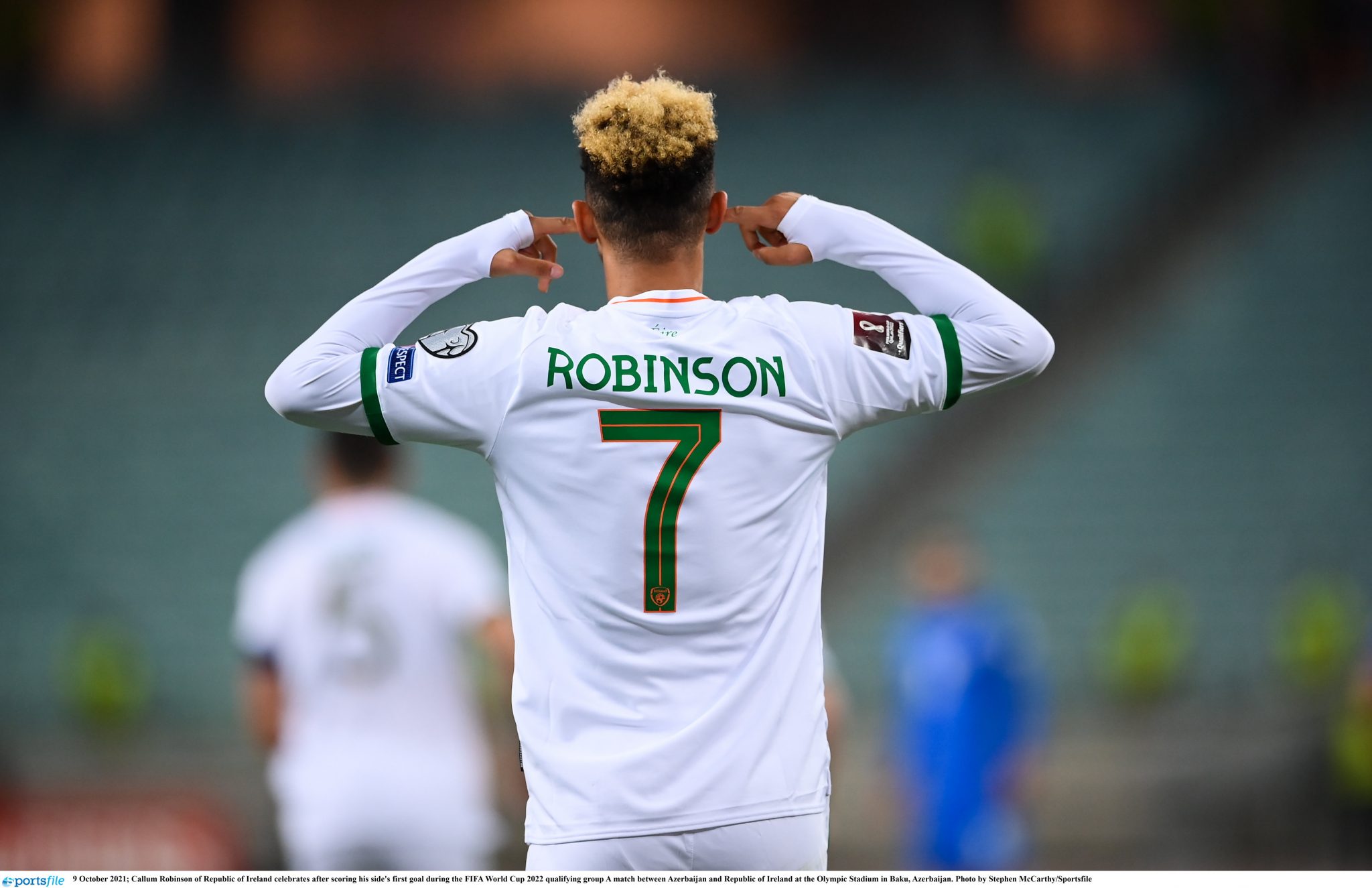 Just as injury time beckoned substitute Chiedozie Ogbene scored Ireland's third, his first international goal and creating a little bit of history as he becomes the first ever African-born player to score for Ireland.

- Bazunu - 8  Didn't have much to do in the first half but needed to keep his concentration in the second as Azerbaijan began to attempt some long-range efforts, with one shot needing to be tipped off the crossbar by the goalkeeper.

END_OF_DOCUMENT_TOKEN_TO_BE_REPLACED

- Omobamidele - 7  Solid performance, playing in the right back position and was effective offensively as he was defensively

- Duffy - 8  Commanded the back-line brilliantly and even when 3-0 up he was absolutely determined to keep Ireland's clean sheet, putting his body on the line to keep it that way.

-  Egan - 7 Another excellent performance, was in the thick of everything and clearly a very vocal present in the Irish defence.

- Doherty - 7 A very good game, but looked to have given away a penalty when he handballed inside the box, but after going to VAR, it was deemed that Doherty's jersey was being pulled.

- Hendrick - 8 first to every ball and very energetic around the middle of the field.

END_OF_DOCUMENT_TOKEN_TO_BE_REPLACED

- Cullen - 7 Excellent game, hardly put a pass wrong and was unlucky not to get on the scoresheet himself.

- Horgan - 6 Can be a liability sometimes on the ball with a few passes going astray, but you can't question his heart and workrate, off the ball he was a real asset, chasing everything.

- McClean 8 This was the best we have seen McLean in a long time, he was taking on defenders and looked a bag of tricks, but he had substance behind it as well, creating chances and assisting the first Robinson goal

- Robinson - 9 After a tough week away from football, the striker was in firing form. He was a constant threat throughout the game and was probably unlucky not to get the hat-trick in the end.

- Idah - 5 Clearly feeling the affects from his illness, he wasn't his usually energetic self as he struggled to get into the game.