"You don’t get rid of your best players, but you can smooth out the self-destructive urges."

Roy Keane played three seasons for Brian Clough at the end of his storied managerial career.

In his first season with Nottingham Forest - after joining from Cobh Ramblers for £47,000 - Keane recalled how he was quite literally floored after an FA Cup clash with Crystal Palace, in January 1991.

"When I walked into the dressing room after the game, Clough punched me straight in the face," Keane recounted in his first autobiography.

"'Don't pass the ball back to the goalkeeper,' he screamed as I lay on the floor, him standing over me. I was hurt and shocked, too shocked to do anything but nod my head in agreement. My honeymoon with Clough and professional football was over."

Forest went on to reach the FA Cup final that season, losing to Spurs in the final, and finished 8th in Keane's first two seasons in English football. The two-time European Cup champions were relegated, however, in what turned out to be the final season of Keane and Clough at the City Ground. 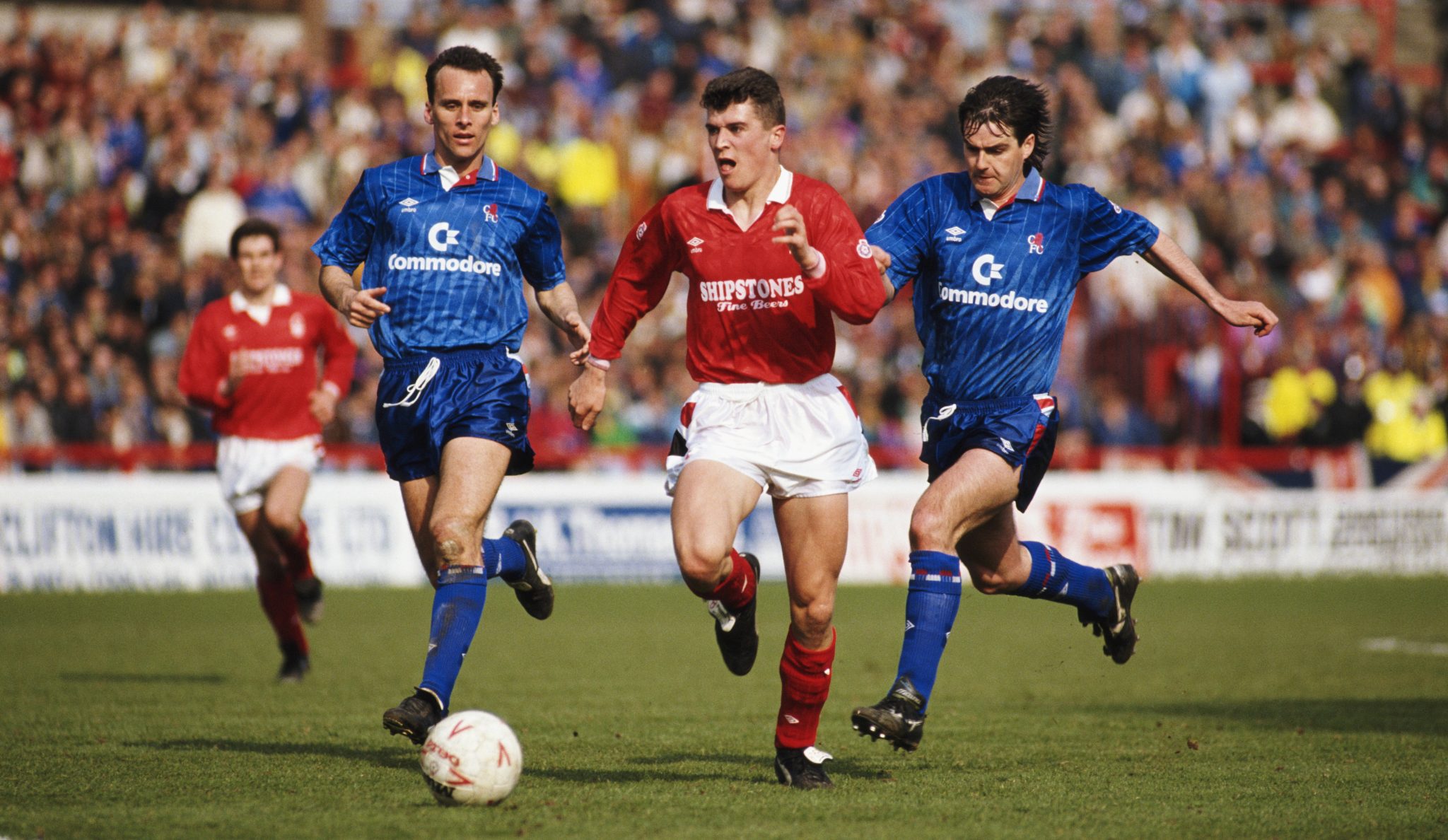 While Clough went into retirement, after over 40 years as a player and manager, Keane moved to Manchester United for £3.75m in the summer of 1993. He was on the verge of a move to Blackburn when two conversations - with Alex Ferguson and Jack Charlton - convinced him to move to Old Trafford. Charlton's son, John, once told The Sunday Times:

"Denis Irwin said to me, 'Roy’s just got off the phone to Kenny Dalglish. He’s going to Blackburn'. I went and told dad. He said, 'What do you mean he is going to Blackburn? No he’s not. Go and get him and tell him to come and see me’.

"Roy went and spoke to Jack and a few days later he signed for Manchester United." 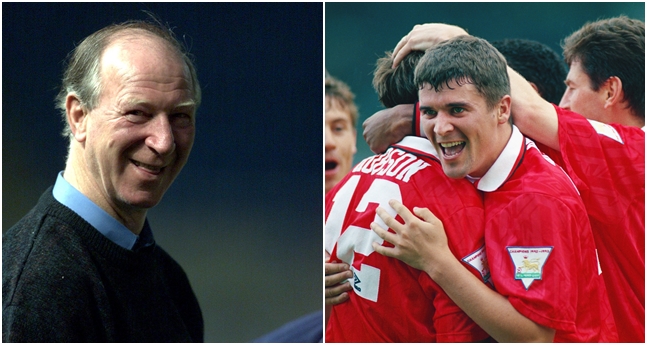 END_OF_DOCUMENT_TOKEN_TO_BE_REPLACED

While Keane went on to multiple cup-winning deeds with United, Clough largely withdrew from the public spotlight. One area that often drew him back, though, were radio phone-ins. He would often get on the phone and dial in to chat to the likes of talkSport and the BBC, on topics such as England, the plight of Forest and legendary commentator Brian Moore.

During one discussion with Pat Murphy of BBC Five Live, in 2001 [and featured by Four-Four-Two], Clough waxed lyrical about Keane, Ferguson, United and his old Forest striker 'Edward' Sheringham. Clough joked that Keane had 'the best sun-tan in the Premier League' due to suspensions for yellow and red cards.

Between February 2000 and September 2001, Keane was sent off four times and Clough opined that the 'fiercely committed' Keane brought trouble on himself. He said:

"Keane’s a Jekyll and Hyde character. When he worked for me, he never used to say a word, but forced out a half smile whenever he saw me, because he knew I had his number. I rated him very highly as a player, but wouldn’t stand any nonsense... I was the monkey on his back all the time, and that’s how Alex should be treating him now.

"It’s difficult to talk about giving a last chance to a player of Keane’s ability and influence, because he could easily blow up again a few months later, and you’ll then have given yourself no elbow room. You don’t get rid of your best players, but you can smooth out the self-destructive urges. With Keane, I’d operate by threats. I’d be on at him all the time, saying, ‘If you let me down again like that, you’ll wish you’d never seen my face’."

"But Alex Ferguson is almost as culpable as his captain," Clough added. "I’m still waiting for him to admit Keane was out of order with that awful tackle [on Alf-Inge Haaland] in the Leeds game. It was an insult to everyone when he said he hadn’t seen it but the club secretary had said Keane deserved to be sent off."

Roy Keane was never red-carded in his 154 games with Forest but was sent off 10 times in his 480 appearances for United.

Clough's words on the Ferguson-Keane relationship were prescient, especially the Cork native's 'critical comments about his teammates'. Four seasons after that interview, and two years after Clough passed away, Keane left United for Celtic under a cloud after he castigated his United teammates in an MUTV interview.

popular
Roy Keane's first impression of Cristiano Ronaldo proved to be very accurate
The SportsJOE 12 o'clock quiz | Day 290
The 14 Irish players Down Under as TG4 come up with the goods once again
Lady Gaga will perform Satanic ritual during Super Bowl halftime show, according to conspiracy theorist
Fernando Torres has got absolutely jacked since retiring from football
The controversial reason Conor McGregor's win over Nate Diaz was not unanimous
QUIZ: Can you name all of these 1990s GAA stars?
You may also like
4 days ago
Redemption for Victor Lindelof gives United supporters another reason to believe
4 days ago
Jurgen Klopp calls Man Utd style 'the worst thing you can face in the world' after draw
4 days ago
Jordan Henderson says Liverpool were frustrated by "strange" half-time whistle call
5 days ago
Liverpool fans complain at timing of half-time whistle in Man Utd draw
5 days ago
Scapegoats stand up for United as Liverpool's profligacy continues
6 days ago
Alex Ferguson's dismissive comments confirm truth about Jordan Henderson
Next Page