The games will return.

It's a terror, not being able to train collectively. As the rain dries up and the sun comes out, a quiet Friday evening grates on the mind even more, but there is no use in wanting what you can't have.

What you do have is time, time is money and these extra few hours in the day should be used wisely. If we rewind the clock to say, a month ago, you'd struggle to count on one hand the amount of times we would have said, 'if only I had the time' - you have it now. 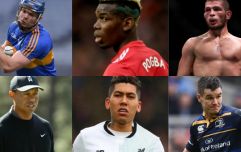 END_OF_DOCUMENT_TOKEN_TO_BE_REPLACED

All the best players are improvising and broadening their routines and minds during this temporary time-out and when the ball is thrown in again, all the good habits learned will stick.

When a 20-year-old Ciaran Kilkenny tore his cruciate ligament in March 2014, it was feared that the dreaded injury might have a hugely detrimental effect on one so young.

Less than a year later, Kilkenny was back in action and he was better than ever. He looks back on that period with hindsight now as more of a blessing than a curse, as he learned things about his body that he never knew before.

The Caslteknock club man picked up exercise routines and movements that honed in specifically on crucial muscles in the body. He became more educated on the benefits and the workings of a proper strength and conditioning routine.

"You’re in the gym for four or five months so you get to specify a lot of parts of your body so you do come back stronger," he said to the Irish Times.

"The gym work has been pivotal in helping to strengthen the quads, the hamstrings, all around there, and try to manage the body and the workload..."

Kilkenny embraced the difficult situation, and came out of it a better player. That's the challenge we all face now.

Pick up a new hobby, such as Yoga. Improve your cooking and eating habits.

Lots of people are meeting the challenge head on.

TJ Reid has launched the Toilet Roll challenge and we can tell you for a fact, it's much more difficult than it looks. Roll lift as many as you can in 30 seconds, Padraig Walsh must be able to see through that hat.

Loving the tunes from Padraig Walsh 🎶

The toilet roll challenge is taking off 🔥pic.twitter.com/WWXXqYD5zm

Patrick Horgan meanwhile has introduced the 30 for 30. 30 strikes in 30 seconds off the back wall. Followed by the 30 taps off the nose of the hurl. He makes it look a lot easier than it is.

Ciaran Kilkenny has been introducing his own games and challenges. The fist-pass challenge is a test of speed and hands while the right foot left foot demands work off both legs.

For those looking for an endurance based challenge, Meath's Team of the Millenium half back Martin O'Connell demonstrates a real tester up in the Royal County.

Are you willing to take the 100 Touch Challenge to combat the boredom and stay active? This @MeathGAA legend shows us how it's done. He still has it! Stay safe everyone! pic.twitter.com/2qbSDj5dj2

Padraig Harrington is a perfectionist who never stops trying to improve his game. He gives advice on chipping and pitching well from his decking.

An advanced level chipping drill I use to get my strike dialed in. @EuropeanTour @PGATOUR pic.twitter.com/dAj9XVXUNY

David Fogarty of House Fitness, Birr has put together a gruelling home work-out that requires nothing only a willing body and a brave mind. 32 minutes of hard work, you won't lose fitness if you're pushing your body to the limit.

John Egan is the all-rounder we all want to be.


popular
"Some of the generals wanted me executed" - Irish rugby legend on flag caper that went wrong
"Johnno went, 'We’re not moving! You're trying to mess us about!'" - Ben Kay recalls red carpet controversy
Rio Ferdinand claims that Cristiano Ronaldo should have been told to 'sit down' against Young Boys
Garry Ringrose challenges "pretty ridiculous" changing conditions for women's players
Andrew Trimble has to put his puke in his pocket as Mulcahy struggles with heavy handed leadership
It won't mean much but Pat Spillane's compliment to Mayo and to Lee Keegan says it all
Gary Neville embarrassed again following hasty Liverpool tweet

You may also like
2 weeks ago
Cork captain Linda Collins revels in super-sub role to clinch thrilling semi
3 weeks ago
The 2021 All-Ireland hurling championship quiz
3 weeks ago
Horgan misses out on The Sunday Game's Team of the Year
3 weeks ago
GAA JOE All-Star hurling team
4 weeks ago
"We haven’t seen too many players do that over the years" - Downey and O'Mahony do it for Walsh
1 month ago
"U14, didn't make the team, don't know if he made the panel. U16 same again. He just focused on the goals..."
Next Page