Ange Postecoglou opted not to comment on anti-monarchy chants by some Celtic supporters during the team's 2-0 loss to St Mirren on Sunday.

Some Celtic fans at St Mirren Park chanted, 'if you hate the Royal Family clap your hands'. They also held up a banner with the same slogan during the Scottish Premiership game. 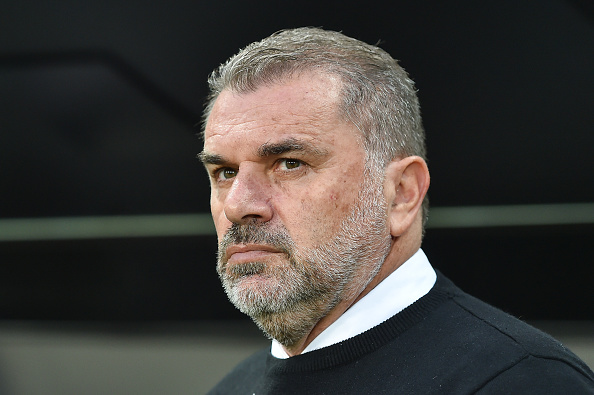 Postecoglou shoots down question about banner displayed by Celtic supporters.

Postecoglou was asked about the banner and the chants in his post-match press conference on Sunday. The Celtic manager shot down the question and insisted that the focus should centre on football.

"I addressed all that in two press conferences, I'm not going to do it in three," Postecoglou told reporters after Celtic's shock defeat.

Banner in the Celtic end against St Mirren during minute’s applause for the Queen. pic.twitter.com/ST6SUrfiDR

"I get why the interest is there, but I'm a manager at a football club, and I sit at press conferences wanting to talk about football.

"We addressed that matter, we did everything we needed to do, it's time we moved on."

Ahead of Celtic's match against St Mirren, Postecoglou said his team would respect the minute's silence and that he hoped the club's supporters would do likewise. 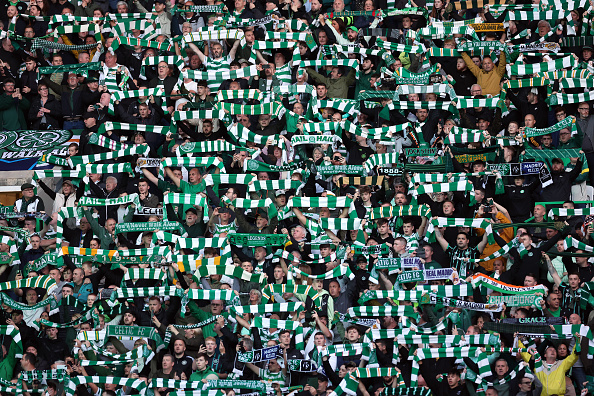 Celtic have also been charged by UEFA after some supporters held up a banner which displayed 'F*** the Crown' during the club's 1-1 draw with Shakhtar Donetsk in Poland last week.

Elsewhere, before the match against Rangers at Ibrox on Saturday, some Dundee United supporters booed during a minute's silence to remember the late Queen Elizabeth II.


popular
Shane Lowry on his Tuesday duels with Rory McIlroy at The Bear's Club
Gary Neville confirms he will work for Qatar's beIN Sports during World Cup
QUIZ: Name the 2018 World Cup Goalscorers
Ex-Anthony Joshua opponent hopes Chris Eubank Jr gets brain damage
QUIZ: Can you name the sponsors of all 32 of these old county jerseys?
Predicting the 31 biggest knock-out championship games around Ireland this weekend
Sean O'Brien to join Naas RFC so he can play All-Ireland League rugby
You may also like
2 weeks ago
'We will abide by the protocols' - Ange Postecoglou says Celtic will pay their respects to Queen Elizabeth
2 weeks ago
Sky Sports 'to turn down Celtic crowd noise' in case of offensive Queen chants
2 weeks ago
Uefa charge Celtic for banner as Rangers escape punishment
3 weeks ago
Celtic supporters unfurl provocative banners before Champions League tie
1 month ago
Ally McCoist did not hesitate with stark admission after Celtic thumped Rangers
1 month ago
Your guide to a huge weekend of football, rugby and Formula 1 and how to stream it all
Next Page