"I was already taking my jersey off!" - Andrew Omobamidele's post-match interview was so pure

What dreams may come for Andrew Omobamidele.

The 19-year-old from Leixlip showed us all against Portugal, last Wednesday in Faro, that he has what it takes at international level. He came on against a star-studded Portuguese side, after Dara O'Shea was injured, early on, and looked like a 30-cap veteran.

END_OF_DOCUMENT_TOKEN_TO_BE_REPLACED

Stephen Kenny did not play the 19-year-old against Azerbaijan, but he handed him a first competitive start against a Serbia team full of players that operate in Champions League, La Liga, Bundesliga, Premier League and Serie A circles.

Gavin Bazunu may have left the Aviva Stadium tonight with the Man of the Match award, but Omobamidele was the best defender on show, from both sides. On three occasions he made vital tackles or clearances to prevent Serbian goals.

Such was his whirlwind night though, and a sign of the confidence this guy has in his own game, that many of us were left talking about his rasping drive that almost won all three points. 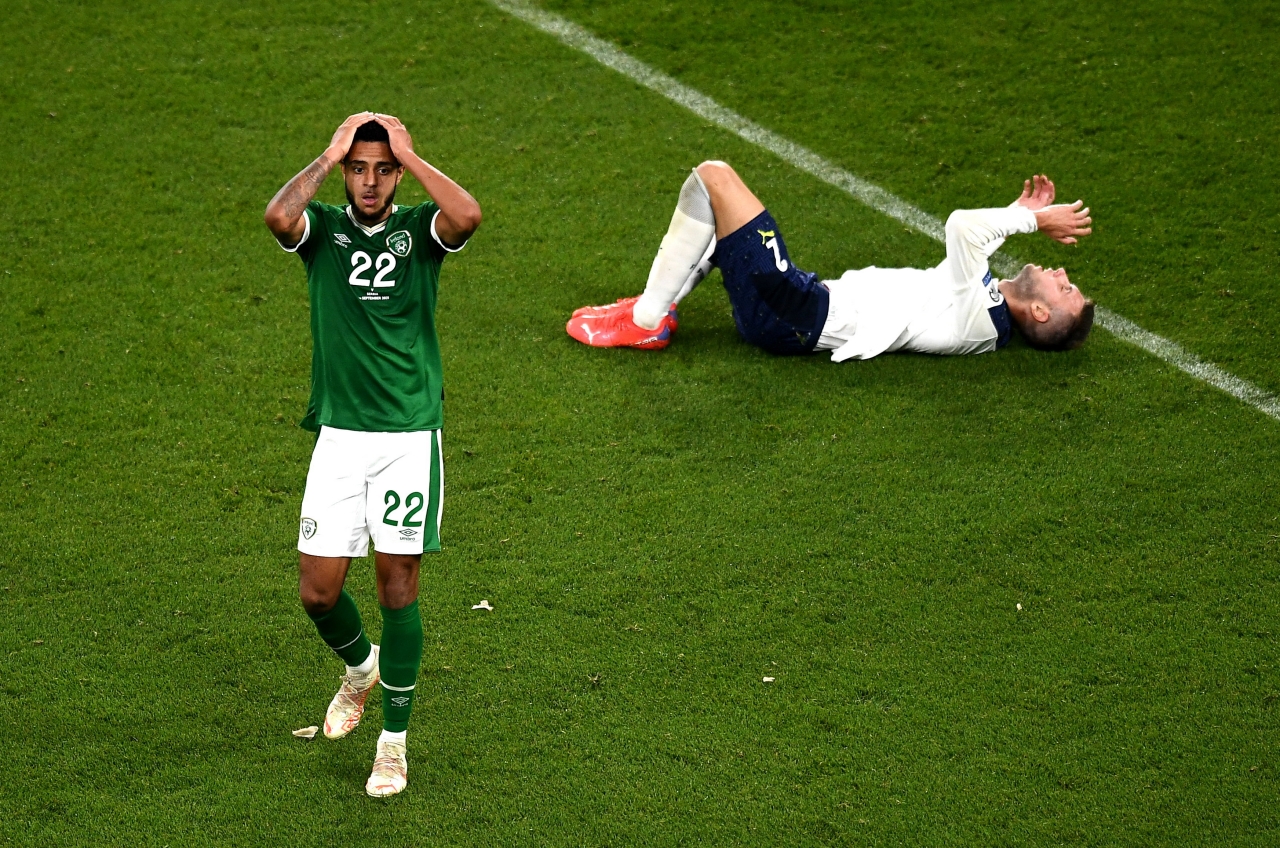 Andrew Omobamidele reacts after missing a late chance to win it against Serbia. (Photo by Ben McShane/Sportsfile)

END_OF_DOCUMENT_TOKEN_TO_BE_REPLACED

With the scores level at 1-1, and the game in added time, the Leixlip native unleashed a rocket that Serbia goalkeeper Predrag Rajković was at full stretch to keep out.

"I thought it was in," Omobamidele told RTÉ after the game. "I was already taking my jersey off when it left my boot!"

Having impressed in the Championship with Norwich, last season, the young defender has only made one senior appearance so far this season, in the League Cup. He credited the older players in the squad for helping him settle in.

As for where Ireland can go from here, Omobamidele is convinced there are even better days and nights ahead. "We've learned that we can play," he declared.

"The nation have to try their best to keep their faith in us. We saw against Portugal, with their world class players like Ronaldo and Fernandes, that we went toe-to-toe with them for the majority of the game.

"This part of the campaign has obviously been disappointing with with two draws and one loss but I think we can take a lot from it."

Andrew Omobamidele chats to @corkTOD after an impressive start on his first start.
Luckily he had Shane Duffy to coach him through interview

Interview assist for Shane Duffy there too.


popular
"To be able to call myself the fastest man in Irish history is just amazing" - Olatunde overjoyed after record-breaking run
“Players flourished when Roy Keane left” - Rio Ferdinand on why Keane was a 'detriment' to Man United
The moment Israel Olatunde realised he qualified for the Euro 100m final is what it's all about
Jamie Carragher on the three Man United players Erik ten Hag can't trust
Wexford, Waterford and Kilkenny down some good men as Australia calls
"I went up to the Italians and gave them a big auld shoulder" - Paul O'Donovan does it again
Jurgen Klopp reacted like everyone else to Darwin Nunez headbutt red card

You may also like
1 week ago
"I remember just hugging this Irish guy" - How one Kiwi rugby star reacted to Ireland's historic series win
2 weeks ago
Eight Ireland players make final cut in 'World Class' 33-man squad selection
3 weeks ago
The Top 20 rugby players in Ireland, right now
3 weeks ago
Six Irish players make damn impressive 'World XV' that would take some beating
3 weeks ago
The frontrunners for Ireland's 33-man squad for the 2023 World Cup
3 weeks ago
All Blacks media manager explains why Ian Foster appearance was cancelled after Ireland defeat
Next Page