Ireland were indebted to Gavin Bazunu and a fortunate own goal but finally got a slice of luck that their endeavours merited. Our player ratings have some top young performers.

Both sides went at each other in the opening 20 minutes, but it was Serbia that had the better chances. Jeff Hendrick and Andrew Omobamidele were the best of the Irish out-field players while Gavin Bazunu was impressing in goal again.

Despite some bright moments, Ireland fell behind again. The Serb opener came when Sergej Milinković-Savić dashed past the front post and flicked a fine header past the out-stretched Bazunu. 1-0 at the break. 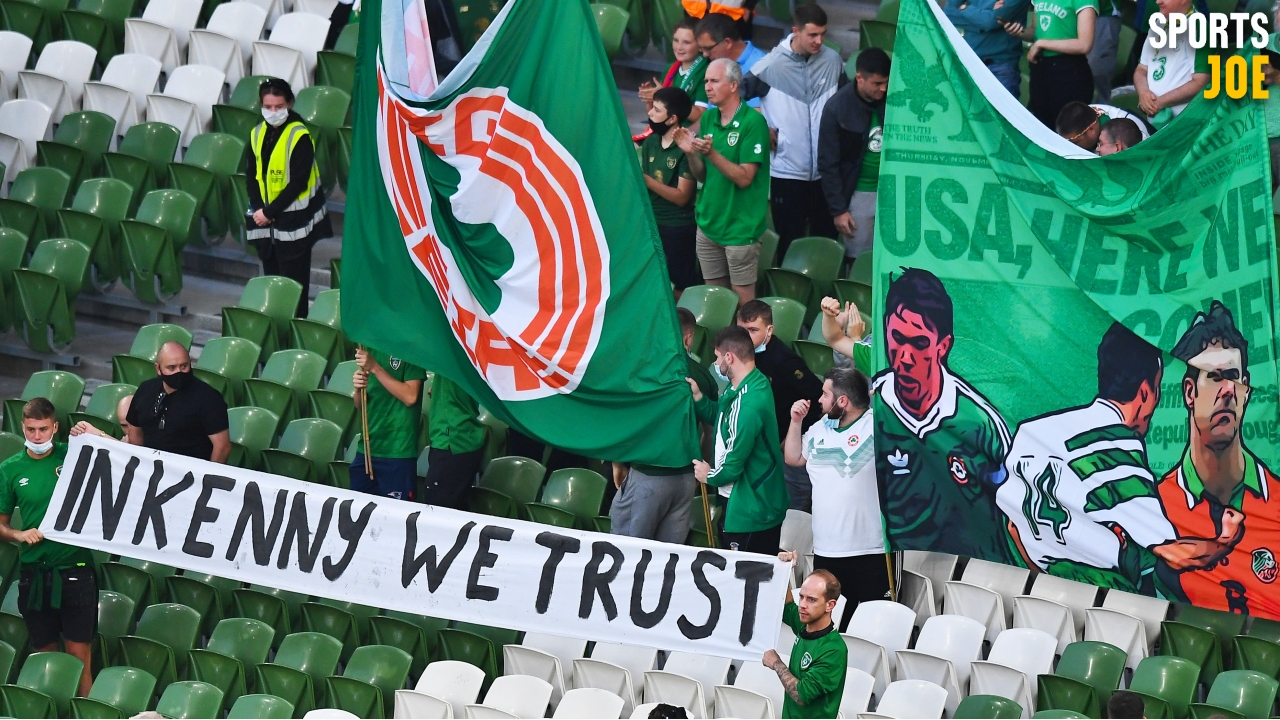 Republic of Ireland supporters before the Serbia game at the Aviva Stadium. (Photo by Ben McShane/Sportsfile)
Advertisement

The second half saw Serbia press forward in an attempt to seal their victory. For a 10-minute spell, it was Serbia versus Gavin Bazunu. They created some clear looks at goal but Bazunu was equal to them.

END_OF_DOCUMENT_TOKEN_TO_BE_REPLACED

After a string of saves, Bazunu was rounded by Filip Kostić and Serbia looked set to go 2-0 up, but James McClean sprinted back to save the day.

Just as hope was fading at home - the Irish fans at the ground were cheering and urging all night - luck went Ireland's way. Serbia struggled to clear a cross into the box and a hacked attempt caromed off Milinković-Savić for an own goal. The Aviva Stadium erupted. Ireland were level.

Omobamidele was so close to being the hero, but Serbia clung on. 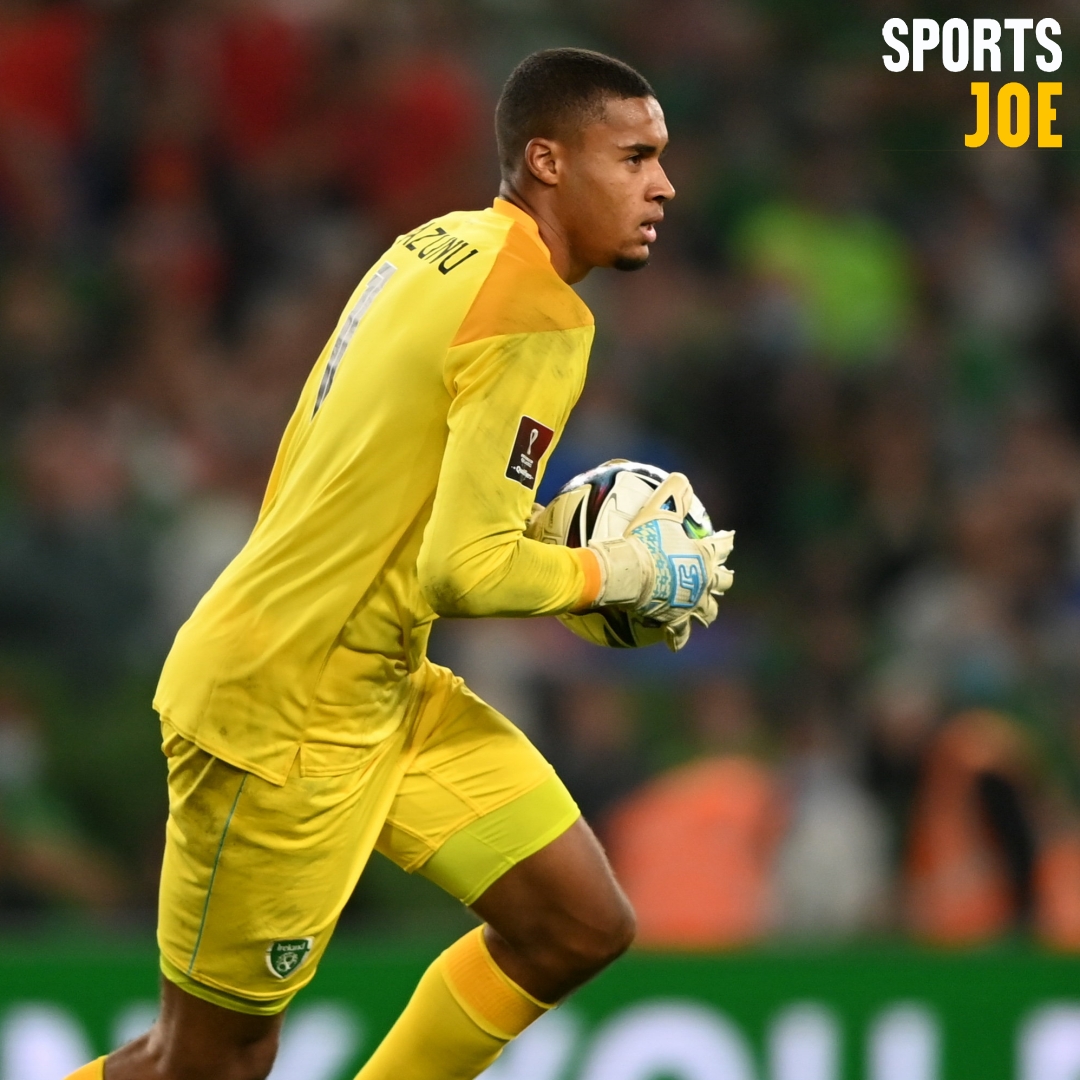 Made a good early save from Vlahovic after a Duffy error. Started strongly with a couple of stops from low drives and coming out well for crosses. Caught on the wrong foot for the Serbia opener. Produced a fine save to deny Mitrovic and then thundered out to punch away a dangerous cross. Pulled off two excellent saves with his legs in the second half and commanded his box.

Bombed forward well and created a couple of chances. Made one chase back and tackle on Mitrovic.

Was needed to dash in for a goal-saving clearance when Tadic thought he had Vlahovic picked out. Made another last-ditch tackle, on 69 minutes. Stepped up again, minutes later, when Bazunu had made another stop. Stung the goalkeeper's palms with a shot, at the death.

Not an easy night, up against Mitrovic and Vlahovic, but did his best to make life awkward for them.

The captain almost wrapped up a Serbia opener for Vlahovic after mis-controlling the ball. Made up for it with a couple of good clearances, soon after.

Needed to fling himself at Milinković-Savić to prevent him with a clear sighter of the Irish goal. Influence not as prominent as the last two games after three starts in seven days.

Nudged his man off the ball before just thwacking a low effort wide. Caught on the hop for the Serbia opener. Commanded a free kick after McGrath was fouled, but his effort was tame. Almost slipped Idah in for a one-on-one.

Crossing was much better, especially in the first half. Put in a devilish cross that Idah should have scored from. Kept it up in the second half in a much improved performance. Hared back to save the day when Filip Kostić had rounded Bazunu and looked set to score.

Was clear through on goal and about to pull the trigger when Duricic cynically hacked him down. Showed some nice touches under pressure and is definitely worth giving more starts too.

Out-jumped for the Serbian opener, at the corner. Got up in support of Idah whenever he could. Made a hash of one good McClean cross.

Real striker's instinct was lacking when McClean curled in a tempting cross - was late to react and ended up getting a yellow for a high boot. Worked hard all night but should ask for a tape of the game to see how Mitrovic played.

Shame he wasn't fully fit for these three games.

Poor touch at the edge of the box spurned a chance.

Wasted one corner by going short and losing possession.

Made his presence felt.