Garnacho has impressed for Man United this season.

Alejandro Garnacho is attracting interest from several European clubs as he negotiates a new contract with Manchester United, according to reports.

Garnacho has been a break-out star for Man United this season under Erik ten Hag. The 18-year-old has made 15 appearances for the Red Devils in the current campaign and scored twice, including a late winner against Fulham back in November.

On Saturday, Garnacho came off the bench to set up Marcus Rashford's winning goal against Manchester City. The Argentinian winger currently has 18 months left on his current deal but has yet to agree on a new contract. 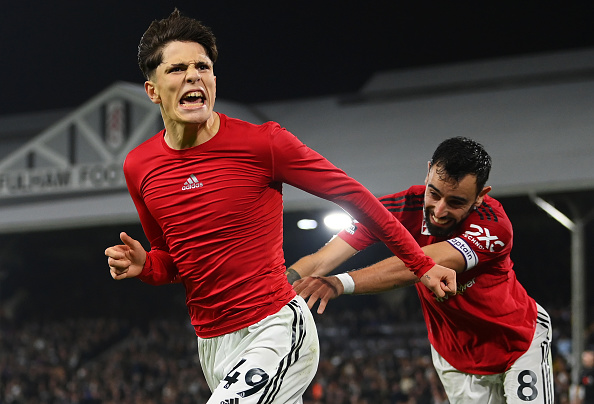 END_OF_DOCUMENT_TOKEN_TO_BE_REPLACED

Real Madrid and Juventus are monitoring Garnacho's contract situation and are interested in signing him, according to The Independent.

Garnacho, 18, is currently locked in negotiations with Man United about a new contract. The winger's deal runs until the end of the 2023/24 season, and his representatives have reportedly rejected the Red Devils' opening offer.

END_OF_DOCUMENT_TOKEN_TO_BE_REPLACED

Man United are said to have offered Garnacho, who currently earns around £7,000 a week, a new contract worth £20,000 a week. The player's representatives reportedly believe that United's opening offer doesn't reflect the player's potential and role in the team.

The club are said to be urging Garnacho to take a long-term view, and stressing that the money will come if he focuses primarily on football -  a view that follows Alex Ferguson's approach to renewing contracts for young players. 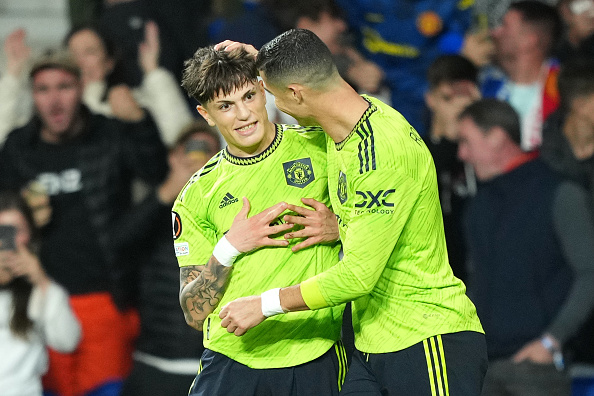 Yet, Garnacho's ability means that, if Man United do not pay him the market rate, he will earn it elsewhere, particularly if he joins a European club on a free transfer in 2024.

END_OF_DOCUMENT_TOKEN_TO_BE_REPLACED

Real Madrid's transfer policy in recent years has seen them opt for potential world-class young players, rather than signing established elite players - Galacticos - as they did in the past. While Juventus regularly sign players on free transfers.

Garnacho would be a prime transfer target for both European giants. The winger was born in Madrid but represents Argentina, the country of his mother's birth. Garnacho joined Man United from Atletico Madrid in 2020.