Funnily enough, no Manchester United players made the cut.

Jose Mourinho has named six Liverpool players in his Champions League team of the season.

Mourinho, who won the competition with Porto in 2004 and Inter Milan six years later, was asked to pick a best eleven from this season's campaign for beIN Sport.

Unsurprisingly, his team was dominated by the eventual winners, who saw off Tottenham in Saturday's final in Madrid to claim the club's sixth European Cup.

Goalkeeper Alisson was joined by defenders Trent Alexander-Arnold, Virgil Van Dijk and Andrew Robertson in Mourinho's XI. He also opted for Mo Salah and Sadio Mane in two of the more advanced positions. 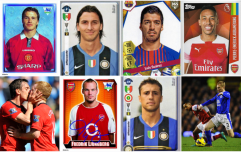 END_OF_DOCUMENT_TOKEN_TO_BE_REPLACED

Earlier in the competition, the former Chelsea manager was able to steer Manchester United through the group stages - their passage secured with a late Marouane Fellaini winner against Swiss champions Young Boys of Bern.

Mourinho (and Fellaini) were no longer at the club by the time they faced Paris Saint-Germain in the last 16 stage.

Jose Mourinho has named his team of the Champions League. pic.twitter.com/1VWaoIOlKS